A fire believed to be electrical in nature caused significant damage to a Vandalia home on Monday afternoon.

Vandalia’s volunteer firefighters were called to the home of the Joe Hicks family at 319 S. Pine St. at 1:18 p.m. for a report of smoke in the upper area of the home.
Upon their arrival within three minutes, Fire Chief Keith Meadows and Police Chief Jeff Ray walked through the residence and found only a small amount of smoke in the upper level.
However, Meadows figured out that there was fire above the ceiling because of the extreme heat upstairs. “It got hot and real smoky real fast,” he said.
Firefighters were able to determine that the fire had been burning for some time in the rafter area of the home, with Meadows believing that it started in a void above the ceiling in an upstairs bedroom.
Firefighters then began ventilation efforts, including cutting holes in the roof, while Meadows asked for mutual aid assistance from the Brownstown Fire Department.
Firefighters from the two departments were at the scene for about three hours, and returned twice that evening and once on Tuesday morning for reports of the fire rekindling.
Meadows said that Hicks told him that he had a breaker trip twice, and after resetting it the second time, he smelled smoke and “noticed a little haze.”
The fire chief estimated the damage to the home and its contents at $75,000. 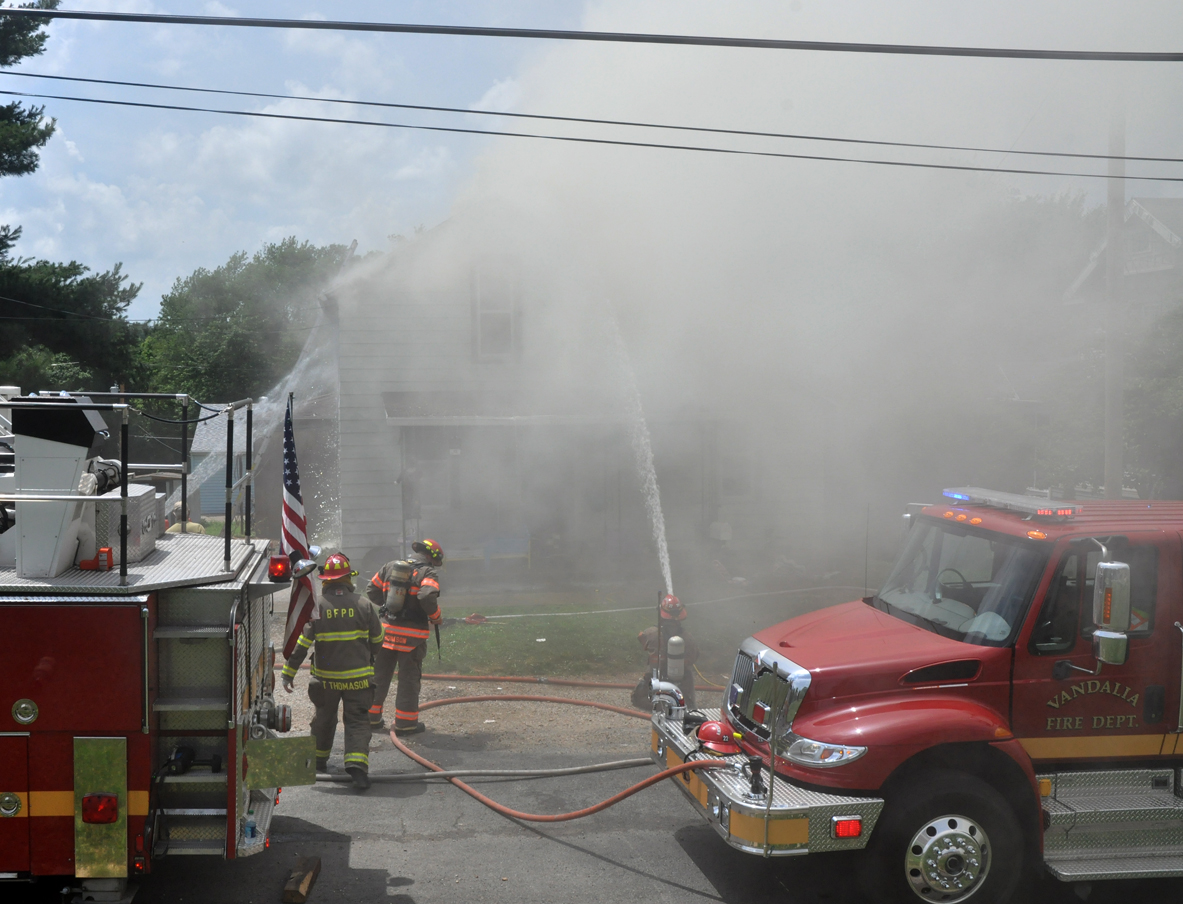 Battling heavy smoke that sometimes covered half a block, Vandalia and Brownstown firefighters work to extinguish the blaze at the home of the Joe Hicks family on Pine Street on Monday afternoon. 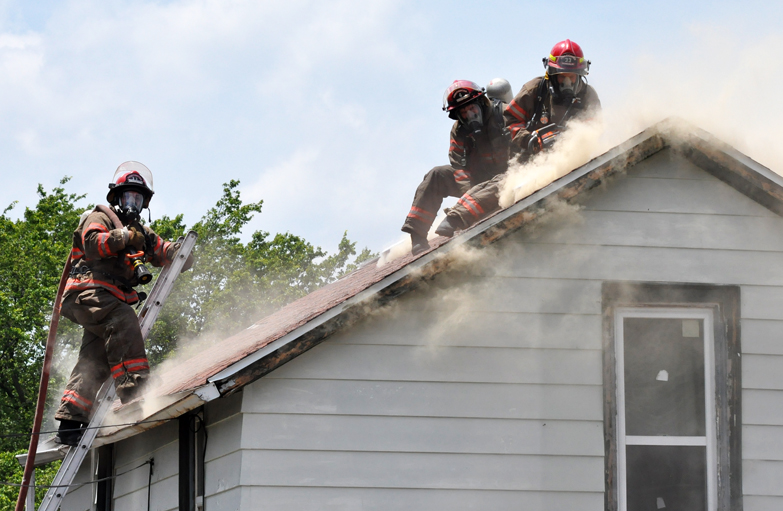