VANDALIA – Zach Schaal struck out 15 and was one of three players with two RBI as Post 95 broke a four-game losing streak with a 7-2 win against Centralia in the first game of Tuesday’s Jr. Legion doubleheader.

Schaal struck out at least one batter per inning, and three times recorded three punch outs in an inning to even his season record at 2-2.

He battled a bit of wildness, with two walks and three hit batters, but only allowed a pair of runs in the second inning. He stranded six runners in scoring position and allowed five hits.

Michael Sloan ripped a two-run single to right in the bottom of the first, and Vandalia took the lead for good in the third when Cole Horner walked and scored on a wild pitch.

The offense continued in that inning, however, as Dawson Enloe rifled a two-run single to center for a 5-2 lead.
Schaal then delivered a two-run single in the fourth to finish off the scoring. He was the only player with two hits for Vandalia (5-10).

Horner and Ryne Dangbar each scored a pair of runs for Post 95, which earned its first sweep of the season by winning the second game.

Vandalia stays at home on Friday for a doubleheader against Altamont, and travels to Kinmundy to meet South Central on Saturday.

Next Monday, Post 95 travels to Salem, and next Tuesday travels to Robinson. 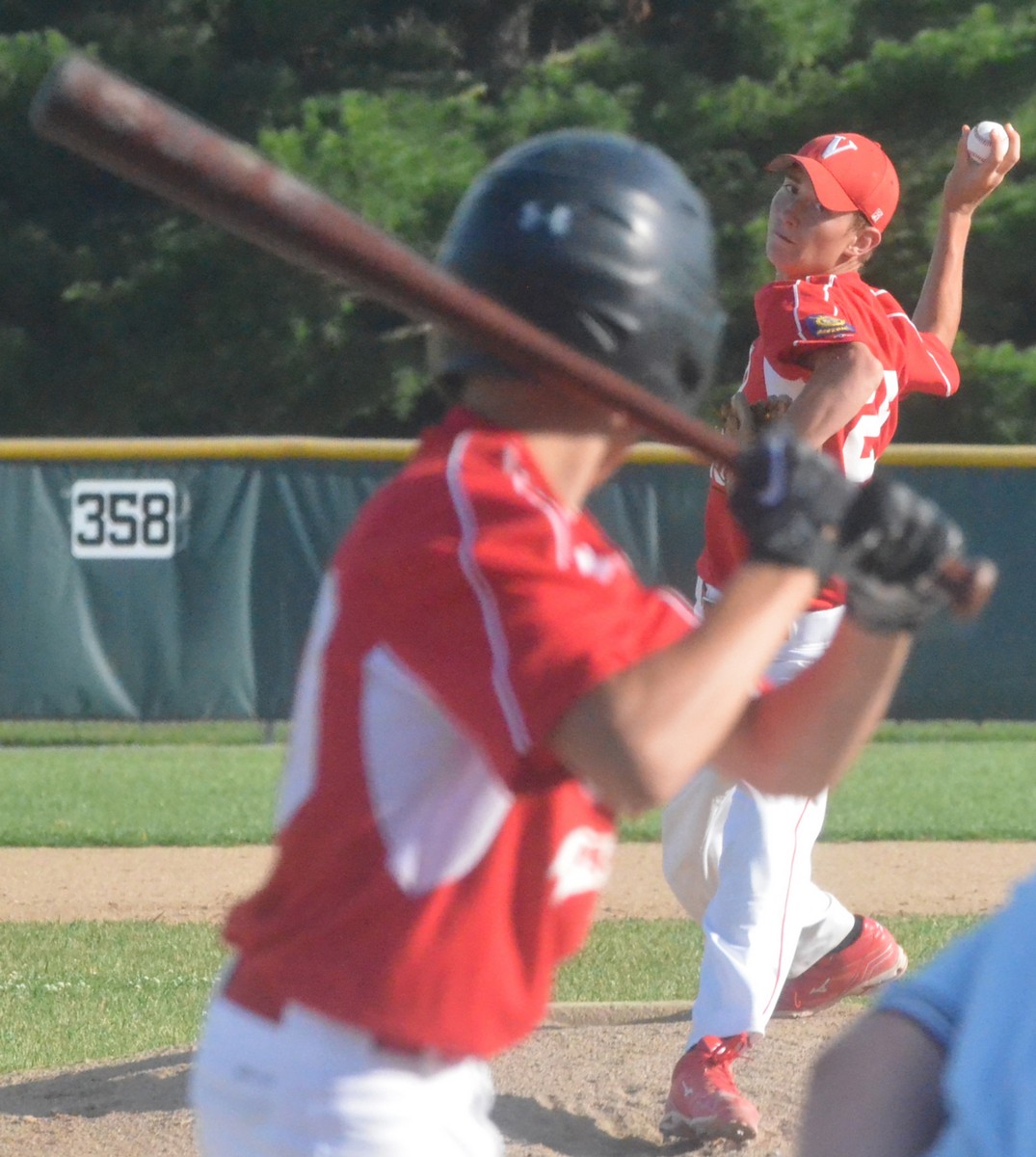 Vandalia’s Zach Schaal fires a pitch to a Centralia batter during a 15-strikeout performance in the first of two wins on Tuesday. 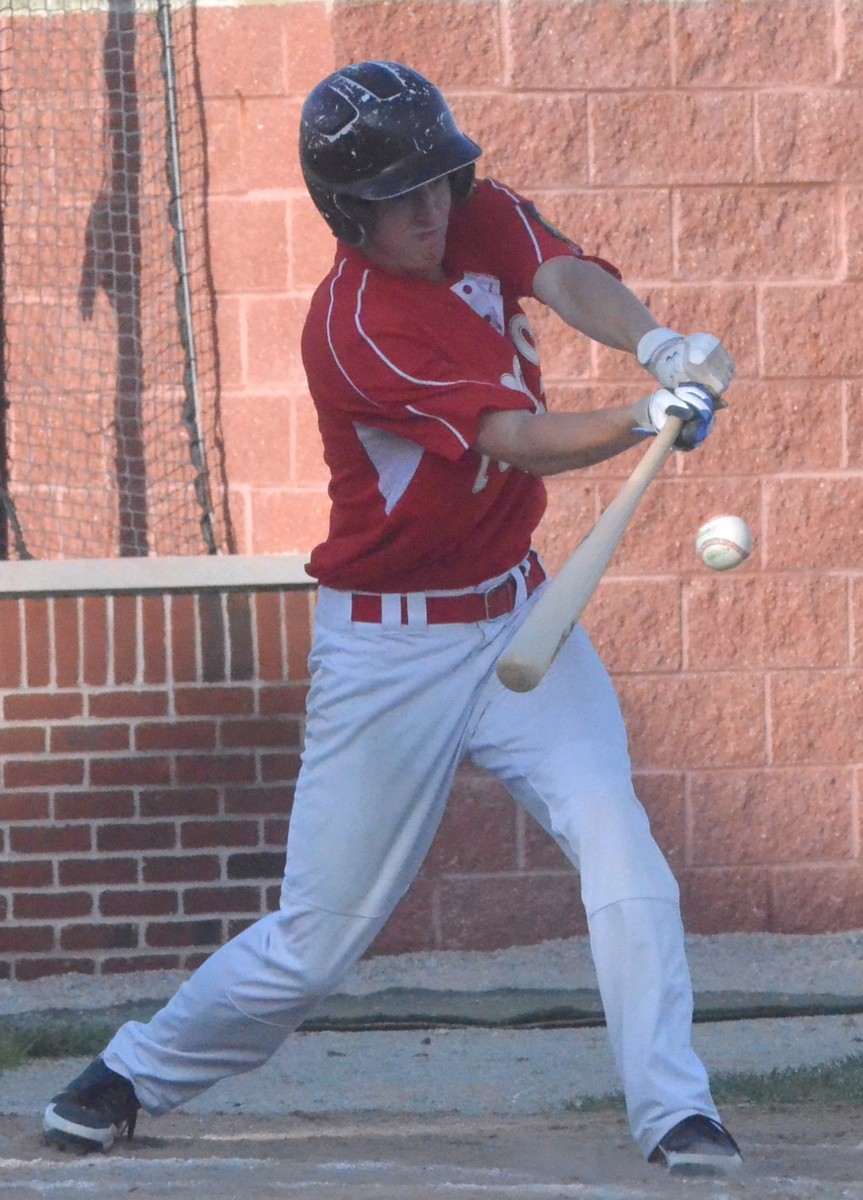 Vandalia’s Noah Murray puts the ball in play during Tuesday’s win against Centralia.