For the past couple weeks, I haven't written anything up, because there just wasn't much to write about, with the same drivers running up front and many of the same results at Fayette County Speedway.

It’s up to the racers to change all that and there have been some drivers diligently working to find just a little more speed, and on Friday night, that work started to show in week nine action.

On another great night of racing, there was a breakthrough for one of the track’s most popular drivers.

With the weather being hot and dry throughout the week, most drivers showing up at the track thought they knew what to expect from the racing surface – dry, smooth, and slick, which is the norm this time of year and most racers are set up and prepared for just that.

This week, the humidity and moisture in the air threw the racers a curveball.

The track crew watered the track on Friday afternoon, as is normal, but Promoter Charlie Depew said, "The humidity just didn’t let it dry much."

As racers made their way up to inspect the track, they were surprised and excited, some more than others.

Each racer has his or her own individual style – some hard and heavy, and some smooth and soft – which means a driver generally prefers a certain type of track conditions.

When the modifieds took the track for their heat races, it was still early in the night, and the racing surface was still a bit slimy, so traction was at a premium for the races.

With that being said, this area boasts some of the country’s best modified drivers.

Heat No. 1 saw Larry Anderson move out to an early lead until Craig Kern ran him down. Slight contact on the front stretch surprised Anderson as he was unaware Kern was coming.

Anderson slowed, thinking his car was experiencing mechanical failure when in actuality it was just a bump from Kern, so the caution flag waved and Kern took over the lead. From there, he drove away.

In Heat No. 2, Mike Harrison did his usual drive to the front and drive away. Mississippi driver Josh Tomlin was doing everything he could to keep in touch with the former national champ.

The dash was a battle between Kern and Harrison, with Harrison showing the way at the checkered flag.

Kern is one of those drivers who is striving for more speed, and in doing so each week, is the current points leader.

Generally, if you want to win at FCS, you’re going to have to beat him, but he still hadn't clinched a victory in the first eight weeks.

On Friday night, though, nobody could beat him.

Actually, nobody could touch him.

Late in the race, Kern had nearly a one-lap lead, racing all the way around and rejoining the field from the rear, with second place only a few car lengths ahead.

Kern remained hard at it, and took the checkered flag in his first victory of the season.

When the B-mod heats took to the track, the slime was beginning to blow off. As the surface changed from slimy to sticky the cars moved up the track to gain momentum and speed.

The top groove was beginning to get a bit rough right up against the cushion, but the line up there was too good to pass up for most racers.

High-flying and fast was the trend here.

The B-mod class has had great competition all year, with drivers moving into this division from all different areas of the sport.

Now approaching midseason, several drivers are starting to rise to the top. In Heat No. 1, two of those drivers – Jared Morrison and Robbie Eilers –  duked it out for the win, with Eilers grabbing the checkered.

Heat No. 2 saw BJ Deal chasing a hot-handed Billy Knebel Jr. to the finish. In the dash, Knebel gained momentum by beating out a hard-charging group of cars in Eilers and Deal.

As the feature began, Knebel drifted back, as Eilers and Deal moved past, and as usual, Eilers jumped out and began stretching his lead, but this week, Deal searched high and low for the best traction.

He found a dangerous, but fast, line up on the cushion.

With several laps to go, Deal found himself right behind Eilers and sniffing the lead, when all of a sudden, the choppy racing surface became too much for his car, causing the power steering to fail.

Deal limped around to finish in second place but was unable to challenge Eilers for the win.

The season-long battle is just heating up between Eilers, Knebel and Deal.

Walker has found himself in a tight battle for the UMP national points lead with fellow driver Dan Pilkington.

Walker, only five points behind, decided to go and challenge Pilkington on his home turf to try and take those five points away.

He was successful, picking up his ninth win of the season and taking over as the current national points leader.

What that meant for FCS drivers was that the door was wide open for someone to pick up their first win.

All they had to do was beat current track champ, Steven Fohne. The fight was on.

In Heat No. 1, Fohne wasn’t going to make it easy on anybody, winning and locking himself in on the pole for the feature.

In Heat No. 2, Dustin Pruett finally decided to come out and play, jumping out and dominating for the win, setting up a dogfight for the feature.

Fohne would take the lead early, but Jacob Tompkins and Pruett were both hungry for wins.

A 15-lap battle showed the fans three-wide racing throughout. Fohne stayed smooth on top against the cushion, and lap after lap, Pruett was diving to the middle, trying to find something to get by on.

Tompkins, who has been solid all year, also wanted to grab his first win, working the bottom of the track with precision, challenging every corner with all three cars under a blanket.

They ran the entire race like it was the last lap, every corner had the potential to change the outcome.

In the end, Fohne held his line and took the win.

In the hornet class, Heat No. 1 was won by Chris Wright, followed by Eldon Hempkin.

In Heat No. 2, Kyle McMahon and Jay Gordon raced for the lead, with McMahon taking the top spot.

The feature saw Hempkin pick up his second win in a row, while being chased by current point leader David Bolyard and third-place finisher Jason Bolyard. Kate Smith finished fourth.

Over the past few weeks, the racers and track crew have raced with heavy hearts after the loss of two racing family members.

On May 18, Marsha Smith, mother of track official Jason Smith and a long-time track cook, died.

Smith was – and will always be – remembered as a beloved family member and part of the track crew. She was famous for her sandwiches that drew in racers from all over the state.

Draege – father of Aaron, Jake and Colton, and stepfather to Michael Meyer and Emalie (Meyer) Babb, who are all dirt track racers – was a permanent fixture and a rock for anyone who knew him.

Racing is a family sport, and everyone who goes to the track weekly feels as if they are part of a large family.

These were two prominent family members who will be missed and remembered for years to come.

The next event is on Friday June 13.

Also, the rained out POWRi Midgets race has been rescheduled to Friday, June 27. 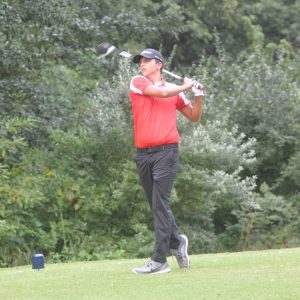