On Thursday, May 8, five eighth-grade students from Ramsey Junior High participated in the Illinois State History Fair held at the Prairie Capital Convention Center in Springfield.

Willow Greenman, Bailey Smith, Travis Strobel, J.W. England and Caleb Brown were accompanied by Bill Eddy and Janie Strobel.
In order to be able to participate in this event, projects had to advance from two previous history fairs. Both groups received superior scores at the Ramsey History Fair on Feb. 20 and the Eastern Illinois History Fair on March 22.
Strobel, England and Brown participated with their research project that focused on Al Capone. The students received a score of “excellent” on their project in Springfield.
Greenman and Smith had a research project that focused on the Great Chicago Fire and some of the theories on how it started. They received a “superior” score on their project, and it was chosen to be displayed at the Abraham Lincoln Presidential Museum and Library from May 27-June 6.
During the closing ceremonies at the Illinois State History Fair, it was estimated that there were nearly 13,000 projects that started out at the local history fairs throughout the state, and only about 400 projects (about 3 percent) made it to Springfield. 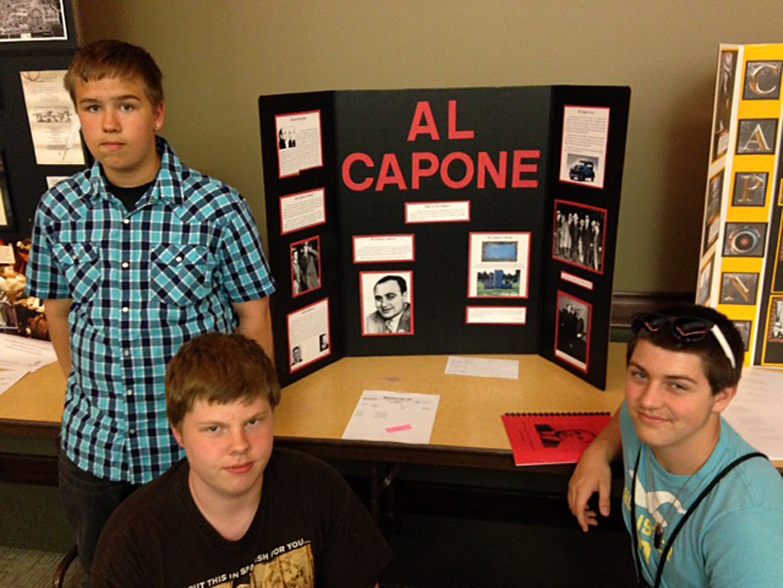 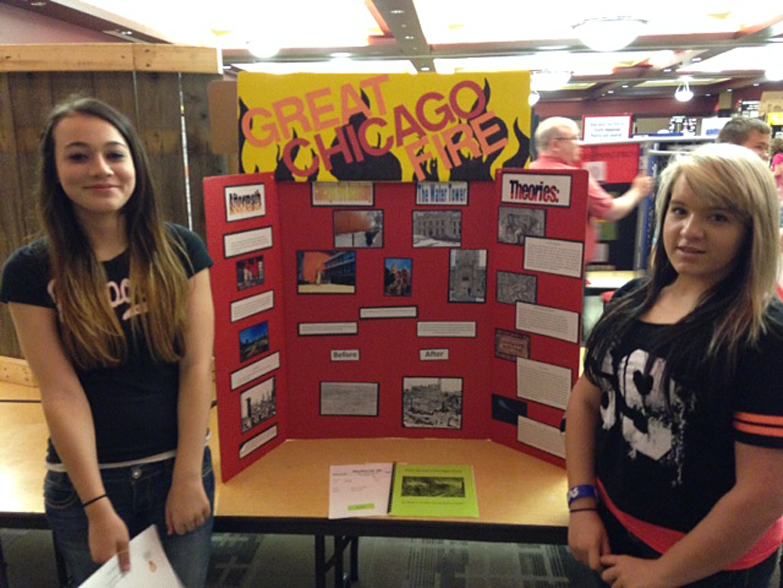