CHARLESTON – Patoka/South Central sophomore Chase Riley improved on his seed by eight places at last Thursday’s state track meet, despite running a slower time than he did at sectionals in the 200-meter dash.

Riley ran a 23.27 – a 10th of a second slower than he ran when he finished second at the Newton Sectional – but that was good for 14th overall at the Illinois High School Association Class 1A state preliminaries at O’Brien Stadium on the Campus of Eastern Illinois University.

It was an improvement over his state debut. Last season, he ran a 23.87 to finish near the bottom of the pack.

The cutoff for finals this year was 22.64 seconds, and the state champion was Illini West junior Jacob Sholl, who ran a 22.01.

The 4X200-meter relay team of juniors Tyler Back, Sean O’Leary and Kasey Nance, and Riley finished in 34th, with a 1:34.78, about half a second short of its sectional time.

With all four athletes returning, the Warriors have a chance for redemption if they can qualify for next season’s state meet. Patoka/South Central’s Sean O’Leary (left) takes the handoff from Tyler Back in the 4X200 relay at last Thursday’s state preliminaries. 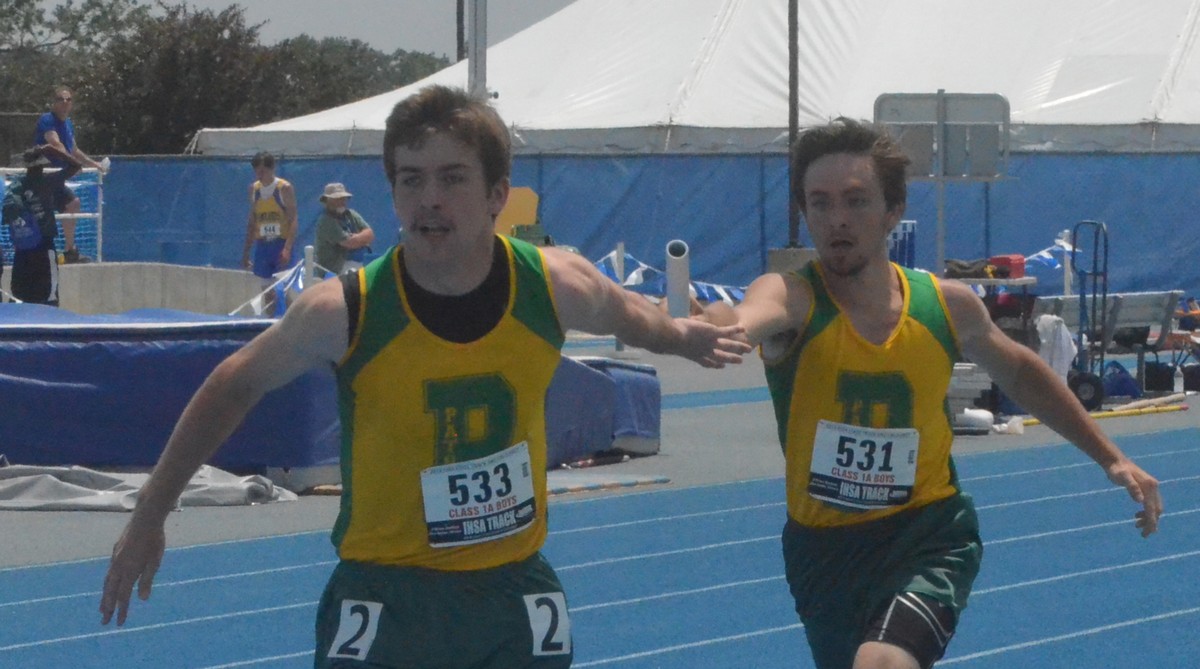