The city of Vandalia has taken another step toward repairing a badly deteriorating bridge north of town.

It also has taken another step to prevent motorists from using that bridge.
The city council on Monday night voted to have Hurst-Roche Engineers of Hillsboro perform a “special feature bridge inspection” on the bridge on Thrill Hill Road, west of U.S. Route 51.
The city will pay the engineering firm $1,000 for that service.
After that agreement was approved, Mayor Rick Gottman reported that he has asked Scott Hunt of H-R to search for state grants that would fully fund the work needed on that bridge.
Later in Monday’s meeting, Gottman reported that some motorists have continued to move barricades and drive over that bridge.
At the beginning of May, the city learned that the bridge was deteriorating, and placed barricades to keep motorists from using the structure.
Later in the month, Gottman reported that some motorists, including those in heavy trucks, were moving the barricades and driving across the unsafe bridge.
He said that had the motorists gotten out of their vehicles and looked under the bridge bed, they would not have driven across it.
Monday, the mayor said that because the barricades are still being moved and the bridge driven across, the city needed to take another measure to close off the structure.
Gottman suggested buying and installing log chains across the bridge entrances, and some aldermen talked about leasing concrete barriers.
Ultimately, Gottman took Public Works Director John Moyer upon on his offer to place gravel at both sides of the bridge.
By Tuesday, city workers had taken that action. 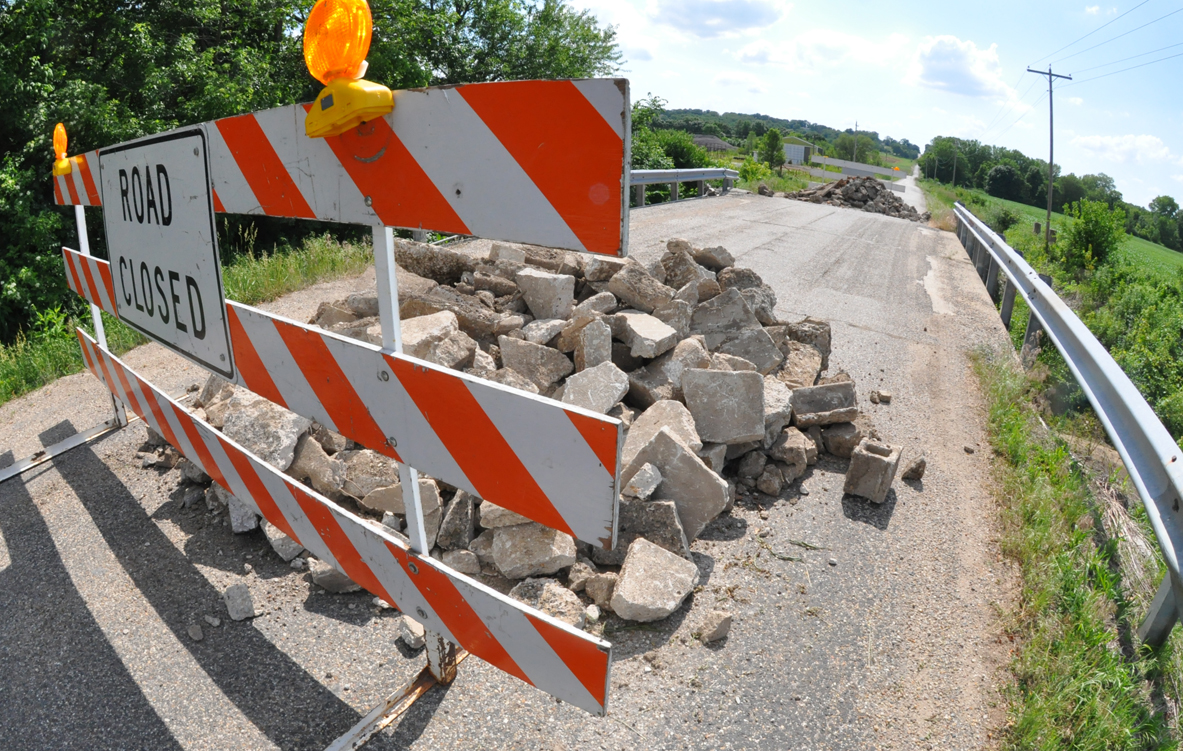