This week’s Mystery Banks Photo: This young man, shown more than six decades ago, grew up in the Vandalia area and was part of a family of eight. He has three daughters and spends his winters in Florida.

Do you know him??If so, call The Leader-Union, 283-3374.
In last week’s Mystery Banks Photo was: Deborah Wehrle.
Identifying her were: Maxine Crager and John Schaub
This week’s Scrambler: i ma ton a trocdup fo ym tramsicscenuc. i ma a croptud fo ym nocsiedis.
Can you unscramble it??If so, call The Leader-Union, 283-3374, by 5 p.m. next Monday.
Last week’s Scrambler: You may be disappointed if you fail, but you are doomed if you do not try. (Beverly Sills)
Unscrambling it were: Juanita Workman, Lois Jackson, Dee Dee Diveley, Jan Williams, Larry Cable, Ruth Ann Garrison, Kendall Rush’s fifth-grade class, Ray Morris, LuLu’s, Maxine Crager, Cy and Lorene Locke, Wayne and Bonnie Purtilar, Vicky Workman, Diana Roe, Edith Reindl, Andrew Crosswait, Harold and Loretta Tidwell, and Ed and Doris Young. 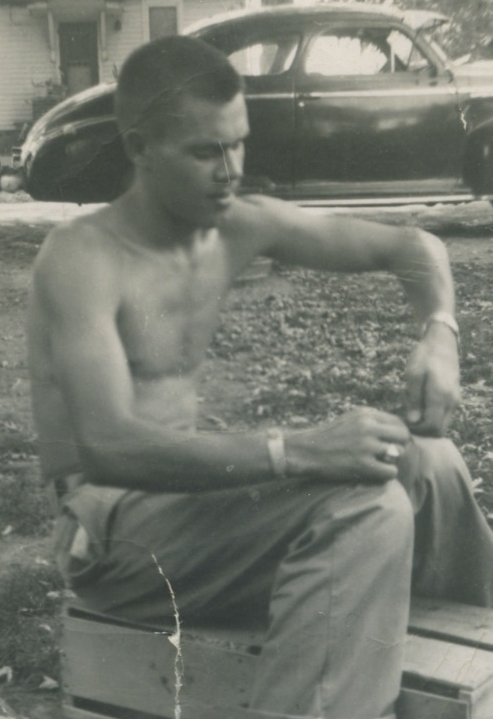