Behrends, who is 7-3 for Brownstown/St. Elmo this spring, has had a strong year overall. He went 3-5 this past fall, but he also faced many of the toughest teams in the National Trail Conference.

His biggest highlight was his 22-strikeout performance against Patoka in the championship game of the Egyptian-Illini Conference Tournament.

“It is very exciting that Jacob Behrends is going to be playing baseball at the next level,” said BSE coach Ryan Beccue. “When a player gives you the effort that he does and shows the desire that he has, it makes it that much more satisfying for this to happen for him.

“He has been a very fun guy to coach this year,” he said. “He has shown a great attitude and a good work ethic.”

The Bombers are 16-9 this spring after Behrends pitched them to a 3-2 win in the first round of the regional tournament, and they played in the regional semifinals on Wednesday afternoon.

Going into that game, Behrends was on his second five-game hitting streak of the season. 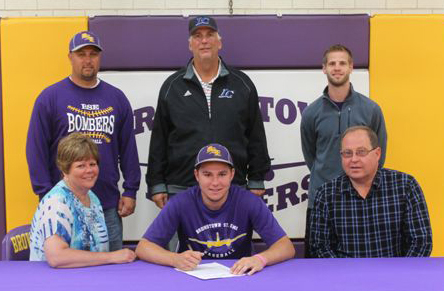