Sophomore Jalea Paslay placed first in the 800-meter run, setting a school and a meet record with a time of 2:24.12. The previous school record was held by Ashley Durbin, who in 2009 finished the race in 2:28.45.

The other meet record was set by the 4X100-meter relay team of freshmen Anna Miller, Madison Klanke and Emma Meyer, and Paslay. The four combined to place first in 52.93 seconds.

Miller placed second in the 300-meter hurdles, beating her own school record with a time of 49.51. She had set the record last Tuesday at the SCC Championships, finishing in 50.29.

Miller earned a second-place finish in the 100-meter hurdles (18 seconds), and Meyer was second in the pole vault (9 feet, 6 inches).

The boys team picked up three first-place finishes on the way to a sixth-place finish, including one new meet record. 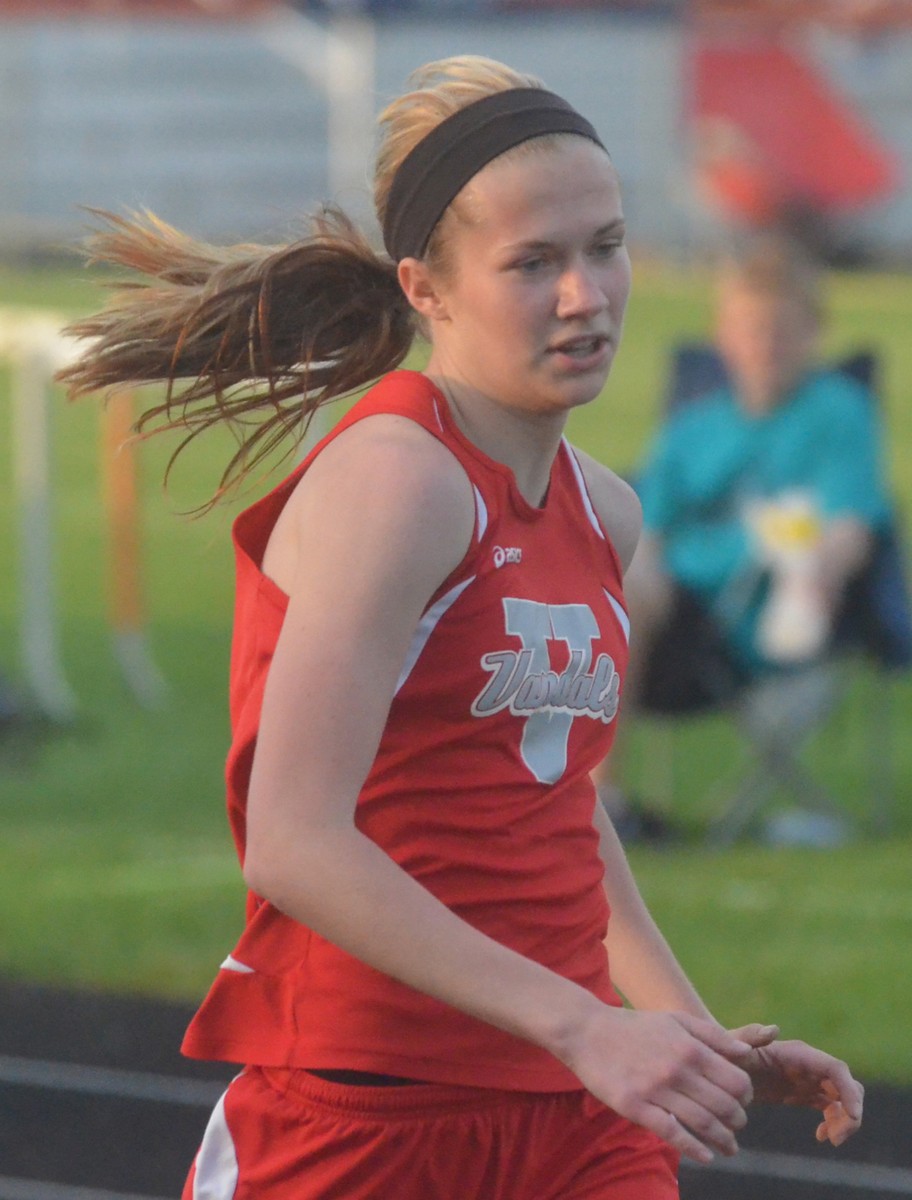 Vandalia sophomore Jalea Paslay set a South Central Conference F/S record in the 800-meter run on Saturday. She is seen above during the varsity SCC Championships last week.