He also placed first in the 200-meter dash and second in the 100-meter dash to help Vandalia to a second-place finish. 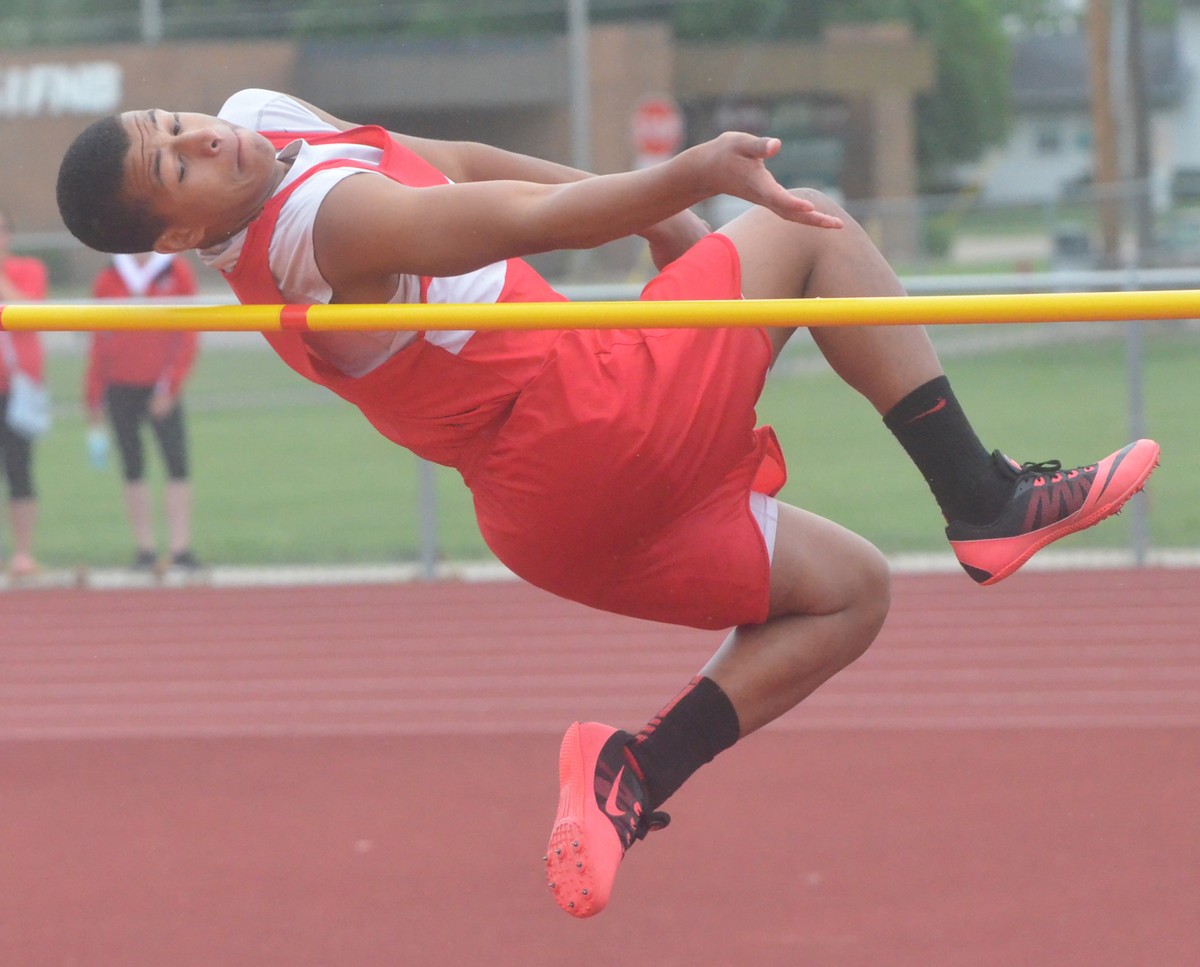 Vandalia seventh-grader Trevor Smalls attempts to clear 5 feet, 8 inches in the high jump at Tuesday’s Jr. Mid-State Conference meet. He would not clear the height, but set a conference record of 5 feet, 6 inches. 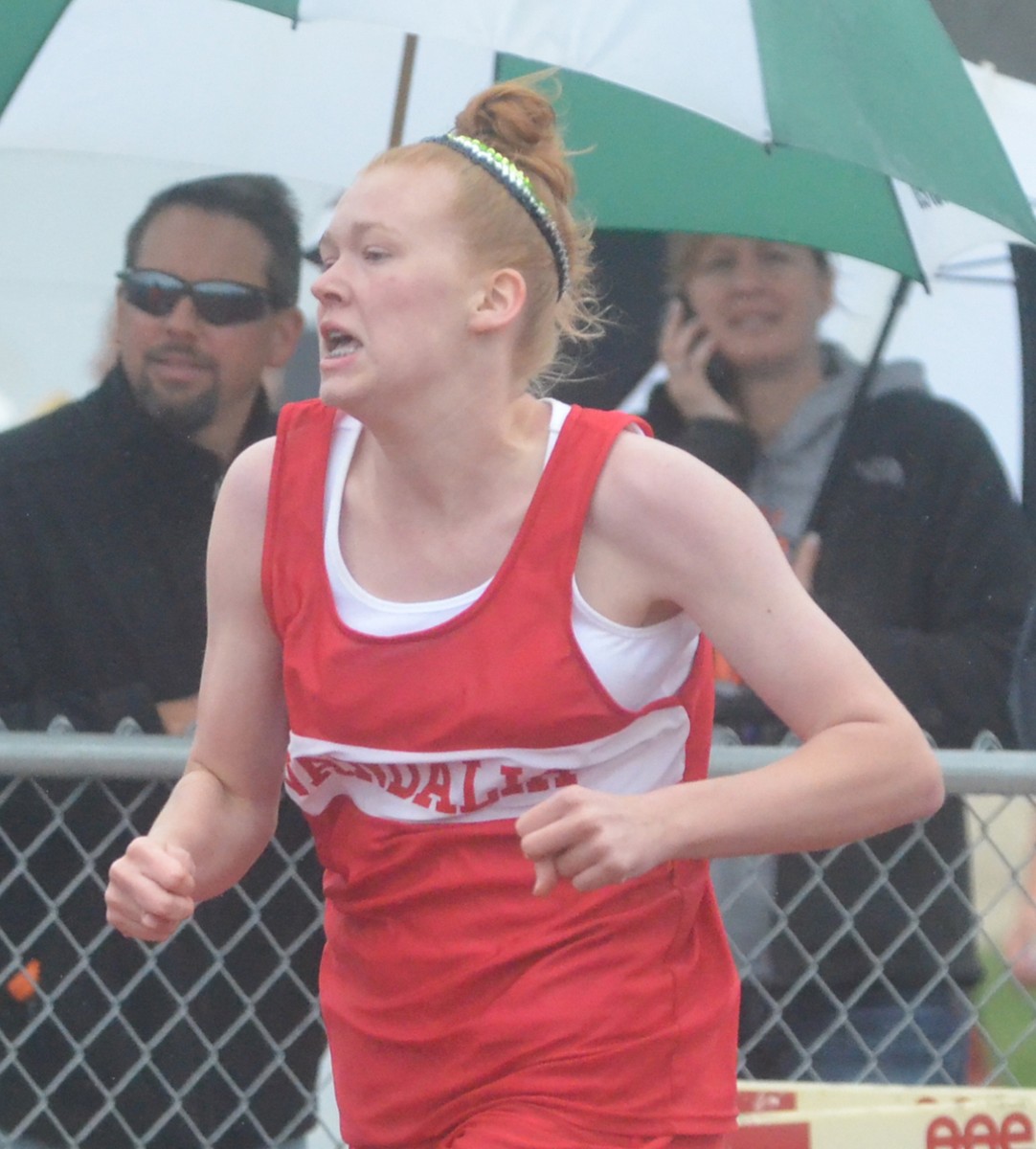 Vandalia eighth-grader Katie Tarkington closes in on the finish of the 200-meter dash at Tuesday’s Jr. Mid-State Conference meet.