Lots and lots of hitting.

Buscher estimated the team worked on its offensive stroke for an hour and a half, and it all paid off with a 9-3 win against the Lady Toppers in the first game of a doubleheader.

“Girls came in today with blisters on their hands,” Buscher said. “But we had good at-bats, good swings and the couple of girls who didn’t have hits hit the ball hard.

“That’s what we have to have up and down the lineup.”

Seniors Kylie Sellers and Taylor Well each had two hits, sophomore Karlie Bright reached base in all four plate appearances and all but one starter scored a run, as Vandalia scored nine runs for the second straight game.

That offensive support gave senior Megan Godoyo – who recently struck out her 400th career batter – her fifth win of the season from the pitcher’s circle.

She struck out 11 for the second straight game and fifth time of the season, and allowed the three runs on five hits and three walks in helping the Lady Vandals snap a seven-game losing skid.

“We’re really happy about that,” Buscher said. “We got some timely hits and put enough runs on the board.

“By no means were we world-beaters today, but it was a good win for us.”

Vandalia – which was the away team because the game was a makeup of the rained-out April 25 contest scheduled at Hillsboro – sent eight batters to the plate and scored four times in the top of the first, despite the only hit being Sellers’ bunt single.

Hillsboro committed three costly errors in the inning, the first allowing Bright to reach base on the first pitch of the game.

She would score on a fielder’s choice by Godoyo, and a two-out error in freshman Sarah Bigelow’s at-bat brought home Sellers. Freshman Molly Kern then walked, and Bigelow scored on an error during sophomore Gracie Morrison’s at-bat.

The Lady Vandals (6-17, 2-4 SCC) added four more runs in the third inning, Bright delivering a two-run single for the biggest hit of the game. Senior Brandy Protz drew a bases-loaded walk in the inning, and Well scored on a wild pitch after singling to open the frame.

Hillsboro (5-18) got two runs on three hits in the bottom of the third, and both teams scored in the fifth.

Following Vandalia’s win, the teams played a scheduled nonconference game, and Hillsboro earned a 14-4 win, even though Vandalia had more hits than in game one.

Senior Megan Godoyo was 3-for-3, and six other players had one hit, but the defense committed nine errors, as the Lady Vandals dropped to 6-18.

A nine-run third inning from Hillsboro broke open the game, and the Lady Toppers (6-18) added two more runs in the fourth and fifth innings. 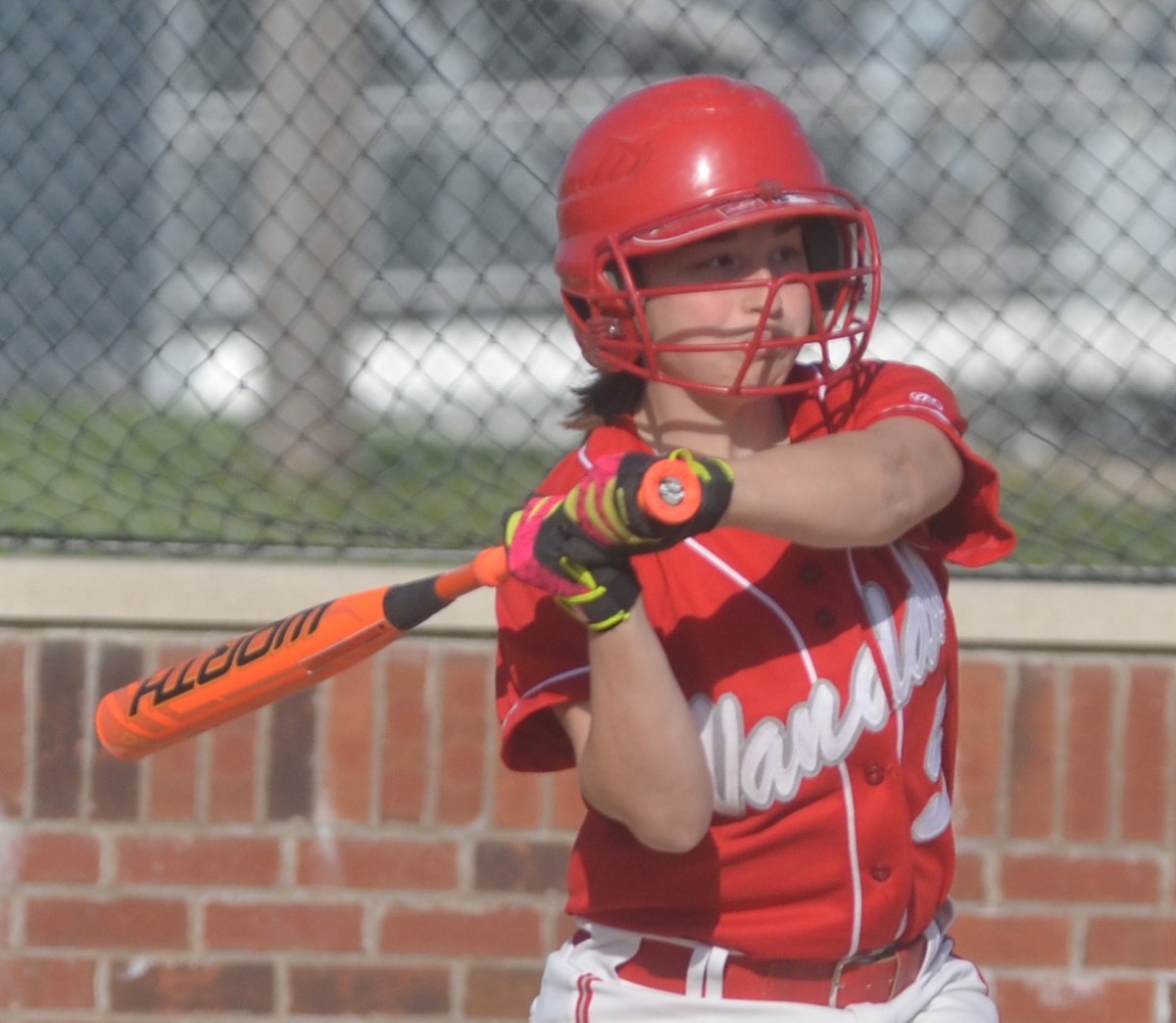