BEECHER CITY – With the temperature in the mid-80s and already having thrown a couple of innings in relief in the semifinals, it was understandable that Ramsey senior Whitney Moreland was a bit tired toward the end of the third-place game of last Saturday’s Egyptian-Illini Conference Tournament.

But with an adjustment to the pitches she threw, her tired arm never became an issue.

Moreland spotted her fastball well in the late innings, allowing just two batted balls out of the infield in the final three frames of a 7-2 win against Beecher City/Cowden-Herrick.

“We started trying to jam them on the inside, and that was big for her, because her drop ball wasn’t working for her today,” said coach Mike Jackson. “She was spotting her fastball well.”

Moreland pitched a total of nine innings on the afternoon, and struck out six Lady Eagles in the third-place game.

The only blip in her complete game against BCCH was one walk, one hit batter and a pair of unearned runs in the fifth inning. She allowed a base runner in each inning, but stranded eight runners, including six in scoring position.

Sophomore Megan Kimberlin struck a two-run double in the bottom of the first to jumpstart Ramsey’s offense. In the second, sophomore Samantha Challans had the first of her two doubles and scored on a fielder’s choice by freshman Nicole Riley.

Challans also doubled in the fourth, and sophomore Monica Fogler followed with an RBI single, one of her two hits despite playing with a sore back.

With the win, Ramsey (7-17) snapped a three-game losing streak, its longest since dropping the first eight games of the season, and the Lady Rams have had at least 10 hits in seven of the past nine games.

BEECHER CITY – Ramsey lost an early lead in the fourth inning of an Egyptian-Illini Conference Tournament semifinal matchup against Mulberry Grove, and then allowed three runs in the eighth to give the Lady Aces a 10-7 win.

Ramsey scored six times in the first inning just two days removed from a 17-4 blowout loss to Mulberry Grove in a regular-season game, but was held scoreless after adding another run in the second.

Mulberry Grove scored in three of the first four innings to tie the game, and both teams got runners into scoring position but couldn’t score in innings 5-7.

“After last Thursday’s blowout to Mulberry Grove, it was good to come up with six runs in the first inning,” said Ramsey coach Mike Jackson. “If we could have added a few more runs – even one a couple of different innings – that changes the mindset of the other team if you can hold them.”

Ramsey’s first seven batters reached base, with junior Abbi Cunningham’s two-run double being the biggest hit of the inning.

Senior Whitney Moreland and sophomore Samantha Challans each had an RBI single in the inning.

Freshman Danielle Hill had three hits in the game for the Lady Rams (6-17). 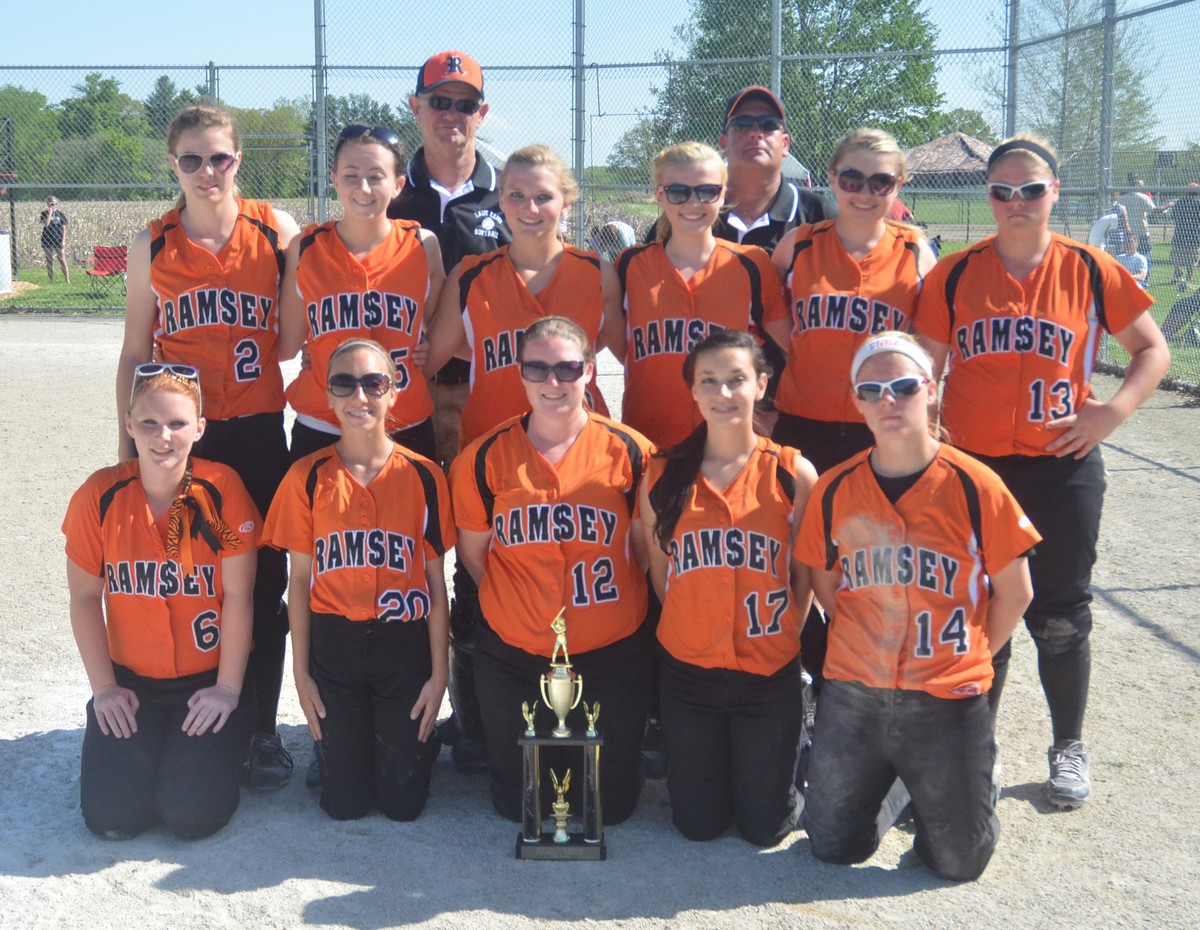