BEECHER CITY – St. Elmo/Brownstown coach Megan Burrus was hoping for a repeat of the season-opening Fairfield Tournament after her team surrendered four runs in the top of the first inning of the championship game at last Saturday’s Egyptian-Illini Conference Tournament.

After playing at 11 a.m., the Lady Eagles didn’t take the field again until more than three hours had passed on a hot and sunny day, and were shut out by Mulberry Grove, 9-0.

“(Sitting around) is hard, and I think back to the first tournament we played at Fairfield, where we sat for two games, came back and played bad and then played great,” Burrus said. “So, the first inning didn’t surprise me, but I was hoping we could find the great part.”

The regular-season EIC champions had their best chance to score after freshman Morgan Brown opened the fourth inning with a triple and senior Bethany Oberlink walked on four pitches.

Brown, however, was cut down at home on a delayed double-steal, and Oberlink was then thrown out trying to advance to third.

“That kind of took the wind out of their sails,” Burrus said, “but that should not have made the difference.”

The Lady Eagles (13-13) had just two singles in the final three innings, while Mulberry Grove added five more runs to its total.

Junior Baylee Scholes and sophomore Kyrstyn Fitch each had a pair of singles, and senior Danie Austin also singled.

Scholes took the loss. She pitched 13 innings on the day.

“Second place is not what we came for, but it’s better than the alternative,” Burrus said.

BEECHER CITY – St. Elmo/Brownstown scored 11 times in the first inning, but wouldn’t score again until the sixth inning of a 12-2 semifinal win against Beecher City/Cowden-Herrick.

Senior Danie Austin, and juniors Baylee Scholes and Darby Moss each had two hits and two RBI for the Lady Eagles (13-12), and freshman Morgan Brown had a two-run triple and freshman Tessa Philpot had a single and two RBI. 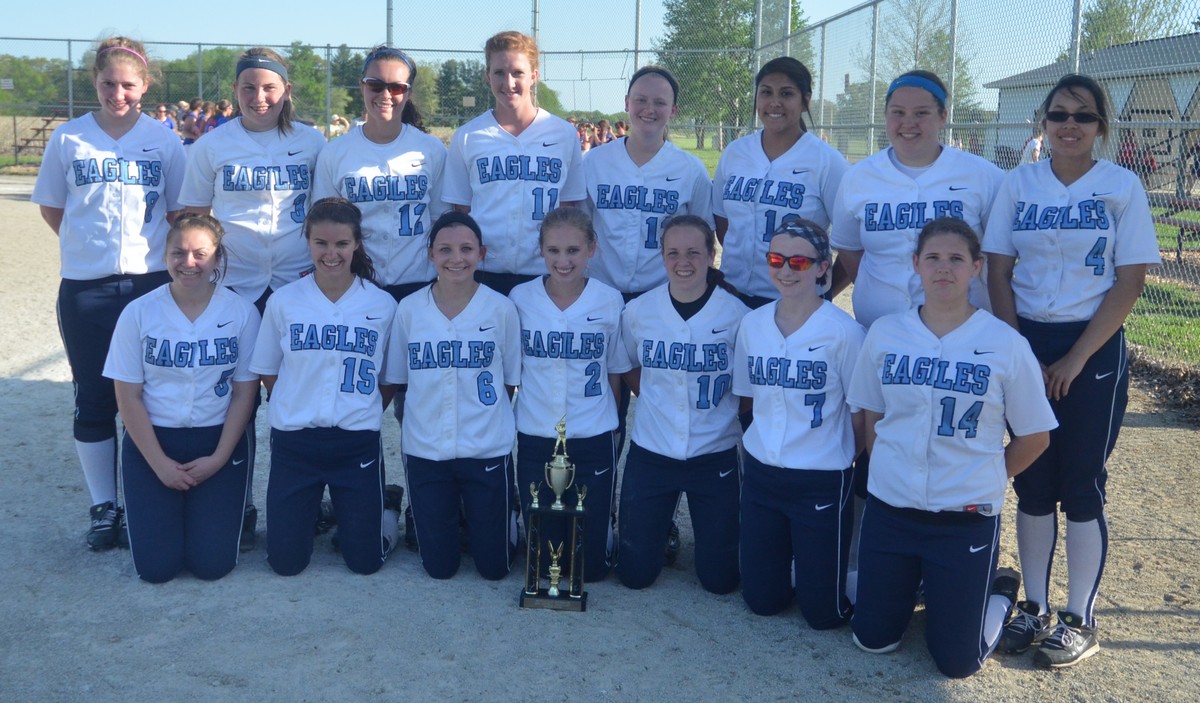