In answer to inquiries …
… about Callie, the Kitty’s health, she is taking her medications (insulin injections and antibiotic) peacefully and calmly, and seems to be doing well. 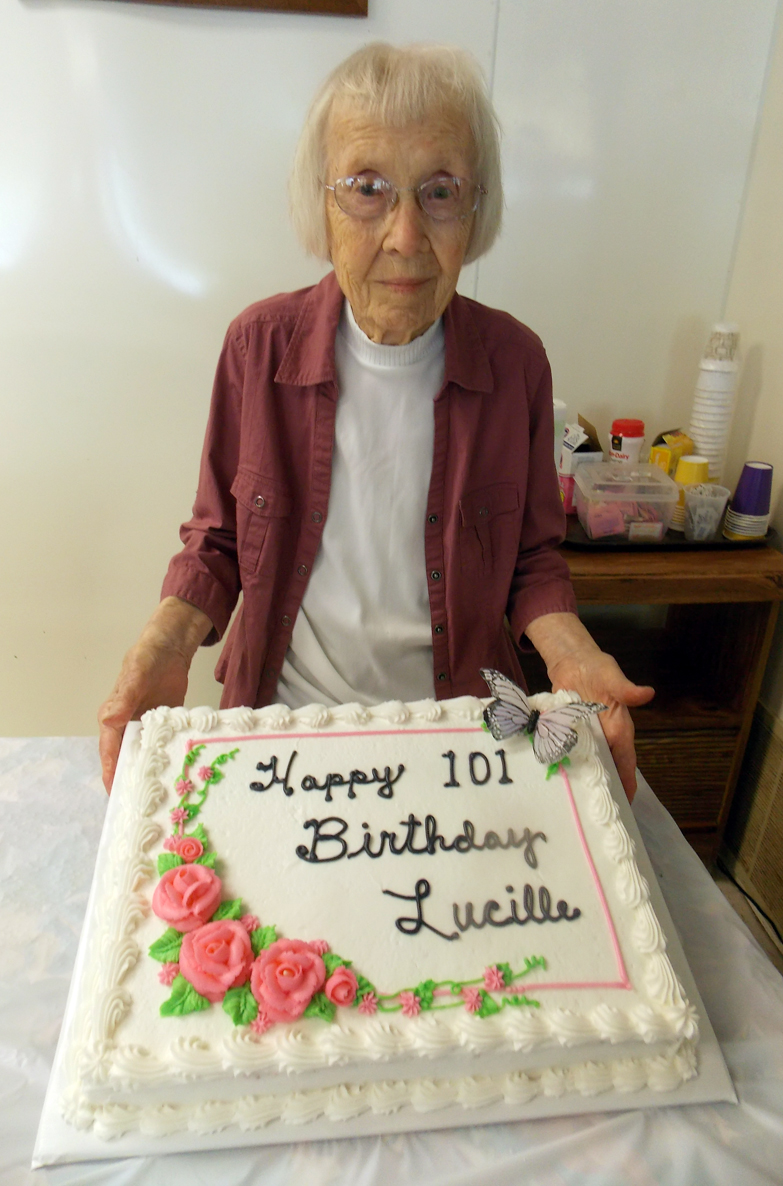 Lucille Fisher is shown with the birthday cake presented to her at the meeting of the HCE Sefton Unit last Thursday.