Year graduated from VCHS: 1989
Education or training after graduation: Bachelor’s degree in biochemistry from University of Illinois, Urbana-Champaign, 1995; doctorate from University of Illinois College of Medicine, Peoria, 1999; and completed residency in pediatrics at Cincinnati Children’s Hospital and Medical Center, Cincinnati, Ohio, 2003.
Family: My parents still live and own a small business, Cain’s Drug Store, in Vandalia. My brother lives in a suburb of St. Louis, Mo., and works in information technology.
Occupations during and after high school: During high school, I was a laborer at Vandalia Lake (best summer job a kid could ask for). In college, I worked as a banquet waiter in the summers and as a teaching assistant in chemistry and biochemistry during my last two years. After residency, I was a staff pediatrician at a small private practice in the northwest suburbs of Chicago for four years before starting my own private practice, Children’s Medical Group, in Lake in the Hills in 2007.
School activities/clubs/sports in which you participated: I was the editor of Vandalois (VCHS yearbook), as well as serving on the homecoming float committee and as the prom committee chairman, all of which I thoroughly enjoyed.
I participated in the high school band and jazz band as well, and was part of multiple clubs, including Spanish Club, Bi-Phy-Chem & student council. I played basketball and tennis, and was in the junior and senior plays.
School friends: My closest friends were in my chemistry and physics classes in high school, and thanks to Facebook, I’m able to keep up with most of them.
Karen Bennett and I are still close friends and we visit each other from time to time to this day. I have known her since third grade.
Vandalia teachers/coaches/administrators remembered: Don Snyder was probably the most influential teacher I remember. Considering how many years he taught chemistry and physics prior to having me as a student (he also taught my mother), he still conveyed an excitement about the material he was teaching that sparked an interest in science that I carry with me to this day. I was so sad to have learned of his passing.
I consider Sharon LaDage a mentor. She allowed me to push the limits of my creativity while editor of the yearbook. I spent a lot of time outside of the classroom on this project with her, and I appreciated all the help and feedback she gave me throughout the years, both professionally and personally. I will always be fond of her.
Mike Patrick was our tennis coach and sociology/history teacher. Though I was not a fan of history, he always pushed me to think outside the box. He was the first person to convey views of the world and groups of society in ways a young kid would never imagine. I remember classmates thinking he was “way out there,” but looking back, he was preparing me for a life outside the confines of high school and Vandalia, in general. In addition, I always appreciated how much time Mr. Patrick spent after school to keep the tennis team going, especially since tennis was my favorite sport.
Fondest memories of Vandalia: I enjoyed growing up in Vandalia. The sense of community you get from being raised in a small town was very comforting. Everyone seems to rally around its community and the individuals within it. You don’t get that experience living in a large city.
Last time that you were in Vandalia: Christmas 2013. I usually make it to Vandalia 2-3 times a year, around the holidays. 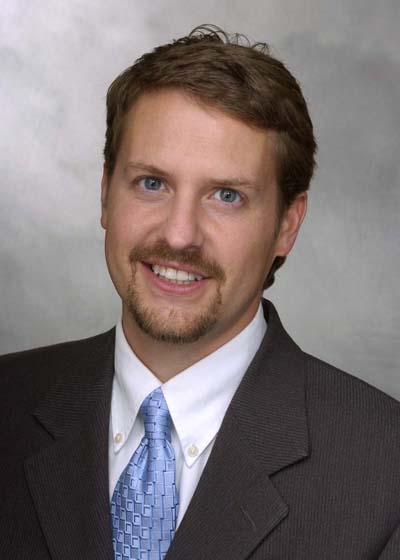