A sign in the window of  OUR PLACE Youth Center on West Gallatin Street proclaims a new service available in downtown Vandalia – Veterans Outreach Center, Ministry of the Veterans Administration.

A Rural Clergy Program.
The door is open Monday, Wednesday and Friday, from 10 a.m.-2 p.m., and all veterans are welcome to drop in.
“We serve lunch on Wednesdays,” the Rev. Carl Rhodes said. “Carol Bridges makes homemade soup for us, and there have been a couple of folks who have started helping.”
The Veterans Outreach Center in Vandalia/Fayette County began when Rhodes received an invitation from the Office of Rural Health of the Veterans Administration.
“They have this program called the Rural Clergy Program, and they sent these invitations out to ministers last November.
“So I got a hold of Gene (Beckman) and I went over to Jefferson Barracks for all-day training and got all of this information,” he said, indicating informational fliers, pamphlets, etc., on a desk.
“The VA representative there was from Washington, D.C., and he said, ‘You know, there are a lot of veterans that live in rural areas and they won’t (or can’t) drive to Marion or Chicago or St. Louis, and many of them are seeking help from local clergy, so the Veterans Administration said, ‘Let’s reach out and help these guys,’ and he asked us to help them out.
“We are not counselors,” Rhodes said, “We have information, and we listen to them and anybody who needs some professional counseling, we refer them to the right source for help."
Rhodes and Beckman may not be professional counselors, but they are both veterans and can listen with understanding ears and hearts, and have the knowledge and resources to help other veterans.
Rhodes, the pastor of Northside Christian Church in Vandalia, is a 23-year veteran, retired from the army 101st Airborne Division as an E7 sergeant first class.  He was on war tour in Vietnam and also served in Germany and here in the United States.
Beckman served in the navy during the Vietnam War.
“Gene and I both can understand what these guys are going through when they get back,” Rhodes said.
Veterans Outreach Center
“Gene and I decided we needed a place downtown, away from the church, where some guys want to come in and talk with us, not in a church setting,” Rhodes said.
“That’s when the person who runs this place said it had been on her heart to share this with us, and asked if we would be interested in sharing this (building) with them.
“It has started pretty good,” Rhodes said. “We have had about nine veterans come in. Many just come in and sit and talk, tell war stories. Many of these guys come back with PTSD (post-traumatic stress disorder). That comes in different forms, guys handle it in different ways.
“I think that one thing that many people overlook is, when you come back, there is a side of you, a part of you that wants to go back,” he said.
“There is an adrenaline rush when you are involved in combat, like you can’t imagine, to me, anyway.
"There was a part of me that thought about volunteering and going back, but the humanity side of me said, ‘Don’t be stupid,’” he said.
This is just one example of why Rhodes and Beckman are good choices for this particular program. They understand, as they have been there themselves.
“Both of our sons now retired from the Army,”  Rhodes said.  “The youngest did five tours over there, three in Iraq and two in Afghanistan. He is with the 101 1st Airborne Division.”
Some Combat Sensitivities Linger
“Some things you never get over,” Rhodes said, “for instance, certain smells. Mine is burning wood, anybody with a campfire or anything like that, smells, because the Vietnamese used fires.
“Everyone goes through theses same things. I went to Vietnam in May of ’69, came back, and came home in October 1970. I’ve been back for 44 years, and still, every now and then, I get these moods, I guess that’s what you would call them, moods.
“I was at the American Legion one time and Floyd Meseke (who served in WW II and fought in the Battle of the Bulge) told about his experiences..
“I asked him, ‘Floyd, do you ever forget, do you ever get over it?,’ and, he just got so serious and said, ‘You never forget.’”
Veterans Day at Northside
“We observe Veterans Day at Northside Church every Veterans Day on Veterans Day. It has to be done on Veterans Day, Nov. 11, the 11th month, the 11th hour, the 11th day, that is just the way it has to be for me.
“One time it came on Friday and we had it at Northside and Floyd and all of them came. It is all about them, and Floyd stood up and told about his experience and a bunch of the other guys did, too.
"It was a good time and a lot of people said it was a good thing.” 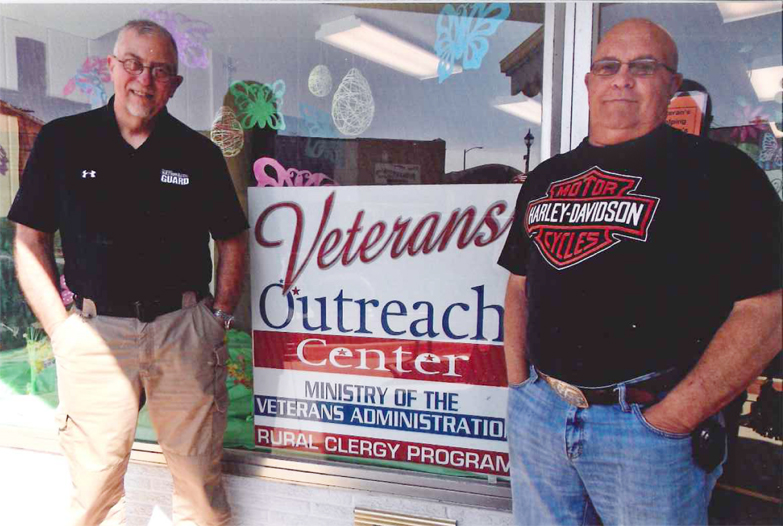