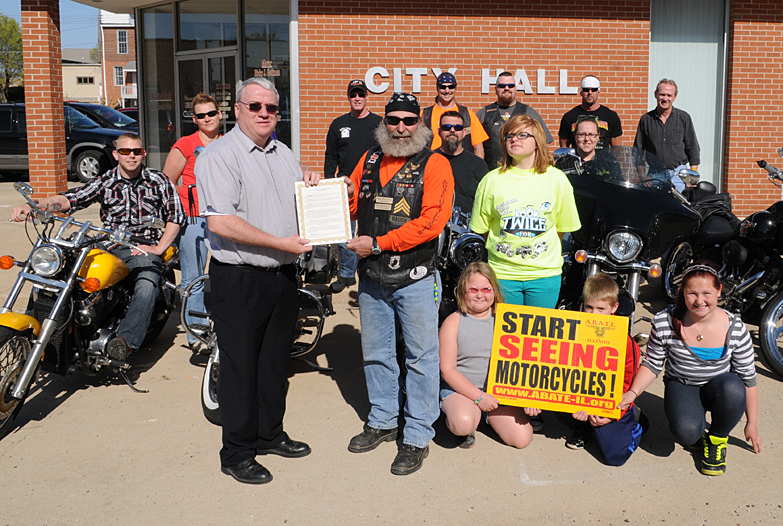 Mayor Rick Gottman, center left, signed a proclamation declaring May as Motorcycle Awareness Month in Vandalia. The proclamation recognizes the efforts of ABATE (A Brotherhood Aimed Toward Education) to promote motorcycle safety, education and awareness, and to encourage residents to watch for motorcycles. Pictured with Gottman are members of the Shoal Creek Chapter of ABATE. 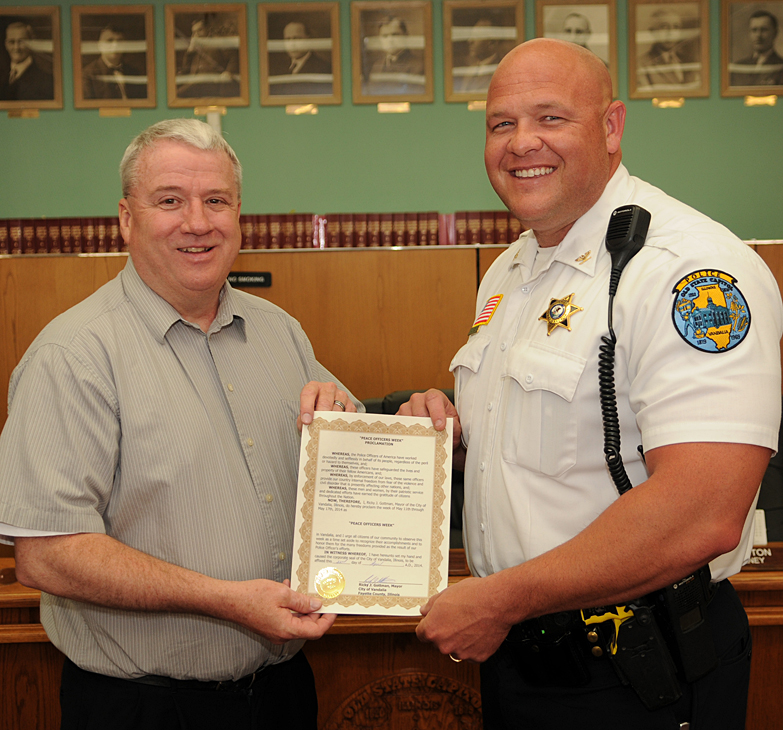 Mayor Rick Gottman, left, signed a proclamation designating the week of May 11-17 as Peace Officers Week in Vandalia, to recognize the efforts of local police officers in protecting local residents and their property. Pictured with the mayor is Vandalia Police Chief Jeff Ray. 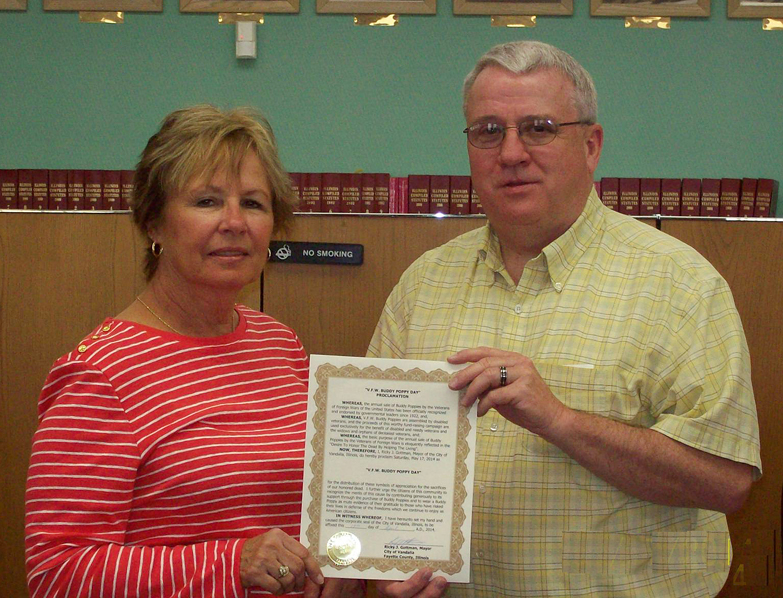 Mayor Rick Gottman, right, signed a proclamation declaring Saturday, May 17, as VFW Buddy Poppy Day. On that day, members of the VFW Auxiliary will distribute buddy poppies and accept donations, with the funds used to help disabled and needy veterans, and the widows and orphans of deceased veterans. Pictured with Gottman is Loretta Keagle of the VFW Old Capitol Post 3862 Auxiliary. 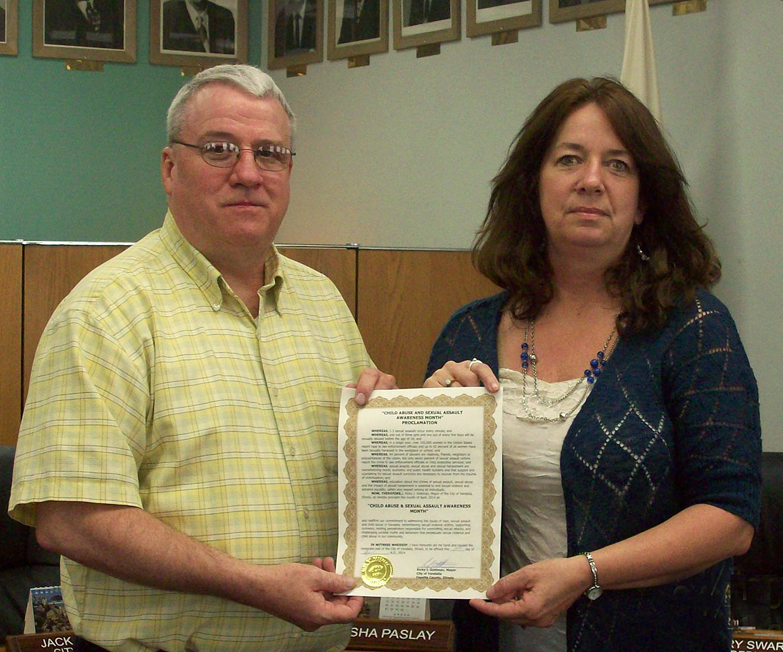 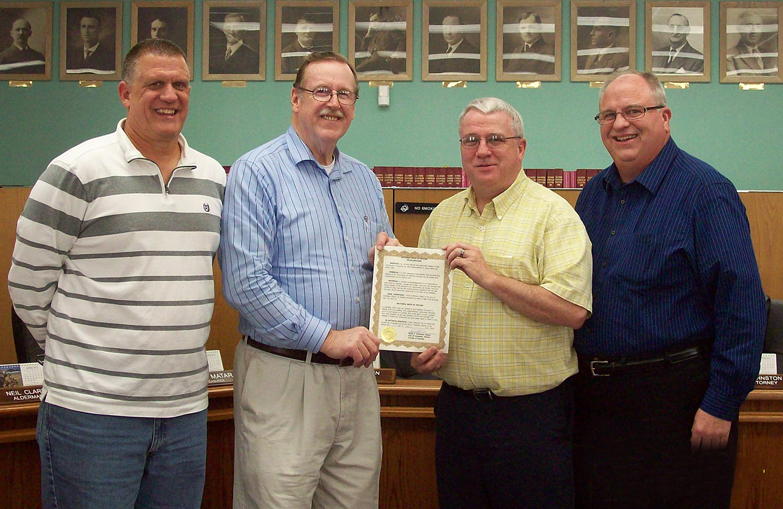 Mayor Rick Gottman signed a proclamation declaring the week of April 27 as National Week of Prayer in Vandalia. With him are three pastors with the Vandalia Ministerial Alliance. From left are ministerial alliance members Rev. Dr. Roger Grimmett and the Rev. Tom Farris (president), Gottman and the Rev, John Glennon.