GREENVILLE – Two school records fell, but the Vandals did not produce many high finishes in finishing seventh last Friday at the 29th annual Comet Relays at Greenville High School.

Freshman Curtis Gordon once again broke the school record in the pole vault, clearing 14 feet, 7 inches to place first. He beat his previous personal-best vault of 14-6.

Vandalia also set a new school record in the 4X100-meter relay for the second time this season, but did it with a slightly different group of athletes.

Gordon, sophomore Ethan Meyer and seniors Dalton Smith and Colton Woolsey finished third in 46.17 seconds, beating the record of 46.99 seconds, which was set by Meyer, Smith, Woolsey and sophomore Bobby Bradley on April 10.

The 4X200- and 4X400-meter relays and the sprint medley placed sixth, and the 4X800-meter relay team placed seventh.

There were no field events at Tuesday's meet in Cumberland due to flooding, but the Vandals earned three first-place finishes in placing fifth.

Also finishing third was the 4X400-meter relay of Woolsey, Strobel and sophomores Marcus Durbin and Bobby Bradley, with a time of 4:01.02.

Vandalia scored 49 points in the meet, which was moved from Teutopolis. Cumberland won the meet, with 76 points.

The season continues for the Vandals next Thursday with a home meet. Greenville, Mater Dei and Metro-East Lutheran are scheduled to attend. 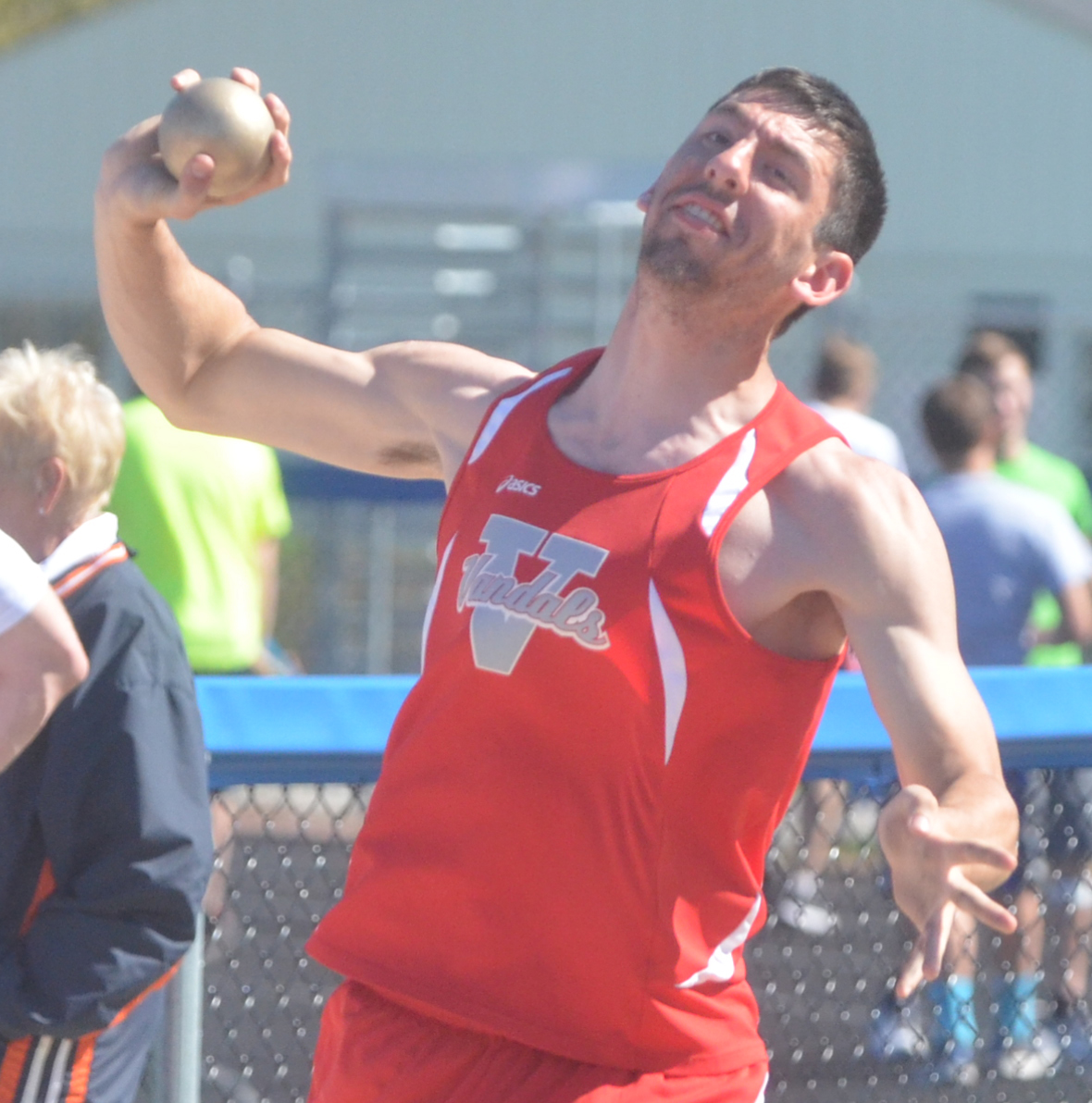 Vandalia senior Colton Woolsey had the longest throw in the shot put at last Wednesday’s Comet Relays in Greenville.