NOKOMIS – With their offense cruising through the first three innings, the Lady Eagles appeared as if they were going to overcome the defensive lapses that allowed Pana three runs in the second inning.

But with just four hits in the next five innings of the championship game of last Saturday’s Nokomis Tournament and four errors in the same span, St. Elmo/Brownstown’s lead slipped away and Pana was able to come away with the 7-6 extra-inning victory.

The game used the international tie-breaking rules, which puts a runner on second base to start each extra frame.

The Lady Eagles (9-8) were poised to earn the win in the bottom of the inning, getting runners on second and third bases with no outs, but Pana (4-8) switched pitchers to Adrianna Suter, who struck out the next three batters on 10 pitches to end the game.

Three errors in the top of the second helped Pana score three runs on just one hit, but the Lady Eagles came right back for the lead in the bottom of the frame.

All seven batters who came to plate reached base, but two runners were gunned down at the plate on fielder’s choices.

Fitch drove home a run on a fielder’s choice, and junior Baylee Scholes scored on an error. A third run scored on Pruett’s single.

Stephanie Calhoun and Scholes had back-to-back singles in the third for SEB’s final run.

Brown, Pruett and Scholes each finished with two hits as SEB snapped its second three-game winning streak of the season.

Sophomore Krystyn Fitch singled with two outs in the bottom of the seventh inning, driving home senior Bethany Oberlink for the winning run in a 3-2 win against Vandalia that advanced the Lady Eagles to the title game of the Nokomis Tournament.

Oberlink singled to center to lead off the inning, stole second and advanced to the third on a fielder’s choice.

After a strikeout – the team’s 14th – Fitch drove a 1-1 pitch to the shortstop and Oberlink scurried home for the win, the third straight for SEB (9-7).

Vandalia opened the game with a run in the top of the first inning, and junior Audriana Pruett reached on an error and later scored on another error in the bottom of the second.

The Lady Vandals retook the lead in the fourth, but Fitch singled to lead off the bottom of the sixth, then stole second and scored on a pair of passed balls. 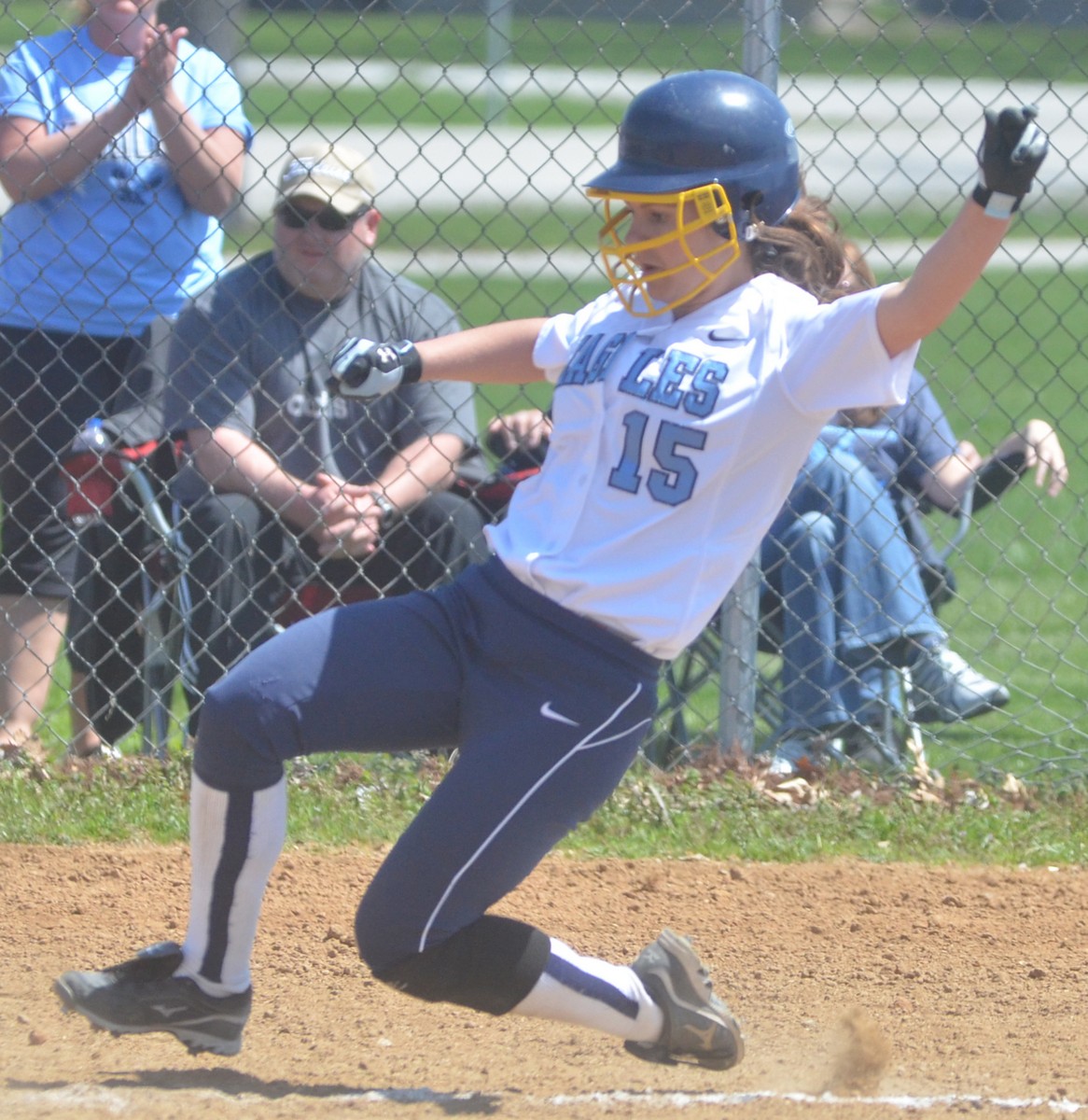 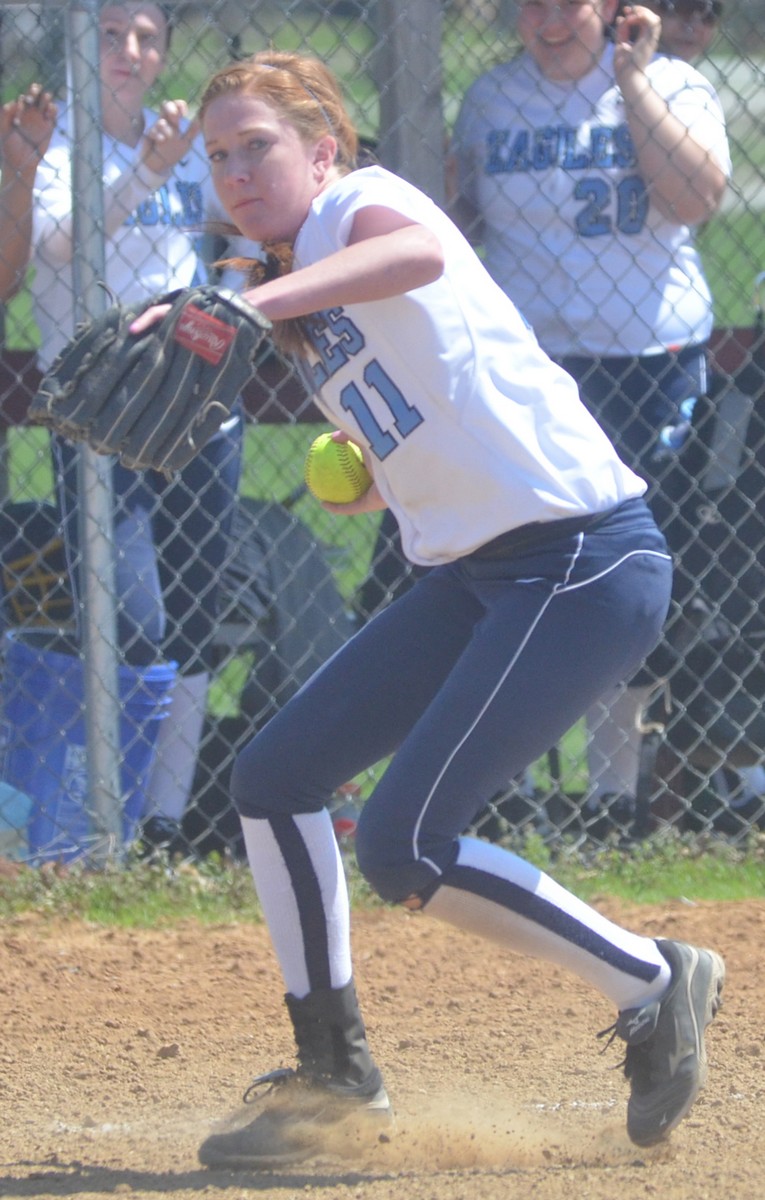 SEB senior Bethany Oberlink corrals the ball to throw out a runner at first base.