“I was born in Tompkins County, New York, June 27, 1828, [and] came to Illinois in 1848. I got my first job on the Chicago Daily Journal, setting a prospectus for a campaign newspaper. Two years later, I became the owner of a newspaper in Naperville, Illinois.”

These comments were made by 86-year-old Hector S. Humphrey as he shared his memories with another newspaperman, Thomas Lakin, who took over publishing The Vandalia Union in the early 1890s.  Humphrey, who founded the The Vandalia Union newspaper, printed the first issue on April 14, 1864.
At the time Humphrey moved to Vandalia, the town had not had a Republican newspaper since the building housing The Fayette Observer burned in 1862, and the owners, Sturgess and Hickman, enlisted in the service.
Humphrey recalled, “I served three terms as treasurer of Kendall County and would have been elected to the fourth term but I had made up my mind to come to Vandalia and start a paper. Accordingly, I bought the office fixtures, press, cases, stones, type, etc. of the Oswego Free Press, which I had been publishing, to Vandalia and issued the first number of The Vandalia Union on April 14, 1864, from the office upstairs in the brick building on the site of John Lilly’s grocery store.”
Miss Adeline Hickman remembered that Humphrey lived in part of her mother’s house when he first came to Vandalia to take charge of the paper. It was her belief that Judge VanDorsten encouraged Humphrey to come to Vandalia, “they being old friends.”
In fact, John P. VanDorsten first began the practice of law in Oswego, Kendall County, Illinois. After his enlistment in the Fourth Illinois Cavalry was up in 1863, he chose Vandalia as the place to settle.
“Those were strenuous war times, when brother was pitted against brother, friend against friend in the War of the Rebellion, and while leading Democrats in Vandalia were friendly toward me, there were many who were hostile to the new Republican paper just started, and many threats were made against me and the paper.
“I was warned to leave town; they threatened to throw the press in the Okaw River and so on, but under the friendly protection of the Republicans and sturdy, responsible Democrats, I was permitted to continue the publication of The Union and still live to tell the story.
“It was about this time that Klingman’s band camped on the old fairgrounds, and the people were in constant fear of a raid from them. One night, I with others, were put on guard as a raid was expected to take place. We were furnished state arms and the women, Mrs. Humphrey included, moulded bullets while we tramped our beats. But the Klingman gang failed to appear."
Launching The Union during the war years took a strong will. Humphrey said, “I simply mention these facts to show what troublous times The Vandalia Union was launched upon the sea of journalism.  Starting with a subscription of 600 names,  it grew steadily until it reached over 1,000 when I sold it to Matherly and Sayles in later years.”
Hector H. Humphrey and Helen I. Fox, a native of Detroit, Mich., were married in Naperville on May 22, 1857, and were parents of a daughter, who died at age 11, and a son, Fred Charles Humphrey, a well-remembered Vandalia druggist. They enjoyed more than 62 years of married life together.
Appointed postmaster in 1869 under Grant’s first administration, H.S. held the post for nearly 17 years. He recalled that he bought the drug store of Judge Fouke (in 1877) and conducted it for many years. His on, Fred, took over the business, and by 1924, his son, Gerald Humphrey, had entered the business, now known as Humphrey’s Drug and Book Store.
H.S. Humphrey died in April 1914, “a staunch Union man, a Republican and a good citizen.” His wife survived him.
Their home, on the corner of First and Madison streets, stands today. 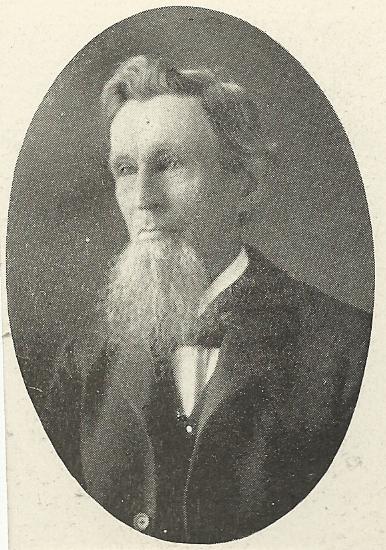 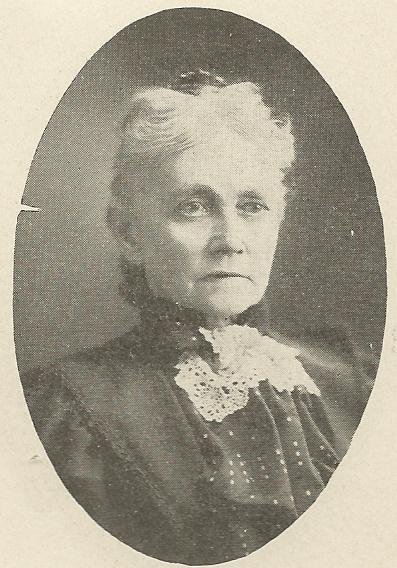