“Check Mate” is a famous painting of a chess game that, to the casual observer, leaves its audience walking away from it with a feeling of defeat.

Several renditions of this painting have been circulated by different artists. It seems there are as many different details of the story as there are paintings, but the stories surrounding it seems to have, at minimum, the same outcome. Because of this, I’m not sure that I’ve actually seen the original painting from which the story emerges, but its message rings clear.
The painting depicts two men in a game of chess. One man has his hand covering his brow, possibly tears running down his face and worry overcoming his countenance. His opponent is a character that looks quite sinister – the way one might imagine how the devil would look. He has a long, flowing black robe and he is grinning from ear to ear while staring at his opponent. (This characterization is a far cry from the Bible’s description of Satan and his original pristine beauty, but sensationalism sells.)
As the name of the painting suggests, the devil has the man in checkmate. Game over.
The story continues of two men in a museum in which the painting is displayed. One of the two men becomes engrossed with the painting and begins to study it – comparing the title with the picture. His friend grows impatient while the man tarries at one painting in a museum full of things to see. He cannot pry himw away from the “Check Mate.”
“There’s something about this painting that bothers me,” the first man said. “I want to study it for a little while; you go ahead and wander around and I will catch up later.”
The man studied the painting, and studied it more. Finally, his head started nodding and his hands started moving. After some great length of time had passed, he and his friend finally met up again at the painting.  “We have to locate the man and tell him he has got to change the painting or he has to change the title,” the first man said. “I have determined that there is something wrong with this painting.”
His friend asked, “What’s wrong with the painting?”
“I am an international chess champion,” answered the first man. “After studying this picture, I have found that the king still has one more move!”
No doubt we all know what it feels like to be in checkmate. Financial distress, sickness, family trouble, disaster, etc. leave one thinking that they have been painted in a corner. For the Christian, compounded with everyday affairs of life to battle, is spiritual warfare (we do not hear about this as much as we ought to anymore) and the attacks bombarded against us from the enemy of our soul.
Can I encourage you, the reader, and remind you that God has never lost a battle? In spite of adverse circumstances in our life, he is still in control and working for our good. God moves on our behalf. God does not get rattled about enemies and problems like we do. He is so secure in his lordship that when he came to earth to defeat the enemy once and for all, he came as a defenseless human baby.
I’m sure there were many times the devil was grinning from ear to ear, thinking that he finally had the messiah in checkmate.
When the king piece is laid down on the board, that is a sign of resignation. From how we were taught concerning rules of chess, as long as your hand is still on the piece, the game is not over. The king of kings had his back to the ground when he was placed on a cross. But get this: God’s hand was on the man, Christ Jesus, his entire life – from his birth to his ascension to heaven! The game was not over. Victory had just begun!
That same hand of God is on us.
When your back is to the ground it makes it easier to look up to your help from heaven.  God will never resign, run out of time and will never have anybody or anything force him into check mate. The king can always move! 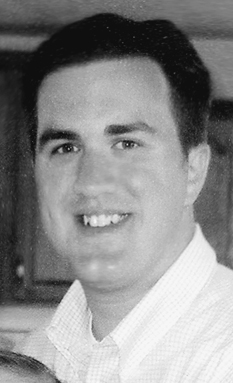