Walter Philbrick was born in New Hampshire, moved to Minnesota with the company for which he was employed, and more recently, retired and moved to Vandalia, where his son, Matt Philbrick, is youth minister at First Baptist Church and Matt’s wife, Jenn, is employed at The Leader-Union.

Walt and Mary, his wife, are enjoying their church, and especially their two young grandchildren, Olivia and Owen.
A bonus is that the move to Vandalia lessened the distance to their two other sons, James and Tom, and their families
Walt accepted Jesus in 1972, is a licensed pastor and holds a Wednesday night prayer meeting, teaches a Bible study and also administers the Prayer Tree Ministry at First Baptist Church.
Walt Philbrick chose the sacrifice Jesus made for us for his talk on the “Symbols of the Cross,” the theme of this year’s Lenten Luncheons.
He opened with the statement, “Jesus gave up His life, so we could have ours back. He died like us, so we could live like Him.
“This is the mark of a true leader,” he said, “Leaders get the job done.”
Walt’s address at the luncheon included:
• The Challenge of the Cross: Based on the Scripture, Luke 22:31-34, he spoke about Jesus’ prediction that Peter would deny Him three times before the rooster crowed.
• Leaders and Their Gethsemanes: He said that at times, “all leaders feel alone, as when they pioneer new territory. Jesus endured one of His loneliest times in the Garden of Gethsemane” when His disciples deserted Him.
“Every leader who does something significant for God experiences a Gethsemane,” he said.  "When you are committed to His work, “Spiritual battles occur, loneliness is felt, submission is requested, honesty is expressed and strength is received.”
Philbrick said, “I believe that when Peter wept, he also felt a great sense of loss, knowing that he had not only betrayed His Lord as predicted, but that he had broken His heart with pain.
“I know it certainly draws my eyes to the cross with a different perspective today, knowing that even in my failures, Christ is willing to wait for me to come back to Him, and accept the challenge He has placed before me to meet Him at the cross, forgiven, renewed, refreshed and ready to begin my work anew for and with Him to share the gospel message with the world around, (as Peter returned to Him after denying Him).
Philbrick spoke on the challenges of the cross, and how, when our commitment drains away, we face the same experiences, feelings and actions that Peter did – “Distant, divided; our faith becomes deluded and our fervor becomes denial. Our words and actions no longer display apathy, but outright rejection.” 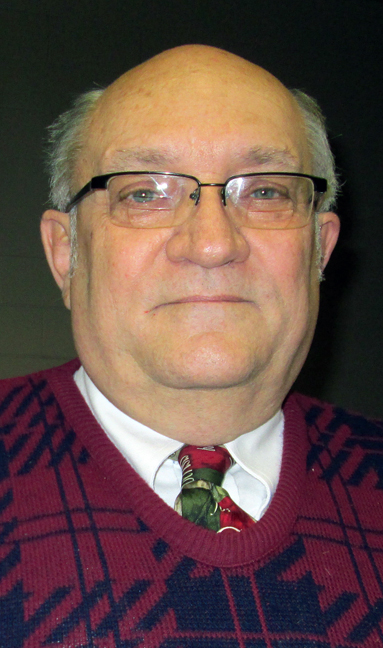