A rural Vandalia man was sentenced to 27 months in prison after pleading guilty to a charge related to fatal wreck a year ago.
Larry Ishum, 30, last Wednesday signed a guilty plea for an amended charge of reckless homicide.
Ishum was initially charged with reckless homicide and aggravated reckless driving last September for his alleged role in a wreck on March 31, 2013, that resulted in the death of Sonja Doggett.
The office of Fayette County State’s Attorney Joshua Morrison filed amended charges on those offenses last Monday, two days prior to Ishum entering a guilty plea.
The amended charge of reckless homicide alleged that Ishum, “while acting under the influence of alcohol and while acting in a reckless manner, performed acts likely to cause the death or great bodily harm to some individual.”
The charge alleges that Ishum was operating a vehicle on County Road 400 East, two miles south of Old Ill. Route 140 “at a speed which was greater than reasonable and proper with regard to the existing traffic conditions and … safety of persons properly upon the roadway.”
It further alleges that Ishum was “racing Sonja Doggett at a high rate of speed, resulting in a motor vehicle crash, thereby causing the death of Doggett.”
The Class 3 felony is punishable by up to five years in prison.
As Ishum’s plea was accepted by Judge James Roberts, he was given 219 days credit for time served in jail.
The aggravated reckless driving charge, which was dismissed, alleged that Ishum drove his vehicle “with a willful and wanton disregard for the safety of persons, and in doing so caused great bodily harm to Doggett.” 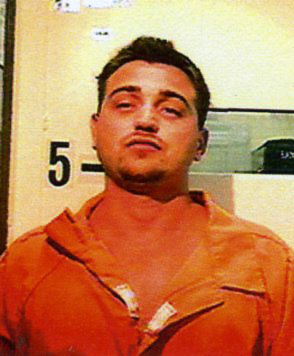