At the time I attended Emmy Hackleman’s auction a few years ago, I didn’t know of a family connection between Emmy’s deceased husband, Charles, and Alonzo “Lon” Matherly, a former owner of The Vandalia Union newspaper.

I knew that Emmy’s husband, Charles, had been a local amateur photographer and was actually looking for old slides or pictures that he may have taken of Vandalia businesses and historic homes.
Although the slides and pictures I was in search of did not appear at the sale, I was the successful bidder of an original copy of the "Historical Souvenir of Vandalia, Illinois," which was published in 1904.
I didn’t know until I held the slightly tattered book in my hands that it was Lon S. Matherly’s personal copy – his name was stamped in gold on the front cover.  Matherly, with Robert W. Ross, compiled this monumental work, full of pictures of Vandalia homes, people and businesses.
Looking into his life has been a little challenging. In his job as newspaper reporter, he wrote about others, not himself.
Other than his photograph accompanied by a paragraph of information in the forward of the book, there is not much published about this man, who held several positions of importance in Vandalia’s business life.
Born Alonzo S. Matherly in October 1856, in Greensburg, Ind., he was the son of Mineford and Elizabeth Myerus Matherly.
Information from his obituary told that the “newspaper man and historian” came to Vandalia in September 1876. About 1880, he became deputy postmaster under H.S. Humphrey, a post he held for five years.
In 1885, in partnership with J.F. Sayles, Lon bought The Vandalia Union newspaper, which had been started by Hector S. Humphrey in 1864. Within months of the business deal, however, Matherly sold his interest in The Union to Angus G. Wahl.
Alonzo and Mary Alice McCord were married on Sept. 27, 1883, in Vandalia. They were parents of two children: Florence, who married Charles H. Hackleman, and a son who died in infancy.
Mary Alice was the daughter of Franklin and Harriet Williamson McCord, a prominent family.
Among Lon’s many newspaper jobs, he was a traveling representative for The St. Louis Globe-Democrat for 13 years, and local representative for the Chicago and St. Louis newspapers and for the Associated Press.
For many years, he ran a newsstand in the Vandalia Post Office lobby, where he sold daily newspapers, magazines and books.  He later sold that business to Charles Austin.
Matherly also dabbled in insurance, and succeeded in that venture as well. 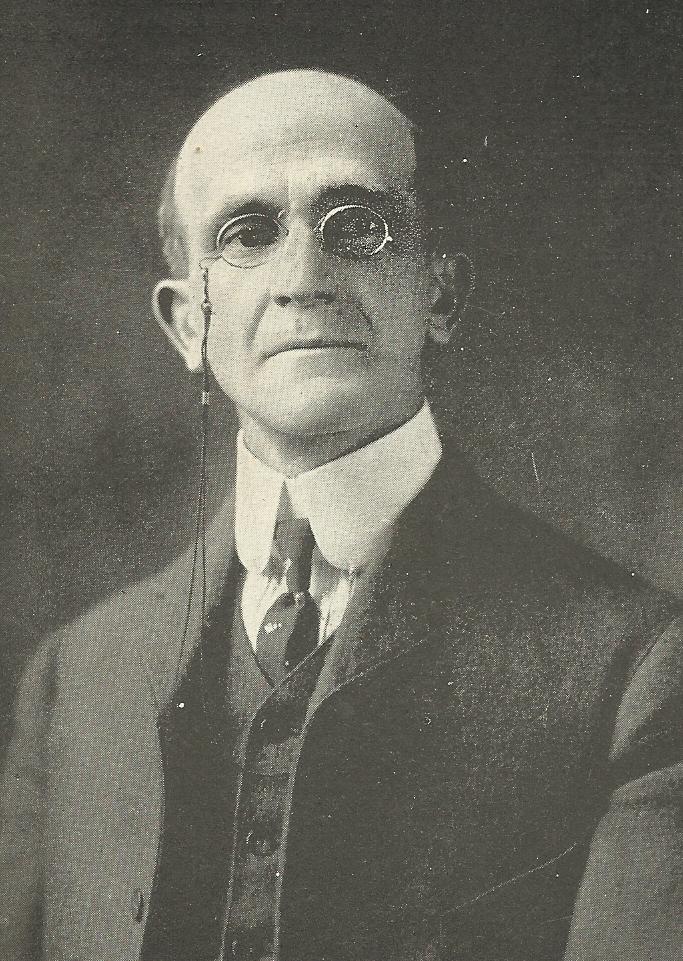