VANDALIA – Any general baseball fan who is interested in seeing high school players hit a lot of home runs probably will want to find games other than Vandalia’s.

But just because the Vandals won’t be a power-hitting team in 2013, it doesn’t mean that coach Luke Hohlt’s team won’t be scoring runs.

“No one has emerged as that power guy,” Hohlt said. “Mostly, we are singles hitters, not guys who will hit the ball out of the park, and I’m fine with that.

“As a coach, I have to take what we have and try to be successful,” he said. “I can’t have unrealistic expectations for what we can do on offense.”

Seniors Leyton Godoyo and Dalton Wehrle return to the lineup as two of the fastest players on the team, and they will joined by players like Colin Ledbetter and Collin Nesterload, who each were used as pinch-runners last season because of their speed.

All of them will be encouraged to steal bases, score from second base on a hit, reach third base from first base on a hit and always be ready to advance on an error or wild pitch.

“I’m a small-ball guy,” Hohlt said. “We’ll do the small things to put pressure on the defense and try to get some runs in.”

After losing five senior starters from last season’s team, there will be a lot of new faces on the field for the Vandals.

Many of those newcomers, however, were members of the junior varsity team, which last season had some winning streaks on the way to finishing with a 9-12 record.

That success, Hohlt said, will hopefully give those players some increased confidence on the varsity field.

“It does a ton, since they know they can compete and win ballgames,” he said. “There’s a big difference between JV and varsity baseball, but we’ll have several of those JV guys at the varsity level.”

The JV team is led by Mark Rinehart, the former head coach at Ramsey, and his fun-loving, but serious, demeanor pretty well matches the attitude Hohlt has at the varsity level.

That consistency could help players adjust to the varsity level quicker than they may have under different circumstances.

“They had a good base with coach Rinehart last year, and are moving on up,” Hohlt said. “He does a great job, and I couldn’t be blessed with a better guy to be coaching those lower levels.”

Many of those players will also be the team’s wild card players for the season.

Needing them to do small things correctly for the team to have success, Hohlt said that more than half of his varsity team will be made up of players who lack significant varsity experience.

“I’ll be interested to see how some of our sophomores and juniors produce,” he said. “A lot of guys are wild cards, because none of them really have a lot of varsity experience, but they will all get a look at the varsity level.”

Included in that group are: sophomores Jake Bowen, Nestleroad and Zach Schaal; juniors Tyler Dagen, Ledbetter, Jake Shulman and Carson Smith; and seniors Levi Carroll and Issac Francis, who have not played baseball every year.

The Vandals open the year next Monday at Lincolnwood, and the home opener is next Friday at 4:15 p.m. versus Ramsey.

Prior to that game, there will be a ceremony to recognize Vandalia Mutual Insurance, which recently bought the naming rights to the baseball field. 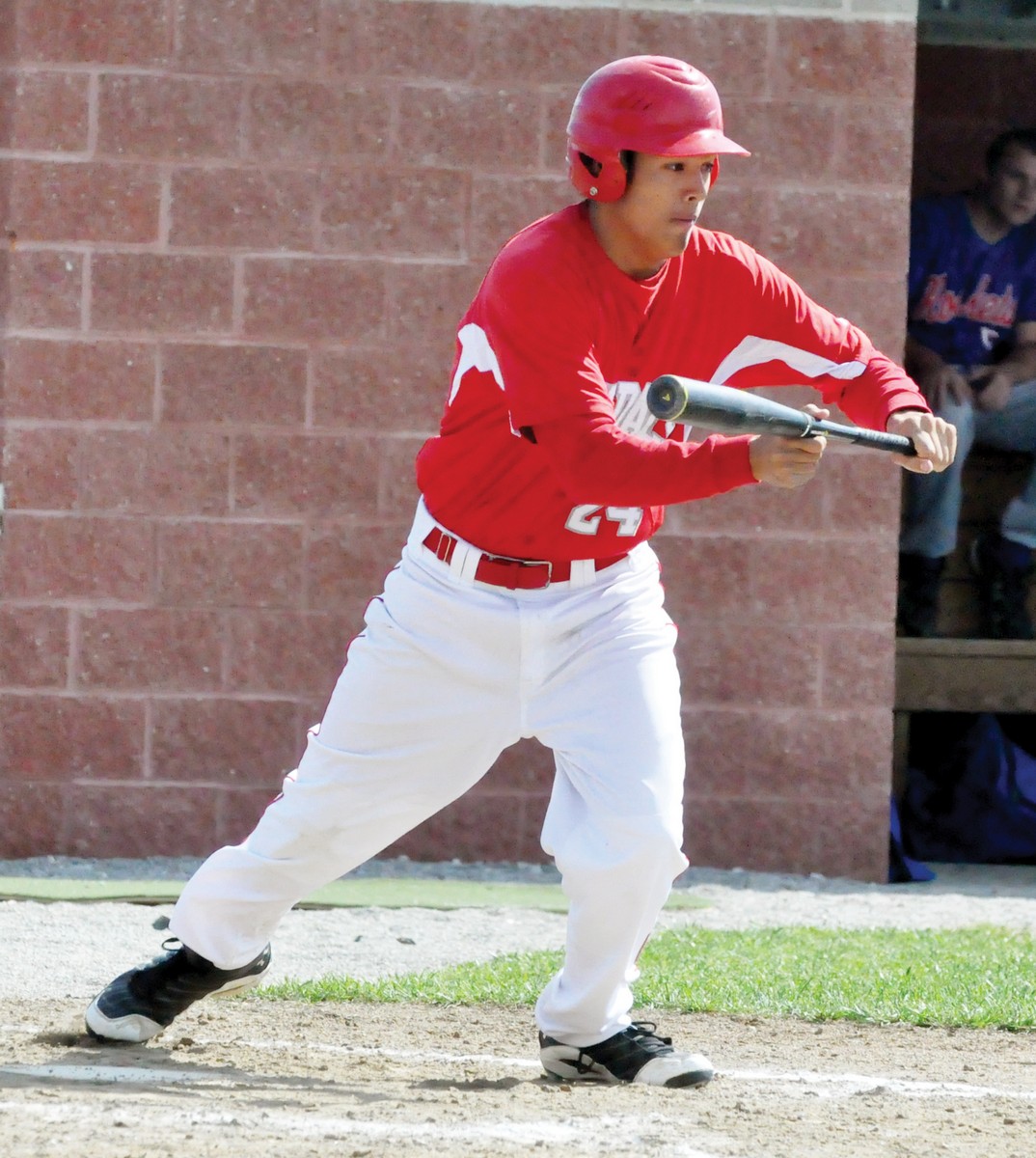 Because Vandalia doesn’t have a lot of power this spring, fans could be seeing a lot of bunts and stolen bases. Senior Leyton Godoyo is pictured above bunting for a hit last spring. 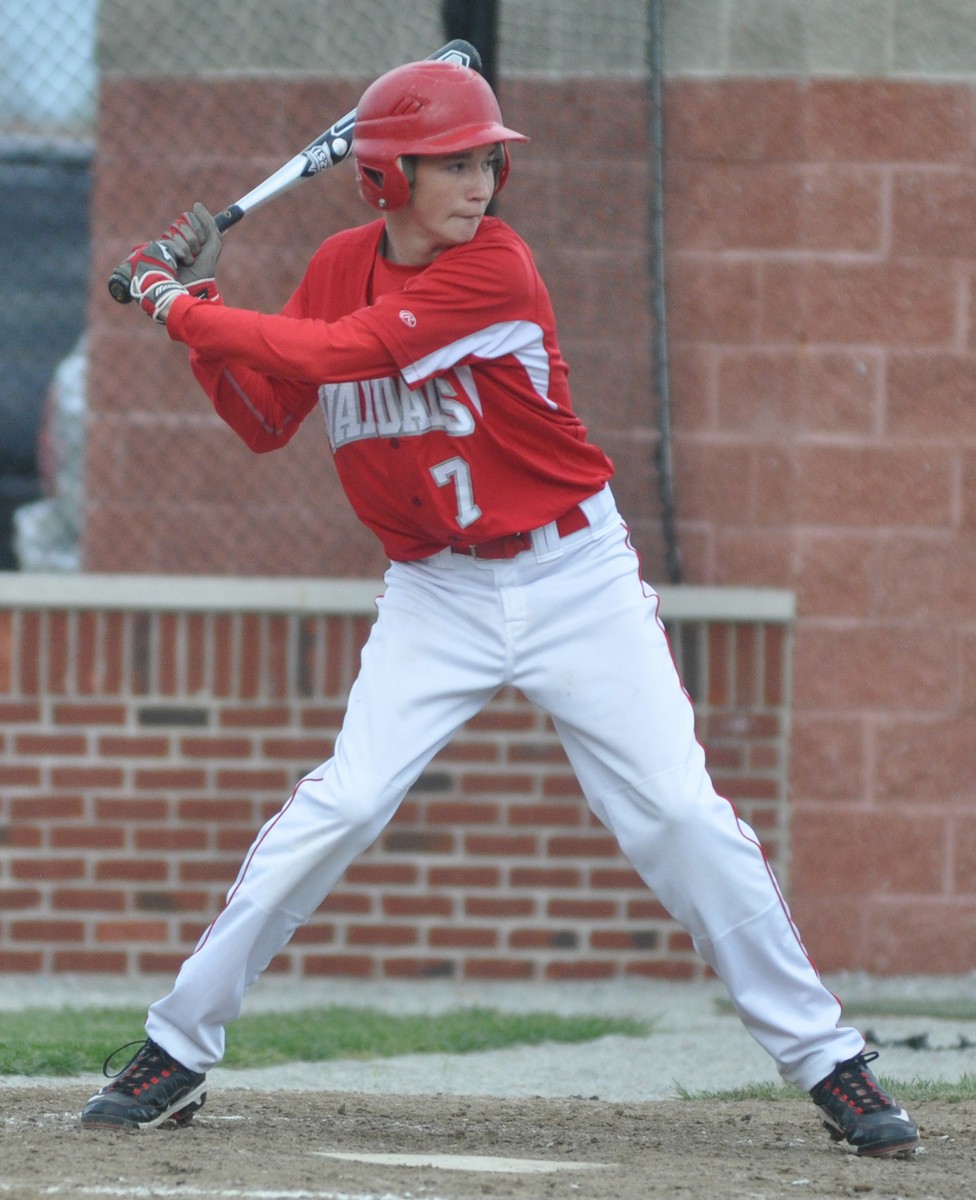 Sophomore Zach Schaal is one of several players who coach Luke Hohlt hopes will be a regular contributor for the Vandals this spring. He is pictured above in a varsity game last season.