On June 10, 1927, Supreme Court Justice William M. Farmer was honored by newly elected judges of the Fourth Judicial District in celebration of his 30th anniversary on the circuit and supreme court benches of Illinois.

To further mark this anniversary, a fine life-sized portrait of Justice Farmer, painted by artist Robert Root of Shelbyville, was unveiled.
Justice Farmer was born in Pope Township on June 5, 1853, the son of William and Margaret Wright Farmer. William Farmer was a justice of the peace and held a license as an exhorter in the Methodist Church. He also had medical training, and had served in the Black Hawk War of 1832.
It was said of Farmer that “when he was a lad on his father’s farm, he was known as one who always plowed at top speed, pitched hay at top speed or milked cows at top speed.” This was a characteristic throughout his life.
He attended the county district schools,  and later was a student for three years in McKendree College at Lebanon, after which he taught in the county’s rural schools for two years.
Farmer studied law in the office of Henry & Fouke, and furthered his legal education at Union College of Law, now Northwestern University Law College, graduating in June 1876.
Judge Farmer was admitted to the bar the same year, and his first connection with law was with the firm of Farmer & Chapin. In 1878, the firm became Henry, Farmer and Chapin. In 1883, and for 14 years, the firm was known as Farmer & Brown.
The first political office Judge Farmer held was state's attorney from 1880-1884. In 1888, he was elected to the lower house of the state legislature, and in 1890 to the state senate from this district. In 1897, he was elected circuit judge and served with distinction until his election to the supreme bench in 1906.
At the time of his election as circuit judge,  a reporter for The Vandalia Union wrote, “He is an excellent example of what a farmer boy may do for himself.”
He was re-elected to the bench in 1915 and again in 1924. Judge Farmer suffered a stroke in 1926, but carried on his work until May 18, 1931, when he was compelled to send his resignation to the governor. Three months later, he passed away.
In an interview, Justice Farmer said that he had affixed his name to more than 1,200 decisions handed down by the Illinois Supreme Court. Virtually all of his work had been done in his office at Vandalia, where he maintained an excellent library. He told the reporter that he spent a full nine hours at his desk daily.
“All lawyers look alike to us from across the bench," he said. "Our decisions are impersonal, and are based on law and facts,  regardless of who presents them. Our court is a hard-working body, and it has been said there is no better court in the United States,  and only two that equal it. Ninety percent of the cases presented to us are decided within six weeks. We are non-political in our decisions, and are determined to give a square deal to all – and the result is we have their confidence.
“Aside from two brief visits in the East, I have never had a vacation since I was elected to the circuit court in 1897. In the summertime, I may play a few games of golf, but they have hung no medals on me for superior ability on the course. I find my pleasure in my home and in my work.”
The Farmers' home on the northeast corner of Sixth and Randolph streets still stands today. It was built about 1884, when Farmer was elected state’s attorney.
Farmer and Illinois Henninger were married on Dec. 7, 1875, and were parents of five children: Virginia, who married Charles R. Schulte, also an attorney; Gwendolyn, who married Lt. Benjamin F. Young, and Maybell Seaman (Mrs. Owen), who preceded her father in death. Two sons died in infancy.
Farmer is revered, even today, in Vandalia, his hometown. His portrait, dedicated in his honor in 1927, hangs today in the main court room of the Fayette County Courthouse as a reminder to us of what a farmer boy may do for himself. 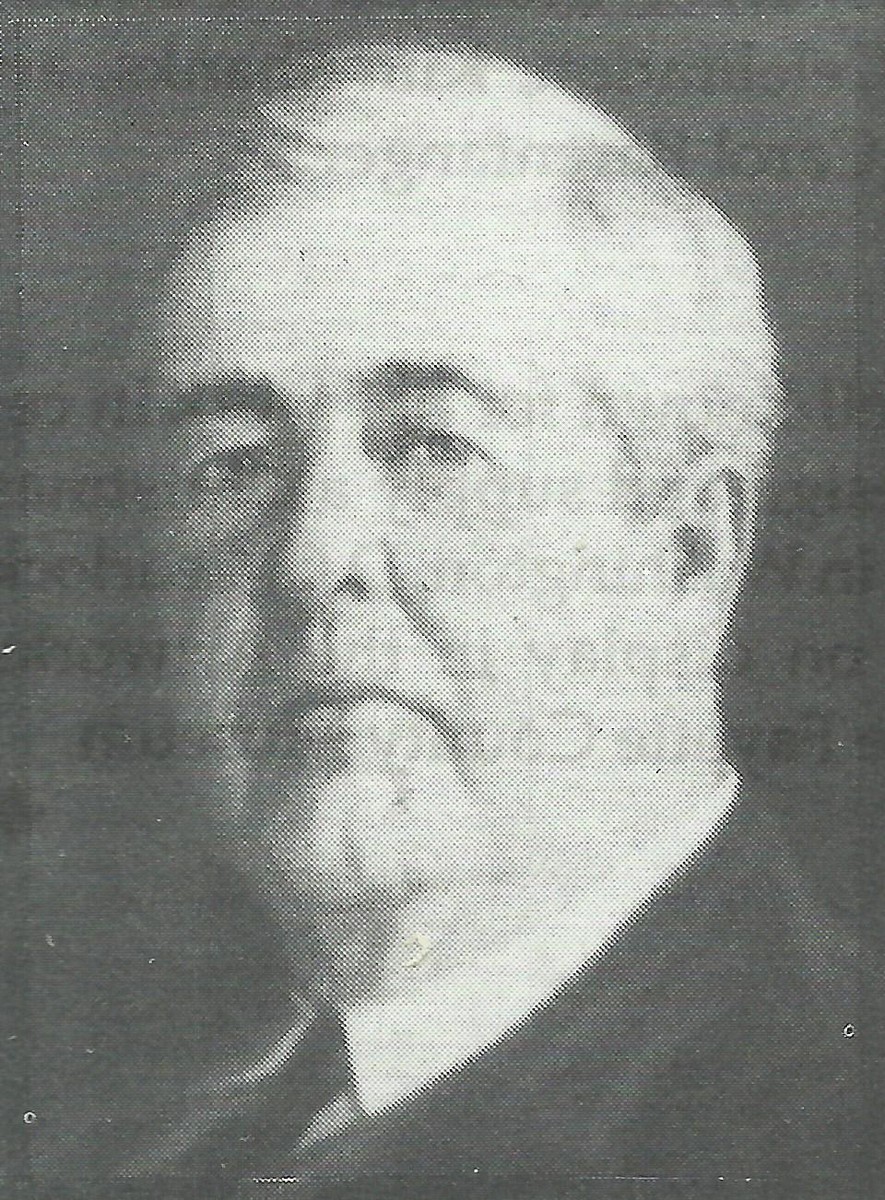