Junior Tyler Dagen is the only Vandal wrestler to make the consolation bracket at the Illinois High School Association individual state wrestling tournament.

His first-round opponent, Brandon Lizer of Dakota, was victorious in the championship quarterfinals, and according to tournament criteria, a consolation bracket qualifier is a wrestler who is beaten by a championship bracket wrestler who advance the semifinals.

The wrestlers who defeated Vandalia's other participants each lost in the championship quarterfinals, so Chaston Womack, Dalton Blankenship and Zach Jackson will not get a consolation bout. 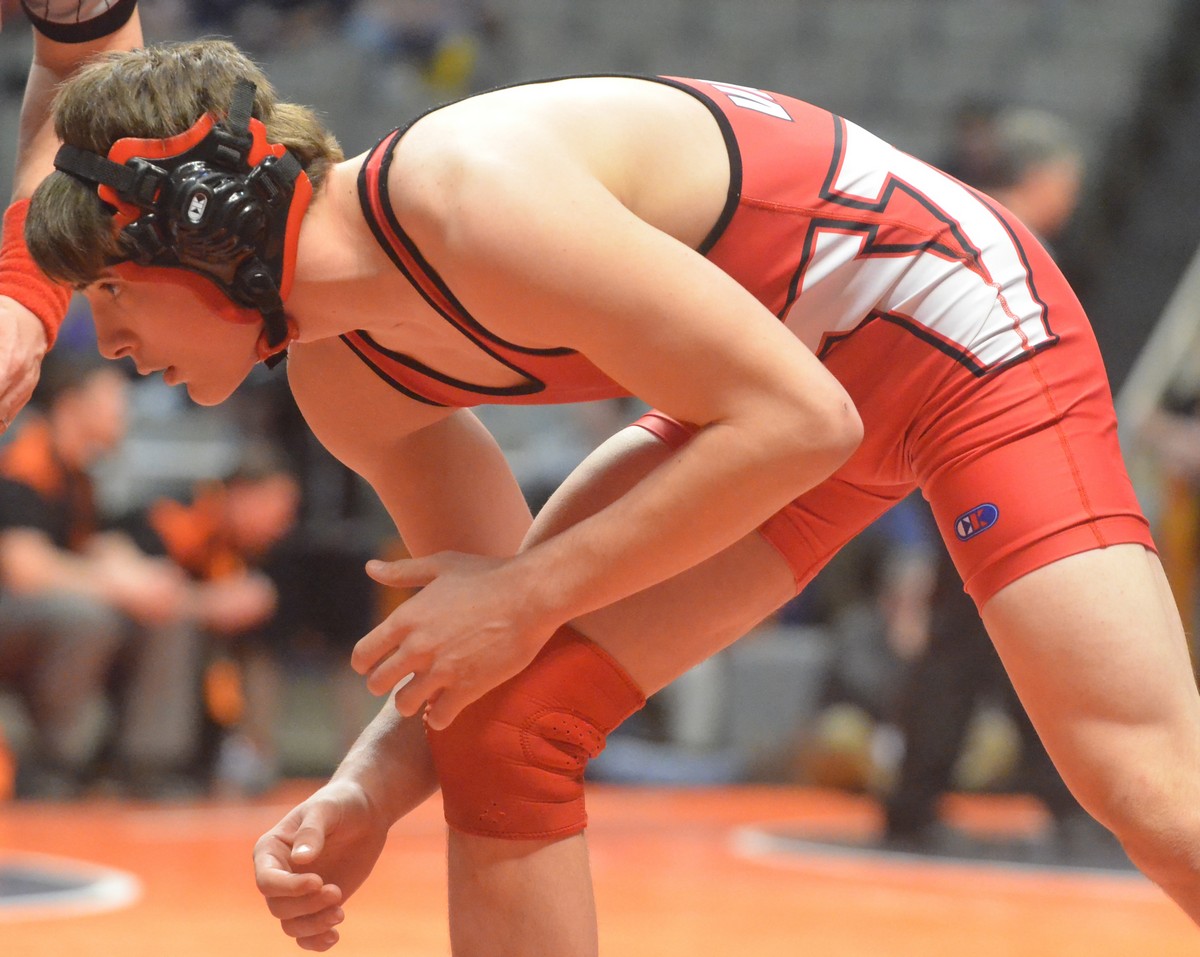 Junior Tyler Dagen prepares to battle in the first round of the championship bracket at the individual state tournament on Thursday.