RAMSEY – On a night that Ramsey honored its seniors, it was one of Patoka’s seniors who stole the show.

Jake Orrell had a double-double with 26 points and 10 rebounds last Friday to lead the Warriors to a 55-35 win in Egyptian-Illini Conference action.

“He plays better against bigger post players, because he has to use his athletic ability,” said coach Joe Eddy. “He doesn’t like to defend them, but he likes it on offense.”

Orrell consistently gashed the Ramsey defense throughout the game, scoring at least four points in every quarter, and stepping outside to make a pair of 3-pointers.

“It never ceases to amaze me how no matter what the situation is, when we come here, it’s an ugly game that stays closer than it should be,” Eddy said. “If you take away the second quarter, it’s not even close, but this is a game where you want to pull away to play your extra guys.”

It’s not surprising that the Rams had some extra energy for the game, because it was the final home contest in the careers of Ryan Black, Austin Cunningham, Colton Hunt, Tyler Pryor and Lane Webb.

Hunt led Ramsey with 13 points and eight rebounds, while Cunningham had seven and four.

“Ramsey plays hard and physical,” Eddy said. “They do what they can to get the best out of their kids.”

Patoka took control of the game in the second half, opening it with a 9-1 run over the first 2:45, and taking a 15-point lead by the end of the third period. 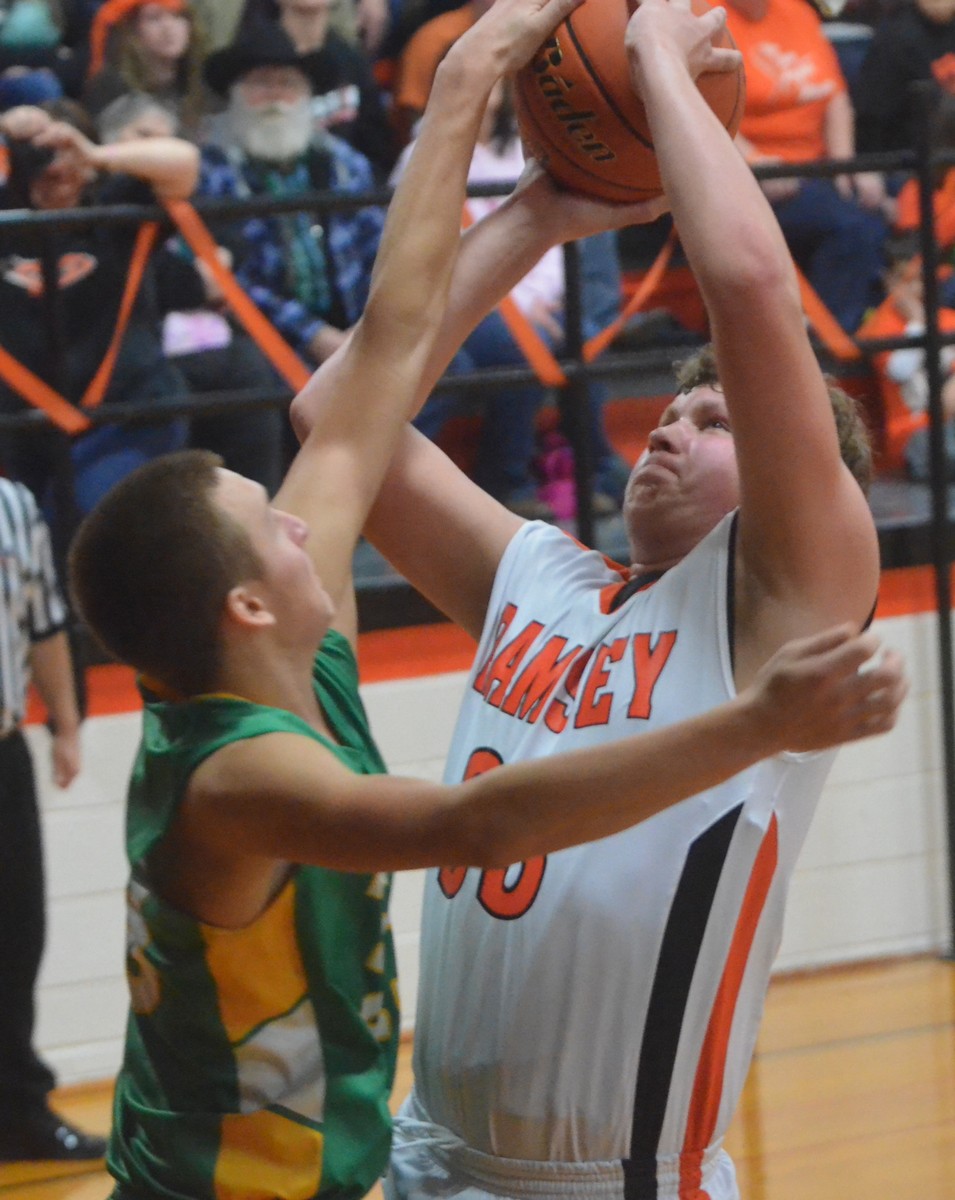 Patoka senior Jake Orrell (left) gets a hand on a shot by Ramsey senior Colton Hunt during last Friday’s matchup.