VANDALIA – One Vandal wrestler in each grade level advanced to the individual state tournament at Saturday’s Vandalia Sectional.

But for two others, finishing one match from a qualifying position left them in heartbreak.

“It was a good weekend,” said coach Jason Clay. “Even the ones we lost were mostly close matches or ones that were expected to go either way.

“Any time you get multiple guys and a couple of sectional champions, it’s something to be proud of.”

Womack received a first-round bye at the sectional after winning a regional championship a week before, and he cruised through Saturday’s event, going 3-0.

His highlight came in the championship bout, when he pinned Litchfield’s Victor Kalaher in 5:23. Kalaher had twice defeated Womack during the season.

“I have two awesome coaches who have gotten me to the right technique,” Womack said. “I’ve been trying my hardest every day in practice.”

Womack (34-14), who said it is “an honor” to be able to go to state in his first season, will face Byron’s Brady Wilsie (28-13) in the first round at the state tournament, which begins at 2:30 p.m. on Thursday in Assembly Hall on the campus of the University of Illinois.

Womack comes into state having won eight of his last nine bouts.

“Over the past three weeks, he has been doing amazing,” Jackson said. “He is getting his moves right, and it’s amazing that he got first today.”

Blankenship will be Vandalia’s lone returner to state, and he hopes to better the 0-2 mark he had in last year’s event.

With the momentum of a sectional championship and the experience of last year, he should be able to do just that, especially with a top seed.

“I have to control my nerves,” Blankenship said. “Last year, I got really nervous, and got teched in the first round.”

Blankenship appeared to be headed for overtime in Saturday’s finals, but he secured a takedown in the final 10 seconds and then held Shelbyville’s Wyatt Fox in a near-fall to take a 6-2 decision.

That finish was among the most exciting ones in the finals.

“I was really tired, but in the last 15 seconds, I said, ‘I just need to push it,’” Blankenship said.

Clay said that Blankenship did well to overcome the stress of an 8-7 semifinal win and then battle through another close bout in the finals.

“He outshustled and outscrambled the guy,” Clay said. “It was an exciting win for him, and maybe when he gets older, he will be more dominating throughout the whole sectional.”

Blankenship (39-8) will face Sterling Newman Central Catholic’s Stephan Adamecz (29-9) in the first round at state.

Jackson had to recover from a first-round loss to cement his place in the state tournament, and made an impressive run through the consolation bracket to win four bouts and take third.

“We talked on Friday about his situation and that if he gets beat, he needed to get beat because someone beat him, not because he beat himself,” Clay said. “I’m proud of him for coming back, because that’s a tough thing to do.”

Jackson was pinned in 4:42 in the quarterfinals on Friday night, but battled tough in the consolation bracket, easily winning in the first two rounds, before winning a semifinal battle, 5-3, and earning his first trip to Champaign.

He won the third-place bout, 9-2, and is a contender to pull off some upsets at state. He defeated Roxana’s Aaron Leuck, the sectional champion, by major decision at the Litchfield Tournament.

“I’m excited, but I know I’ll be a little nervous,” Jackson said. “The coaches have put me through the physical part, so I just need to stay focused mentally.”

He drew a tough opponent, however, as he will face North Boone’s Tyler Westlund (33-3) in the first round.

Dagen has been on the verge of qualifying for state since he was a freshman, and earned his first trip by battling through one of the toughest weights at the sectional.

“I thought there were about seven guys who would have been good state representatives at 145,” Clay said.

Dagen lost to Litchfield’s Justin Wright in the semifinals, and made it to the third-place bout by receiving an injury-default victory in the consolation semifinals.

He lost the third-place bout, 9-5, to Monticello’s Dylan Knisley, who Dagen defeated, 9-4, in the championship quarterfinals.

Newcomb and Lipsey each came out on the wrong end of consolation semifinal matches that were decided by two points or less to just miss their qualifying spots.

Newcomb’s 2-1 loss to Shelbyville’s Mitchell Barna was especially hard to take after he had lost 1-0 in overtime to Cumberland’s Timmy Carll in the championship semifinals.

During the season, Newcomb defeated four wrestlers who are in the state tournament.

“It’s sad. I wanted to see him go with us,” Jackson said. “I know he is there physically and mentally, but he just caught a couple of bad breaks.”

Said Clay, “He lost two heartbreakers, and that was the hardest part of the weekend. It’s disappointing, because he is a guy who has done everything work-wise.

“I am extremely proud of him for how far he has come to become a state-caliber kid. But if I know Sean, he will be even more determined for the team sectional.”

Lipsey fell 15-13 to Roxana’s Jeremy O’Gara after losing the lead with 33.4 seconds left in his consolation semifinal match.

Stewart and Tedrick each went 0-2 at the sectional.

Those four will still have a shot to make another mark on the season, as the Vandals will be in action at the dual team sectional next Tuesday against Murphysboro.

Action will begin at 6 p.m. at Robinson High School.

Vandalia knocked off Murphysboro, 44-28, on Jan. 12, but Clay said that his squad won’t overlook the match just because of a prior victory.

“Lineups could be shuffled and both teams probably have improved since then,” Clay said. “We feel like we are the favorite, and if we do what we need to do, we can win that match.

“But we aren’t taking it for granted, because having a state berth on the line doesn’t happen to too many teams too often.”

The Vandals have reached the state tournament in each of the past two seasons, but were eliminated in the first round both times.

If Vandalia is victorious, it will meet either Litchfield or Monticello in the first round at state.

The team state tournament is held at U.S. Cellular Coliseum in Bloomington on Saturday, Feb. 23. 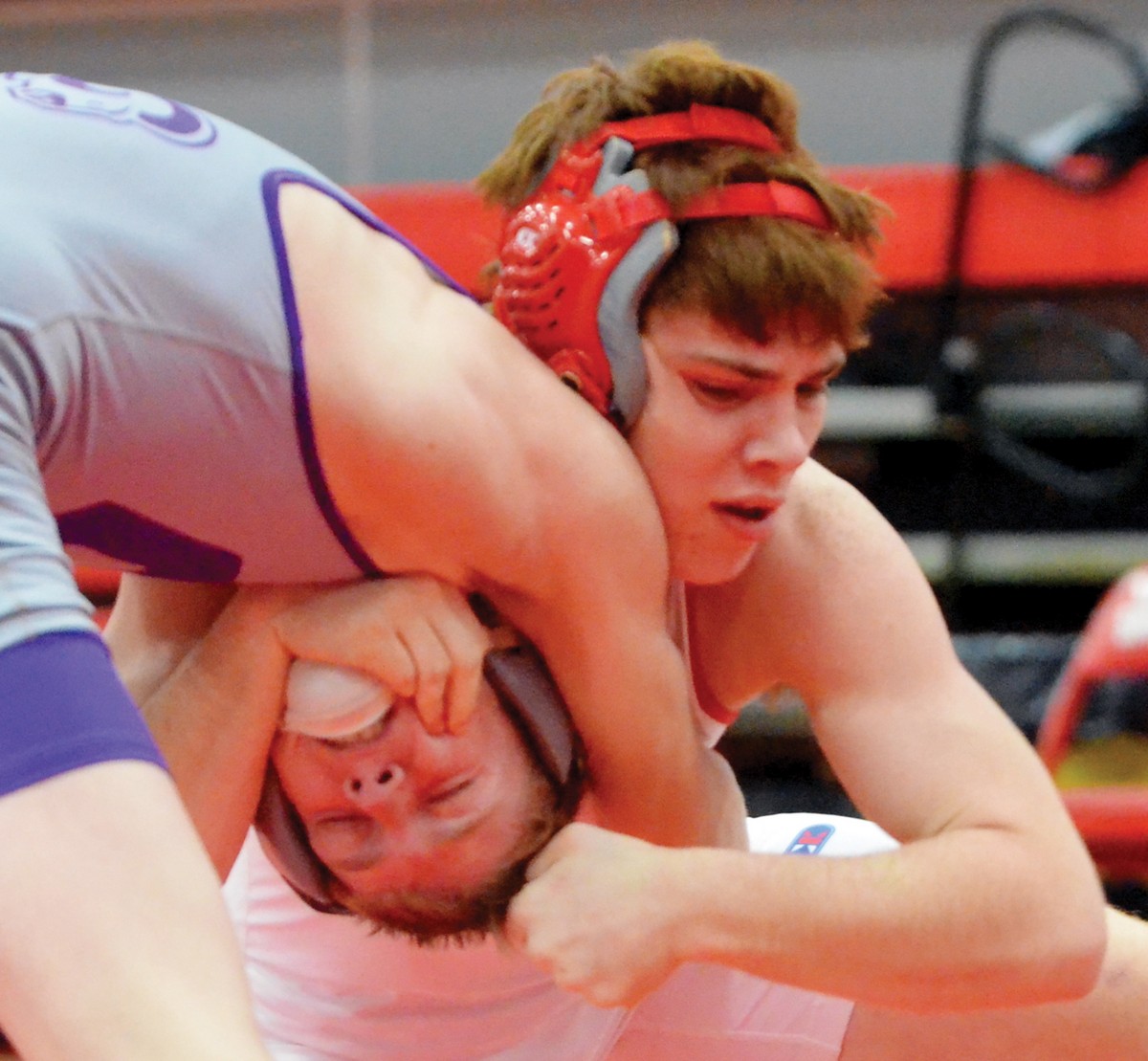 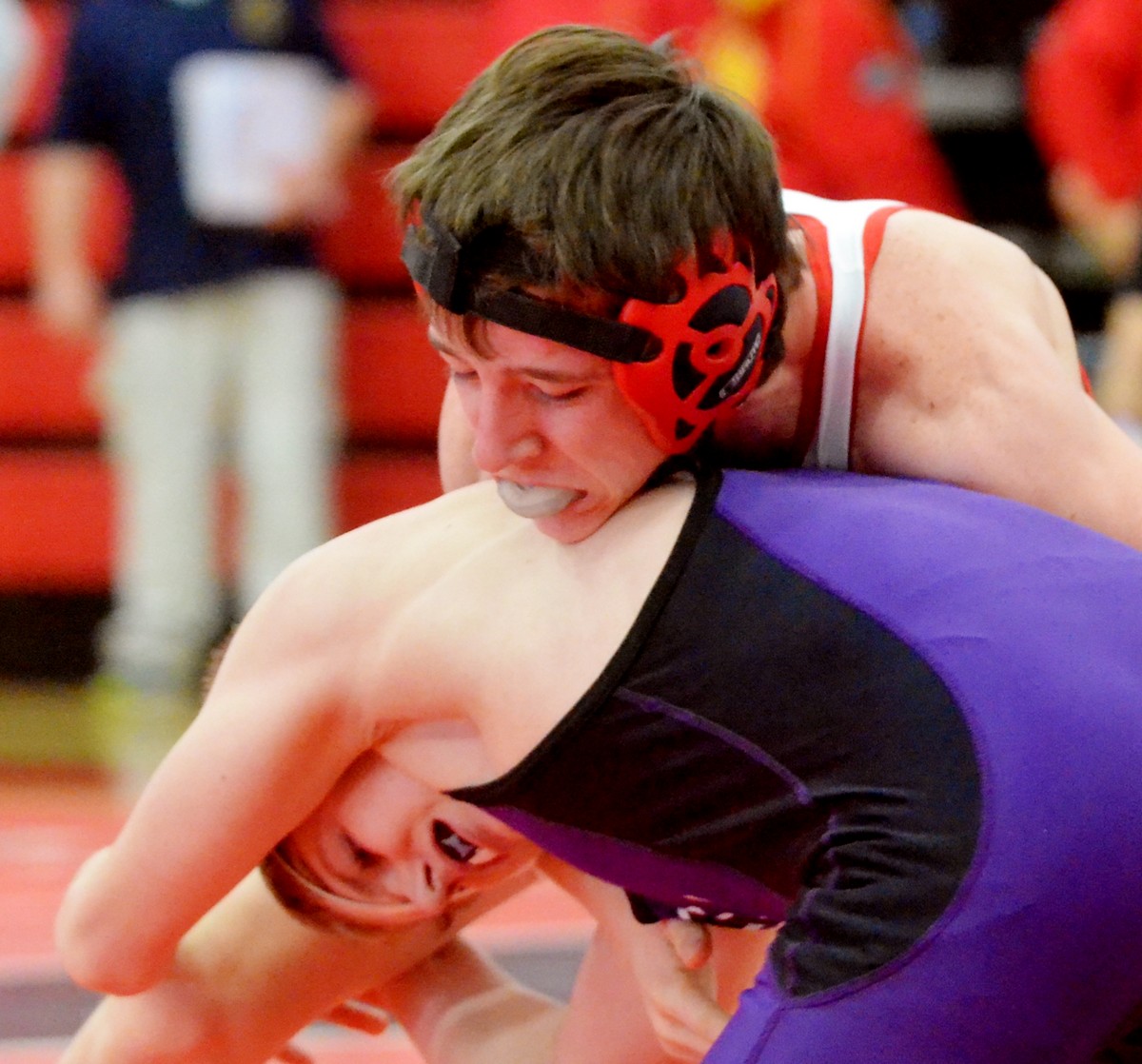 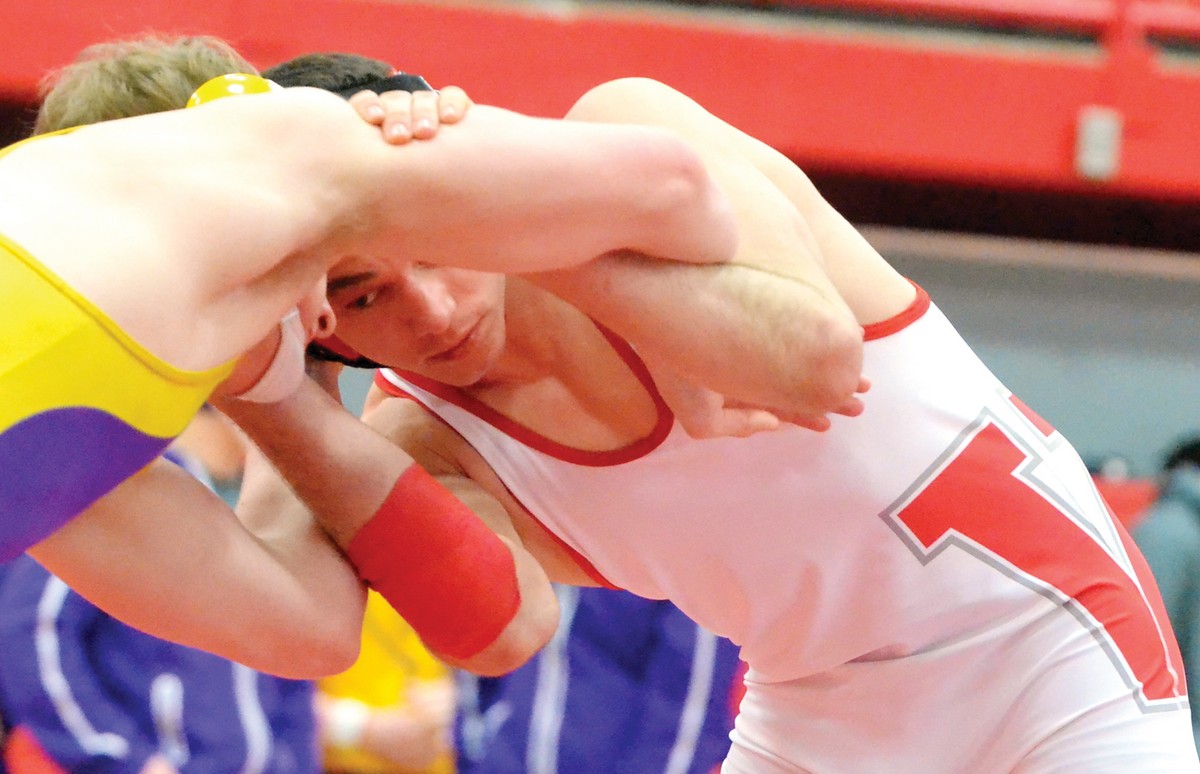 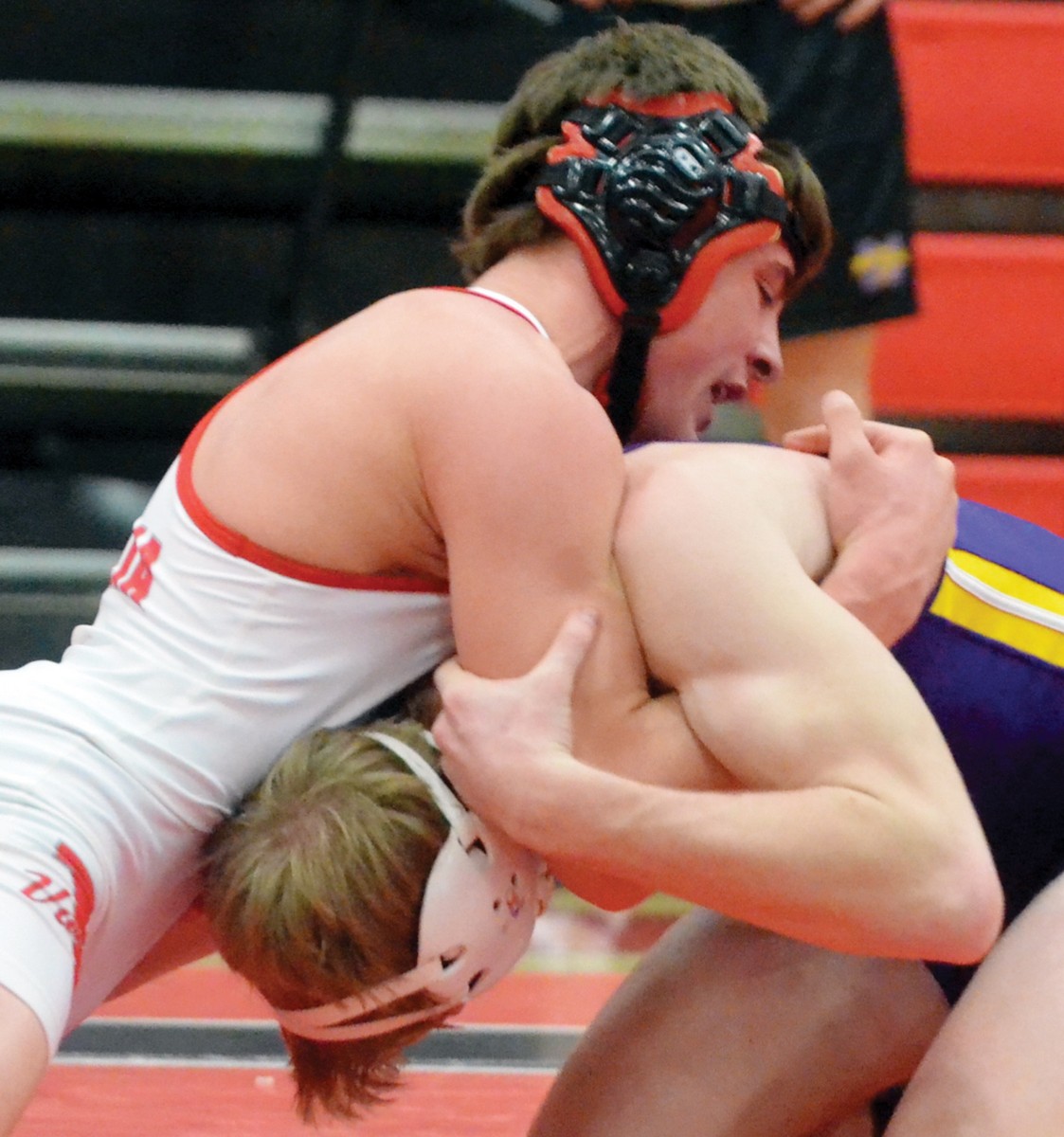 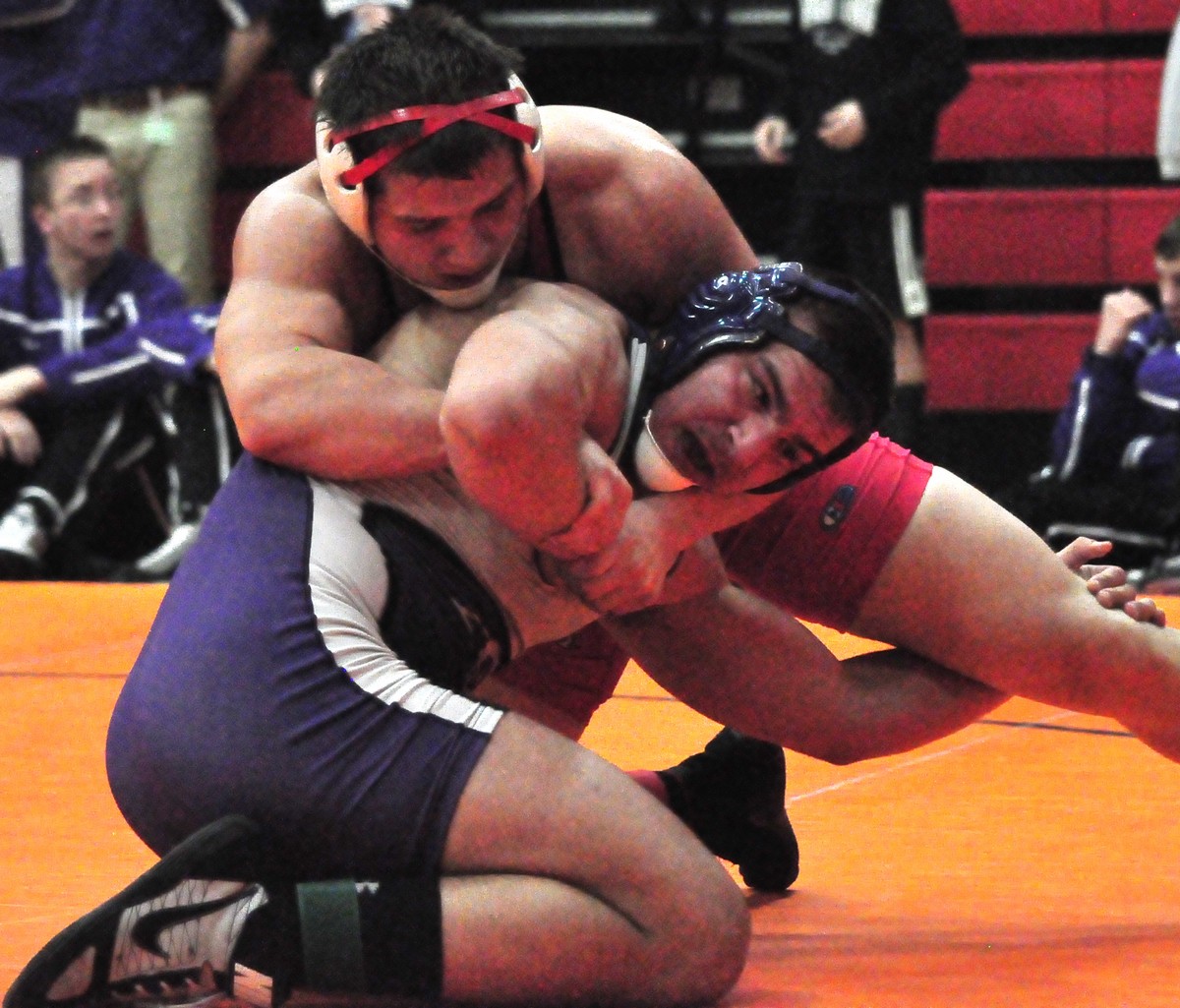 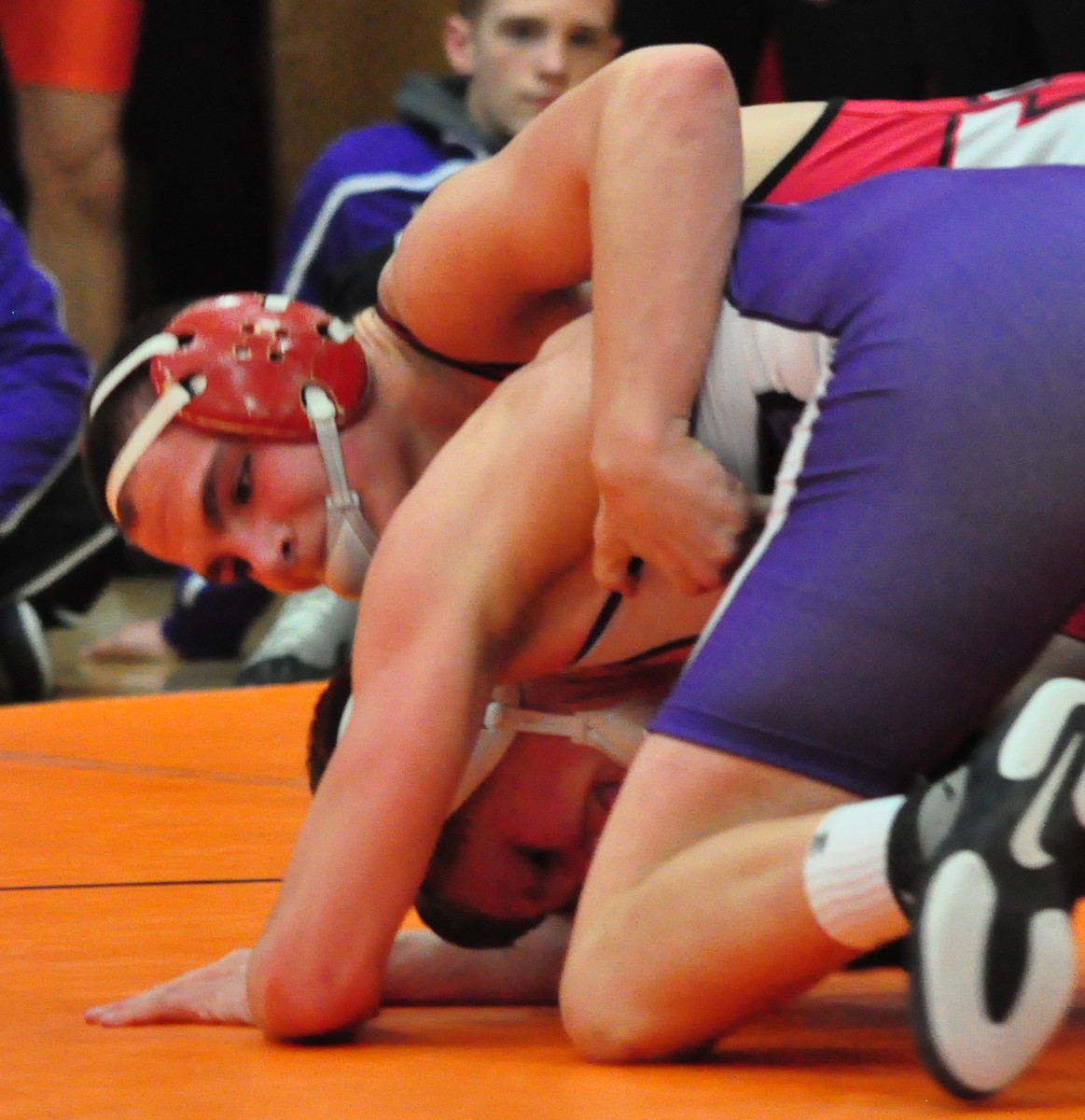 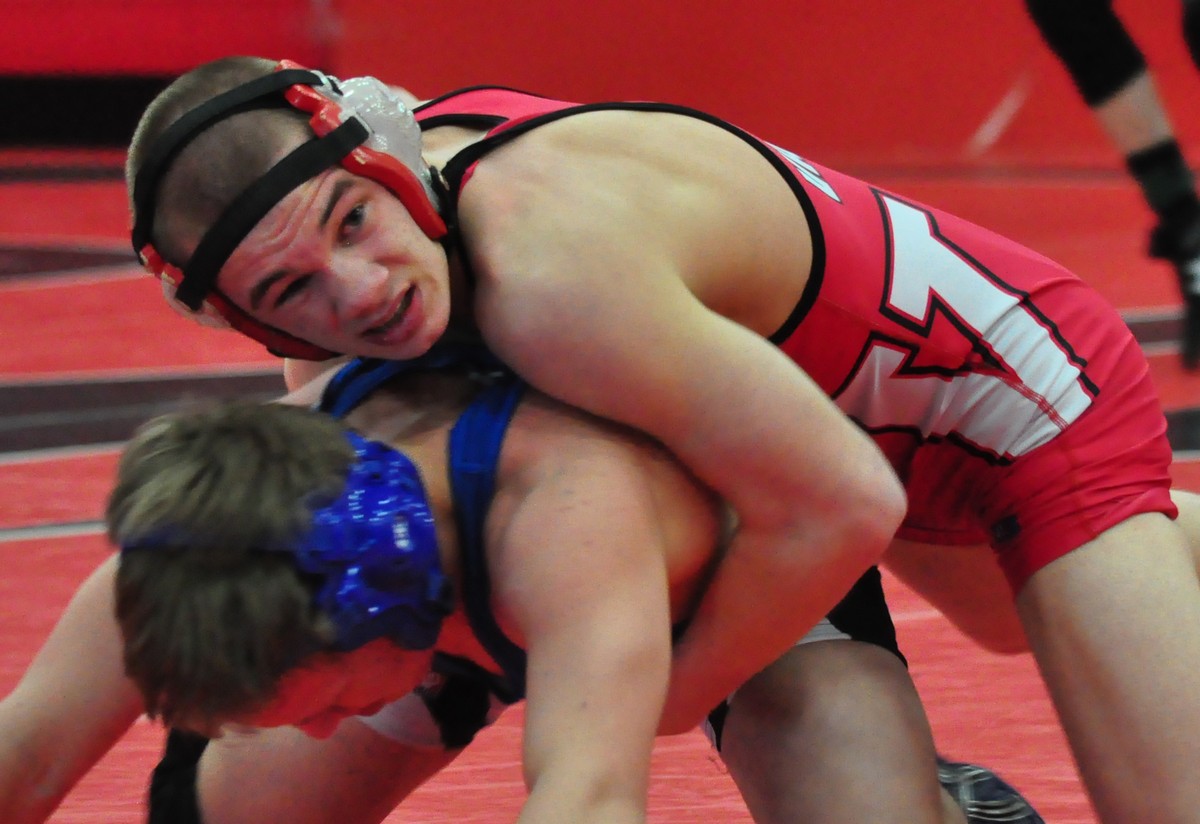