A couple of factors made the position of assistant state’s attorney attractive to Amanda Ade-Harlow.

One was the fact that Fayette County’s new state’s attorney is a long-time friend. Another was the type of work that she would be doing in that position.
Joshua Morrison appointed Ade-Harlow as his assistant shortly after he was elected Fayette County’s state’s attorney at the general election in November.
Like Morrison, Ade-Harlow grew up in Pana. She completed her studies at Pana High School in December 1994 and graduated with the class of 1995 that spring.
Ade-Harlow earned an associate’s degree in radio and television broadcasting from Lake Land College in Mattoon, then took about a year off from her studies, going to Oklahoma as she considered her future options.
She returned to Illinois, earning a bachelor’s degree in legal studies from University of Illinois at Springfield, and then completed the studies for her juris doctorate degree in two years at Thomas Cooley Law School in Lansing, Mich., in September 2003.
Ade-Harlow began working with the DePaepe Law Office in Taylorville right after completing law school, and stayed with the firm after becoming licensed to practice law in December 2004.
At that firm, Ade-Harlow worked in the areas of collections, criminal defense, and family, custody and divorce.
In 2005, she became a conflict public defender in Christian County, and she later added the same responsibilities in Shelby and Montgomery counties.
In January 2012, she became the assistant state’s attorney in Shelby County, a position she held until taking the same job in Fayette County.
Ade-Harlow said she could always see herself as working in law.
“My family used to watch LA Law and other shows like that, and I just kind of got into it,” she said.
But, as she worked toward earning a law degree, Ade-Harlow also completed other studies, “in the event that I didn’t like law.”
She got to know Morrison when they were younger, as one of his best friends and one of her best friends were brother and sister, she said.
Ade-Harlow then surprisingly met up with him in law school.
“On the first day of law school, all of the students have to go to orientation,” she said.
Sitting there, Ade-Harlow saw someone sitting five or six rows ahead of her that looked familiar from the back. But she didn’t really think that two people from Pana would end up in the same law school class in Michigan.
“The judge told us to look to the left, look to the right” to become familiar with other students in the class. That was when she confirmed that it was Morrison sitting in front of her.
Ade-Harlow said that when Morrison asked her to be his assistant, she didn’t have to think long about an answer.
“This is a person that I’ve known all of my life,” she said.
“He and I have experienced similar things over the course of our lives, he knows where I came from, he knows what I’m about and he knows what my experience is,” Ade-Harlow said.
“Also, it’s still in the Fourth Judicial Circuit. I’m familiar with the court personnel, having practiced here, doing criminal defense cases and family cases.
“Also, the judges in the circuit rotate from time to time, and I’m familiar with them,” she said.
Accepting Morrison’s officer, Ade-Harlow said, “was kind of a no-brainer.” 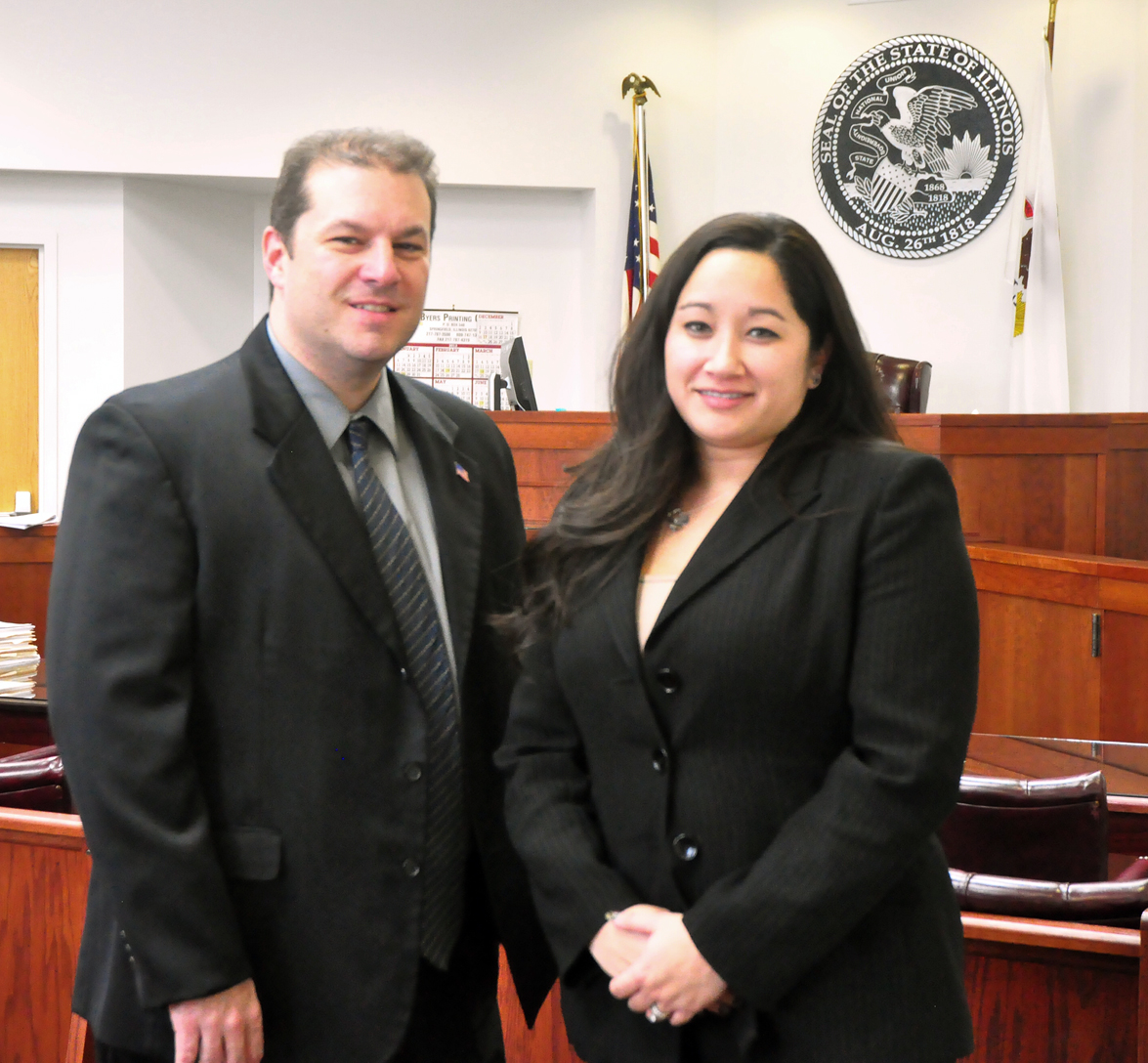