ALTAMONT – Senior Rudy Hablewitz erupted for a career-high 26 points as South Central produced its second-best offensive output of the season in the first round of the 78th annual National Trail Confernce Tournament.

Hablewitz got better as the game went on, scoring 11 of his points in the fourth quarter of Monday’s 60-47 win against Brownstown at Altamont High School.

"He had it in his mind that we had to turn things around, and he needed to be a part of it," said coach Rick Simmons. "It's something I've been expecting for a long time.

Senior Fischer Tharp posted a double-double, with 12 points and 11 rebounds, for the Cougars (5-13), who snapped a seven-game losing streak, and senior Austin Schwarm added 10 points and seven boards.

Austin Hunter, a senior, paced Brownstown with 17 points and six rebounds in his first game back since spraining his ankle on Jan. 15 against Stew-Stras.

The Cougars scored the first five points of the game, but actually trailed for much of the opening half before Hablewitz scored on a fast-break layup with 39 seconds left in the second quarter to give South Central a 26-25 halftime advantage.

He then scored two baskets within 15 seconds as part of a 6-0 run that gave the Cougars a 37-30 lead in the middle of the third quarter.

That lead would be stretched to 10 before the Bombers (8-10) cut it down to three on a layup from junior Jacob Behrends with 43 seconds left in the period.

A 7-2 run for South Central opened the final quarter, however, and would seal the game, as Bombers got no closer than seven points after that.

The Cougars moved on to play Altamont on Wednesday, and will play again on Friday.

Brownstown was the highest seed to lose on Monday, and automatically received a spot in Saturday's seventh-place game at 11:30 a.m.

The Bombers will face either Windsor or Beecher City. 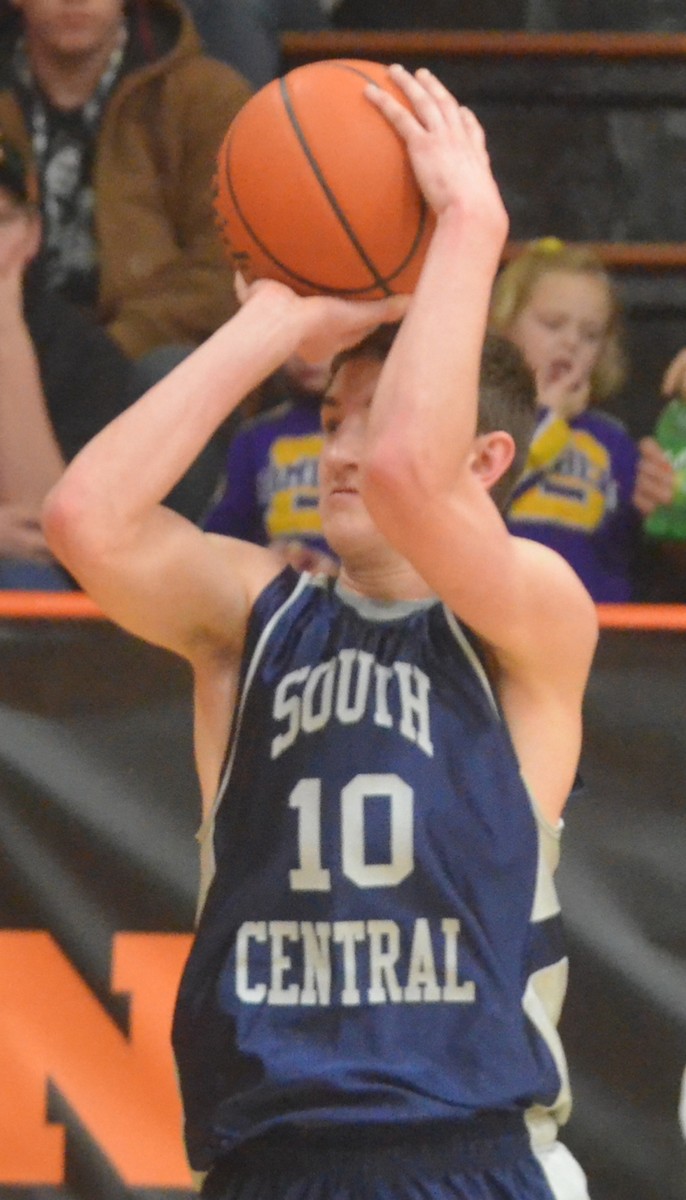