The Ramsey School District is one step closer to moving students out of modular buildings and into a permanent structure as it makes a significant improvement to its facilities.

The Ramsey Board of Education approved on Monday the bid of $4.416 million from Poettker Construct of Breese for an addition that will link the district's two existing structures.
That 22,840-square-foot addition will house eight classrooms, including a new band room, and a 300-seat gymnasium.
Ramsey Superintendent of Schools Melissa Ritter said the four-phase project will get under way at the beginning of March with the construction of a concrete parking lot east of the grade school playground.
That parking lot will replace the current lot, which is between the high school and grade school. The area currently used for parking is the site of the district’s new addition.
The new parking lot, which has a cost of $81,000, was the only one of seven alternate bids accepted by the Ramsey Board of Education, with Ritter explaining that the contractor has agreed to hold the other six alternates – which are most resurfacing and roofing items – for six months.
If construction progresses with no contingencies, the district will have the option of proceeding with one or more of the alternate projects.
Poettker’s bid was one of eight received by the district, and Ritter said that all of the bids were close, with the base bids ranging from Poettker’s $4.335 million to $4.742 million.
“I think that shows that we received some pretty fair bids,” she said, adding that she believes that prequalifying bidders was of great benefit.
The bid is slightly lower than the $4.5 million estimate prepared by Design Architects Inc., which is affiliated with Hurst-Roche Engineers. The firms’ offices include one in Hillsboro.
The team of engineers and architects include Scott Hunt, a Ramsey resident and graduate of RHS. “It’s really nice to have a local person like Scott being a part of this,” Ritter said.
The construction schedule calls for the first two phases of the project to be completed in August. In addition to the new parking lot, the first two phases include the construction of new main entrances at the grade school and high school.
Completion of the third phase, which includes completing the remainder of the addition, is scheduled for the end of May 2014, which allows the district to begin moving into the building over the summer.
The final phase includes completing the renovation of the grade school office area and one grade school classroom. The schedule calls for that work to be done by early August of next year.
The addition project is one that has been in the works for more than a decade.
Ritter said that district officials applied for state monies for an addition in 2003, one year after buying two modular buildings for four fifth- and sixth-grade classrooms from the Bond County School District.
The district will sell those modular structures when the project is completed prior to the 2014-15 school year.
Ramsey was ranked 50th among districts seeking state grant funds, but jumped up that list considerably in recent years.
In 2011, Ritter said, the Ramsey district was informed that it was 30th on the list “and that the board needed to get all of our ducks in a row.”
The state ultimately decided to fund those in the low 30s, with the Ramsey district learning in February of last year that it would receive 75-percent funding through the state’s Capital Development Board.
The grant funds were awarded for a project that would house 200 students in grades six through eight.
The grade school now houses 346 students in pre-kindergarten through eighth grade, and the high school has 153 students in grades 9-12.
“The positive thing about this is that the superintendents before me, particularly Mr. (Chuck) Stortzum, knew that this would be coming and started putting money away for it,” Ritter said.
The district will fund its 25-percent share, she said, with money from its building fund and that generated by the sale of bonds.
She said the district had a bond issue that was set to expire, and the school board approved extended the terms of the bonds in a way that would not increase local property taxes.
Once the district knew that the addition project was moving closer to reality, it formed a committee to discuss what the project would include.
That committee, Ritter said, included district administrators, teachers and teacher aides, as well as community representatives.
“It really worked out well to have the teachers involved in the process, because they came up with some very good ideas,” she said.
While addressing major housing issues, putting many of the district’s students into a permanent structure, the addition will also make things a little better for students who use both buildings.
“Because the grade school and high school share teachers, we have a number of students walking back and forth between buildings, in all kinds of weather,” Ritter said.
“You can see students running in the rain from one building to another,” she said.
That includes the district’s band students, some of which are walking outside from the grade school building to the west end of the high school.
The addition provides a new, more centralized band room located south of the new gym, which will be used for junior high sports teams, practices for all teams and district activities.
“We originally hoped for a larger gym, one that could be used as our main (high school) gym, but that is not possible because of the money that’s available.
“We believed that the most-important issue was having quality, permanent classrooms for all of our students,” Ritter said. 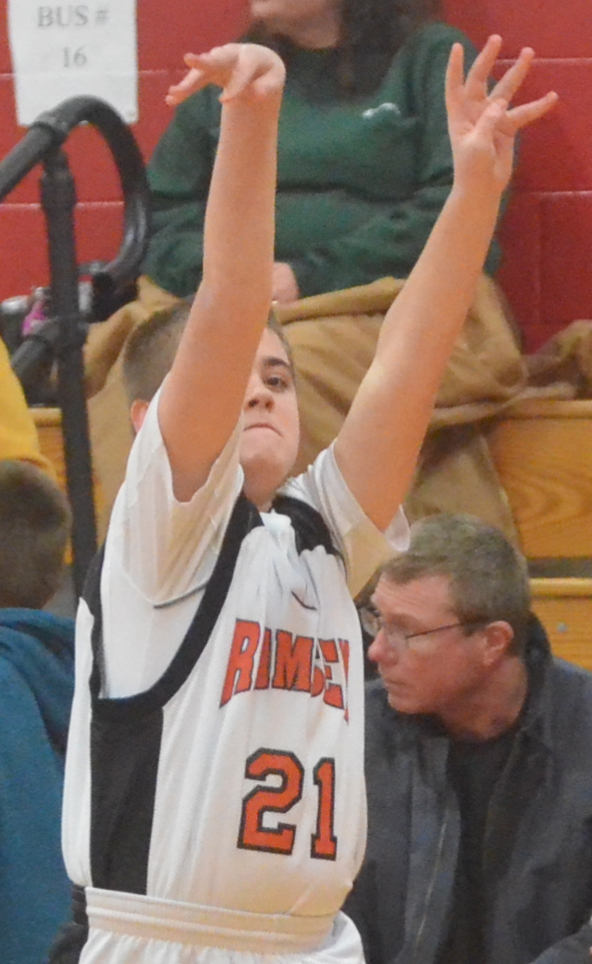 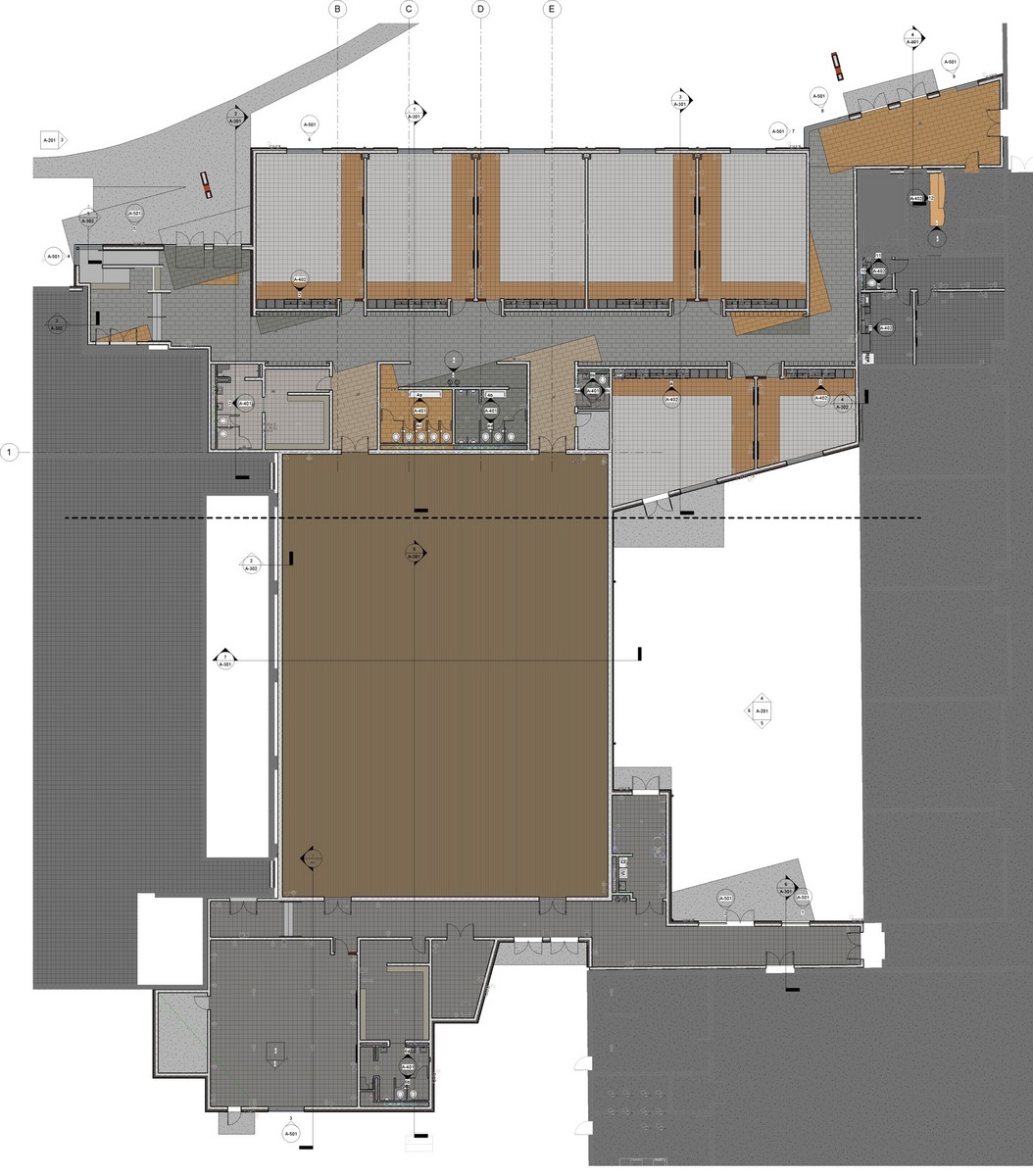 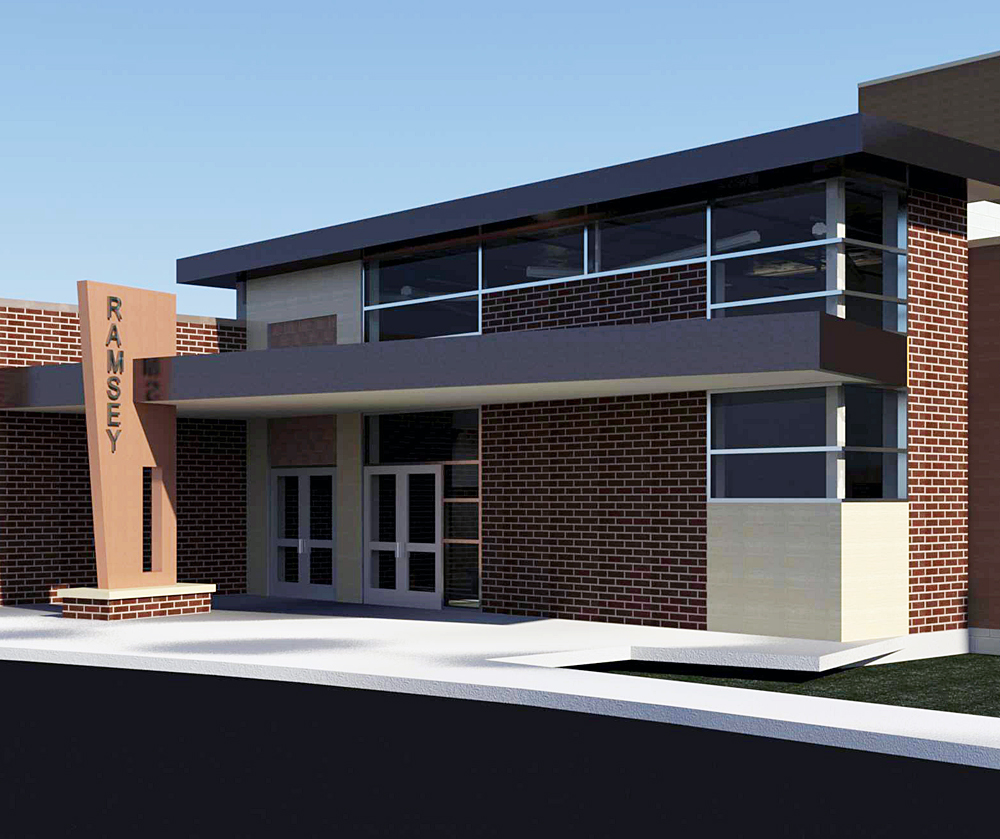 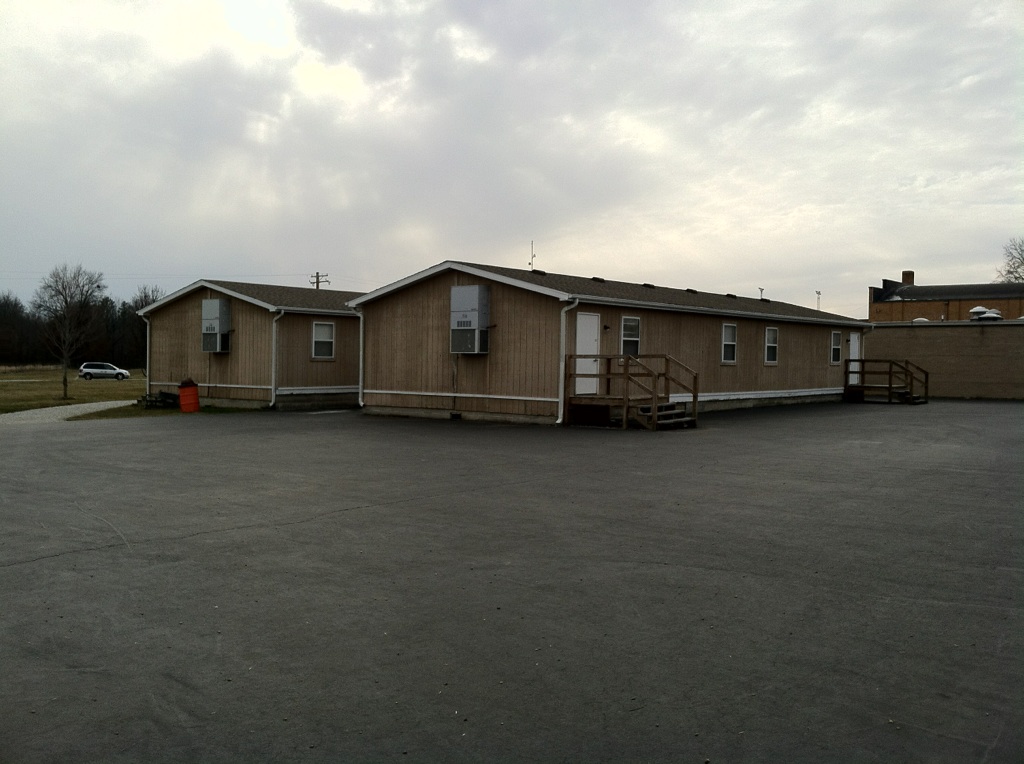