VANDALIA – Morgan Whightsil does all of the little things well.

And while those small things may not generate many headlines or highlight plays, they do help earn wins, respect of coaches and teammates, and potentially a spot on a college roster.

The 5-foot-5 defensive guru is the best post defender for the Lady Vandals this season, using strong fundamentals to make up for her small stature.

“If they start to get taller than you, you have to get your hand in their face, never let them shoot an open shot and always make sure you know where they are,” Whightsil said. “Never let go of their shorts, because if you do, they will get separation and have all the height in the world over you.”

When she was younger, it seemed that Whightsil was going to have all the height she could want in her own world, as she was already 5-foot-3 by the time she reached seventh-grade.

Therefore, any extra practice that she did with her dad, Rich, was always geared toward helping her become a fundamentally-sound  post player.

And though she never hit another significant growth spurt, her game has continued developing throughout her high school years, and has resulted in her becoming one of the more aggressive post players in the area.

“She’s gotten more physical and quicker,” said coach Michelle McNary. “She’s not afraid to bump on a big girl, and that wears on them.

“I know she is never going to give up,” she said. “She is going to give 110 percent and do everything I ask, including guard bigger post players.”

One new part of Whightsil’s job description this season has been to play more as a guard and become a more prominent scorer.

She has raised her season scoring average by a point since last season, and is one of just two players to have scored in all 19 games so far this season.

“Defense is probably my strongest suit,” Whightsil said. “If I can add a couple of points in there, that’s good, but I feel better when in defensive position.”

She had a season-high 10 points at Southwestern early in the season, but one of her biggest offensive contributions came last Thursday at Staunton.

Though she had just four points in the game, both of her field goals came after the Lady Bulldogs switched defenses to contain fellow senior Amber Bruno.

Once Whightsil showed she could score, Staunton switched back to what it had been doing, allowing Bruno to score 23 points and the Lady Vandals to win, 42-25.

And a good leader doesn’t mind sacrificing that scoring glory.

Whightsil always seems to have a smile on her face and probably doesn’t have a mean word to say to anybody, and by being so approachable, she is able to lead by pointing out mistakes to younger teammates without intimidating them.

But that’s not to say that Whightsil never gets mad.

Like her other family members, however, it’s a rare occasion.

“It does happen once in Whightsil said. “It was never a thing in our family to get angry. You took things with a grain of salt and moved on – I’ve taken that to the basketball court.”

That’s a great quality for a future elementary education major, and hopefully coach, to have. Her top college choice is Illinois College, which has offered her the opportunity to play both basketball and softball.

Whightsil said she plans to just play one – even though she loves both games dearly – but she hasn’t even begun to think about which one it will be.

Whichever it is, there’s bound to be success.

“She’d be a great addition to a college team, mainly because of her work ethic,” McNary said. “If they told her she needed to do a certain thing, she would go out and do it so she could play.

“I love having her on the team, and I will miss her a ton next year when she’s gone." 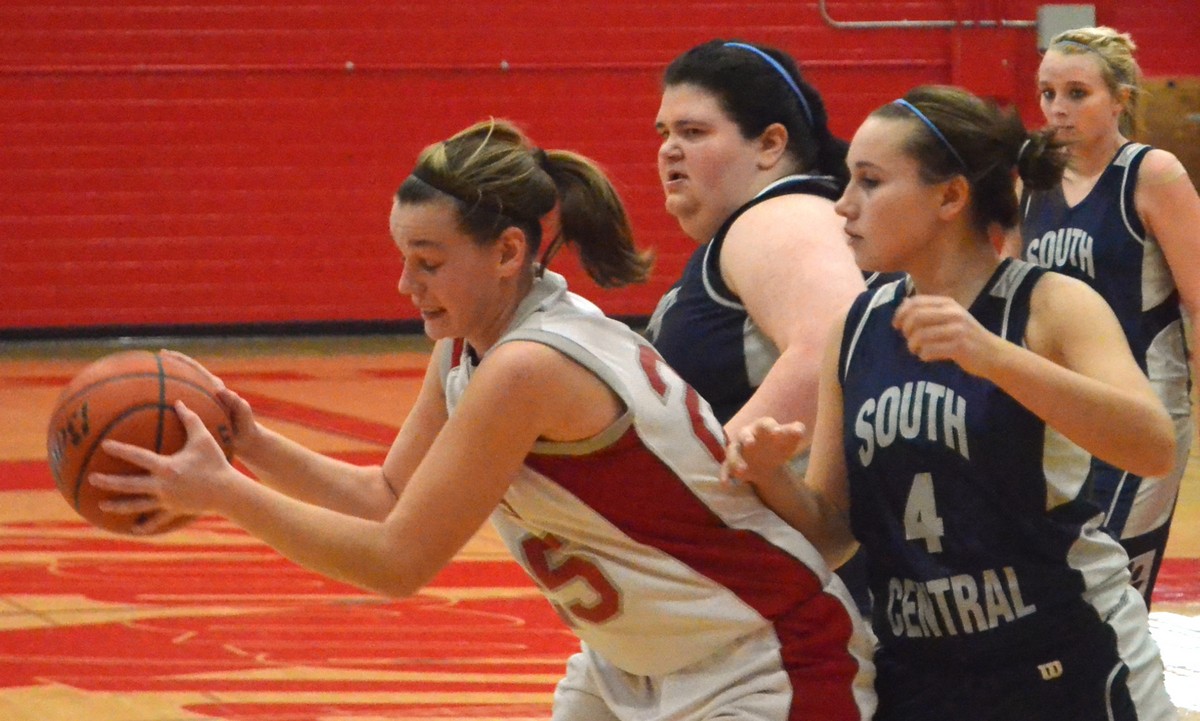