PATOKA – The Warriors picked up their first win of the second half by beating Cisne, 58-37, last Thursday night.

Junior Johnnie Clift scored 13 points to lead all scorers, and senior Quinn Wadkins got to 100 points on the season by scoring 12 in the game.

Patoka (8-5) trailed by one after the first period, but scored 17 points in the second quarter to take a 25-18 lead to halftime. Included in that period were three 3-pointers, one each for Sheldan Felchlia, Seth Allen and Dylan Back.

The defense then held Cisne to just 19 points in the second half, while the offense posted 12 in the third quarter and 19 in the final eight minutes,

Wadkins scored seven of his points in the final period, and Clift scored six of his then.

With four 3-pointers in the game, Patoka continued its now 13-game streak of games with at least three such shots. 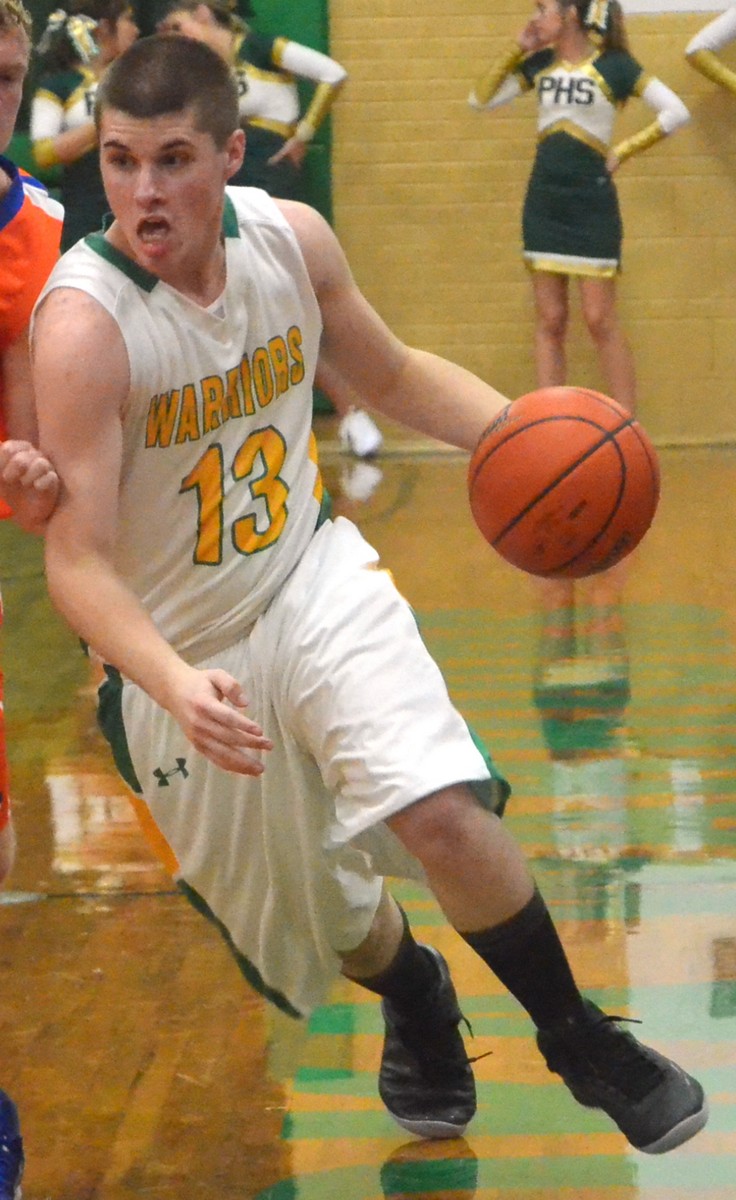 Patoka junior Seth Allen pushes past a Cisne defender during a 58-37 win against the Lions last Thursday.