VANDALIA – Michael Wells is not one to brag about his athletic accomplishments.

But that didn’t stop everyone else from taking note of last Friday’s career game for Wells, when  he scored 27 points and grabbed nine rebounds against Maroa-Forsyth to lead the Vandals into the championship game of the Vandalia Holiday Tournament for the first time since 2005.

Numerous phone and Facebook messages were left for Wells that night, but after the game, he was thinking of everybody but himself.

“If I am open, I will try to get the ball in the basket, but if not, there’s always going to be someone to dish it to,” he said. “They are good shooters out there.”

The humble three-sport star leads the Vandals in scoring this season with 10.8 points per game in his first season as a starter after having been one of several options off of the bench last season, even though he was a prolific junior varsity scorer.

That scoring has translated to the varsity level, with Wells putting in at least eight points in all but three games this season, and he once scored at least 12 points in four straight games.

No other Vandal can say the same.

“All year, he has probably been our most consistent scorer,” said first-year coach Brian Buscher. “He’s a great kid, and he’s gotten what he has gotten this year because he works hard for it.”

Wells put in a lot of extra practice during the summer, playing in the four Vandal Shootouts while also practicing individually to prepare for the season.

He’s also worked with his dad, a former player, and several other parents who used to play at his younger brother’s practices for the fifth- and sixth-grade teams the past two years.

“I have been working hard over the summer, working on my shots and post moves, because I knew I would finally play this year,” Wells said. “My brother has practices, so I will go there and work on things with my dad and other dads who are there.”

His post moves have allowed him to get into position for many of his points this season, but nine of his points against Maroa-Forsyth came in a different fashion.

The 6-foot-2, 240-pounder put up a rare 3-pointer 11 seconds into that game, hitting the shot to start his night, and he would later make back-to-back 3s in the second quarter.

And though all of his 3-point attempts this season have all come recently, Wells said that the shot isn’t a new trick.

“The day I was born,” Wells said when asked when he became a long-range shooter. “I’ve been working on it over the summer, but I’ve never had a chance to shoot them.”

How many more of those shots Vandal fans will see this season is hard to say, but Buscher said that if Wells doesn’t get carried away trying to force them, he is ok with more attempts to spread out defenses.

And if he can use that to open up the paint and then take his game inside, Wells could be in for a big second half to the season, which he said has already been the most enjoyable of his career.

“He wants to,” Buscher said of Wells’ penchant for scoring. “He works hard, and when you do that, you make your own luck. 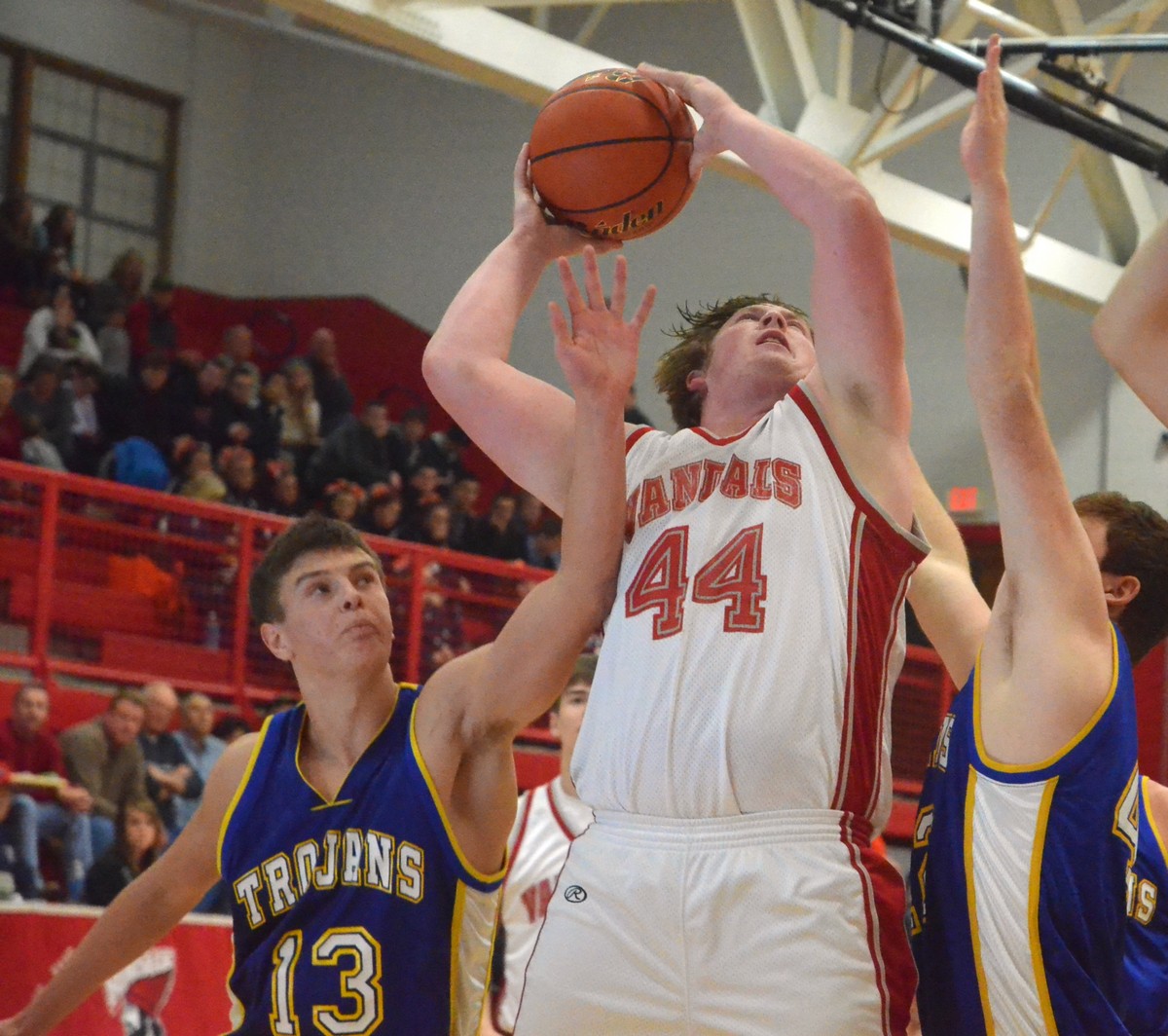