Vandalia’s Anthony Enlow placed first at Edwardsville on Saturday, going 2-0 in both the 9- and 10-year-old and 11- and 12-year-old divisions.

On Sunday, he wrestled up an age division and placed third at Vandalia, with a 1-2 record.

Vandalia’s Gavin Mouser (top) and Hobie Booker ended up battling each other during the Christmas Showdown. 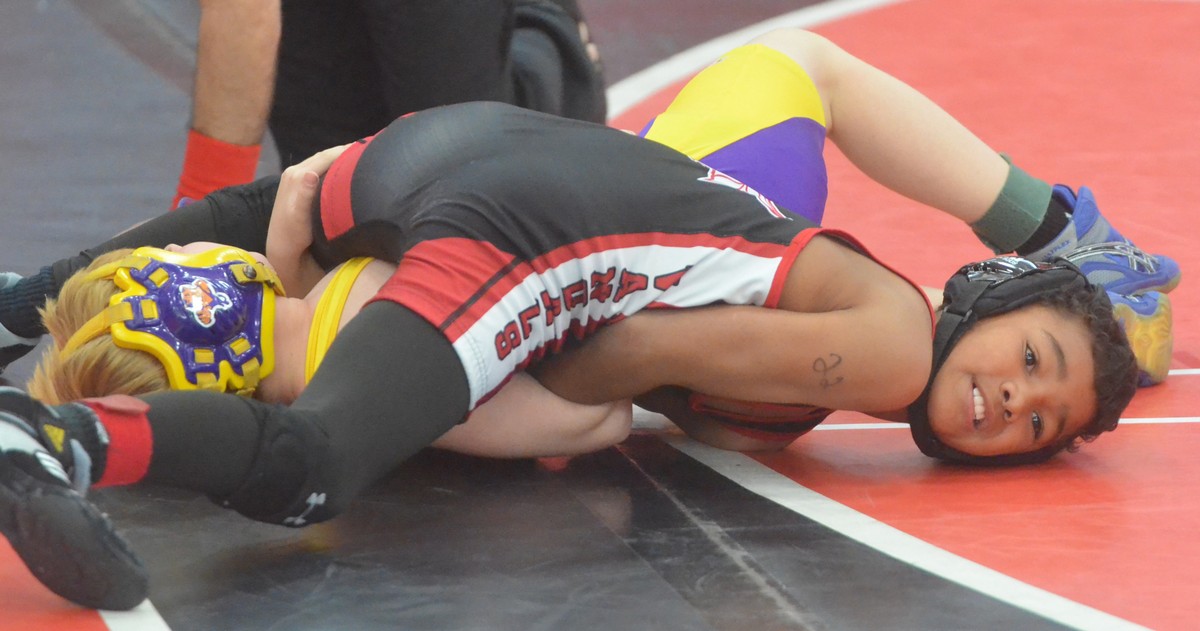 Vandalia’s Markus Isaiah gets a pin during the Vandalia Jr. Wrestling Christmas Showdown on Sunday.