ST. ELMO – A strong second half propelled the Eagles into the championship game of their own holiday tournament last Thursday.

Senior Ben Davis came off of the bench and drained a 3-pointer with six seconds left in the third quarter, and junior Levi Maxey nailed another 3 on the first possession of the fourth quarter to seal the deal for St. Elmo in a 42-33 win against Beecher City.

“We don’t usually bring a kid off the bench and run a set for him, but Ben hit that shot for us,” said coach Greg Feezel. “It was one of the biggest shots of the night.”

That shot gave the Eagles a 26-22 lead, St. Elmo’s first since the first made basket of the game.

Maxey then secured his trey 19 seconds into the fourth quarter on his way to a game-high 21 points, and he made another two minutes later to give St. Elmo a 10-point lead.

The comeback started on defense, however, as the Eagles (5-2) switched from man-to-man to zone at the start of the second half, holding Beecher City (2-4) to just two third-quarter points and 11 in the fourth.
Beecher City had led 20-14 at halftime.

“We talked about more energy,” Feezel said of his halftime message. “When you’re in a zone, it’s hard to get after people, but we tried to get people to stay home and guard. 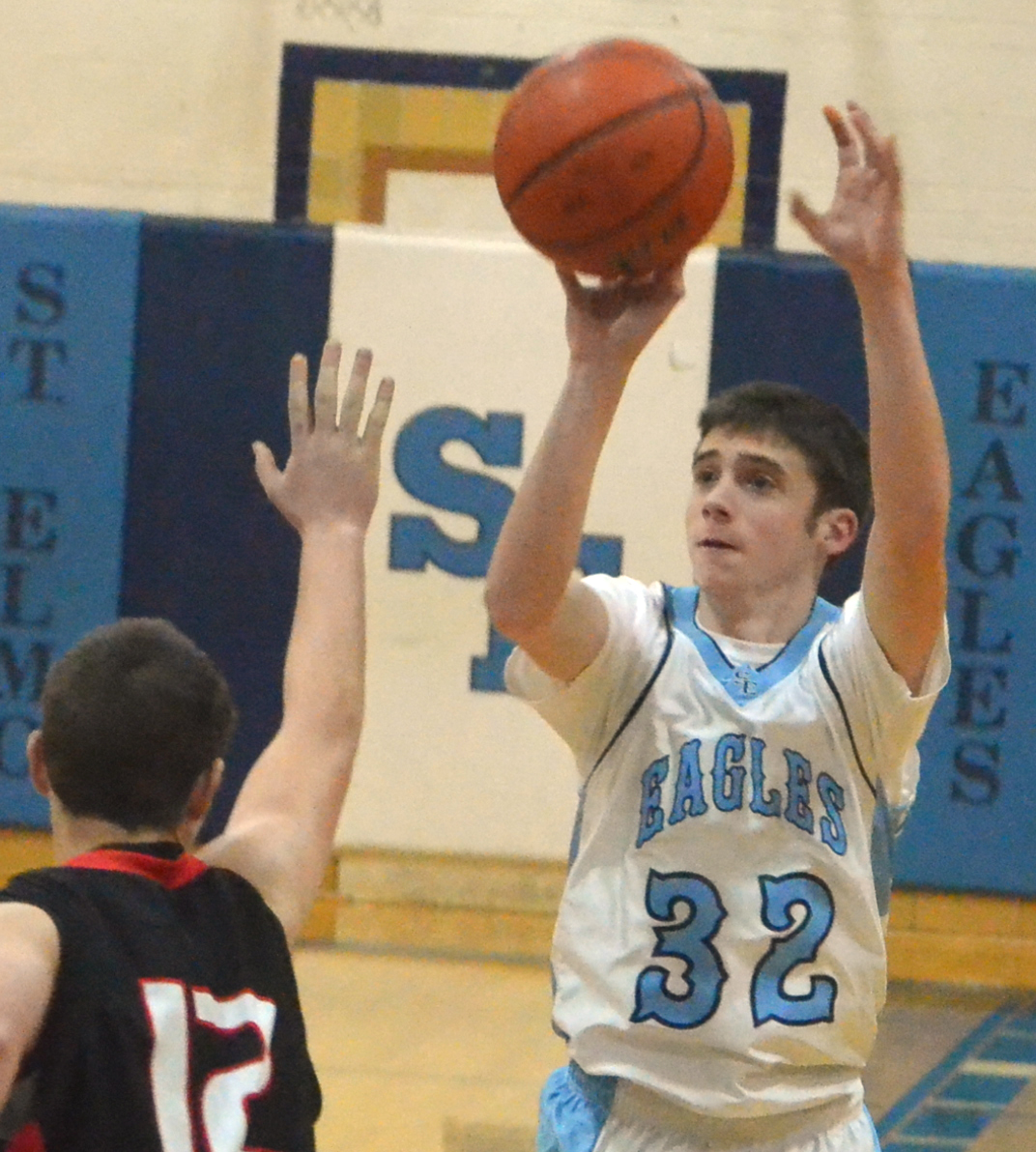 St. Elmo senior Ben Davis makes a game-changing 3-pointer at the end of the third quarter last Thursday in the championship semifinals of the St. Elmo Holiday Tournament.