ST. ELMO – Brownstown’s offense was slowed down for the first time all season in the fifth-place game of the St. Elmo Holiday Tournament.

The Bombers had scored at least 59 points in each of the first nine games, but Cowden-Herrick forced them into some foul trouble and then their shots stopped dropping in Saturday’s 59-38 loss.

“Give Cowden a lot of credit, because they are long inside and have athletic guards,” said Bombers coach Vince Rohr. “We missed a lot of shots, and when you combine those things, it takes points off of the board.”

Senior Austin Hunter spent a lot of time on the bench as he picked up several early fouls, but he still was a factor in the game, grabbing 12 rebounds, giving him better than 40 for the event.

“He has put it on himself that for us to be successful, he has to get those rebounds,” Rohr said. “Every night, he has been putting up double-digits on rebounds.”

The Bombers (6-4) continued to be led in scoring by senior Matt Sefton, though his 15 points were his lowest output the season. He still is averaging 21.6 points per game on the season.

Junior Jacob Behrends added 14 points, and made two 3-pointers to move his season total to an area-best 19 in Brownstown’s final appearance in the SEHT.

The Bombers will co-op at St. Elmo in boys basketball next season.

Sefton scored the first seven points for the Bombers, drilling a 3-pointer on the first possession of the game, hitting a fast-break layup after a steal and securing a jumper to give Brownstown a 7-2 lead.

A poor second quarter changed things, however, as the Bombers went cold from the field to score just five points as Cowden-Herrick took a 25-21 lead.

That trend continued in the third period, when the Hornets would outscore Brownstown, 18-9 and take a 43-30 lead.

“When we drive into the paint, we need to kick it out sooner,” Rohr said. “We want to play fast and drive, but we have to do a better job of finding the open man.” 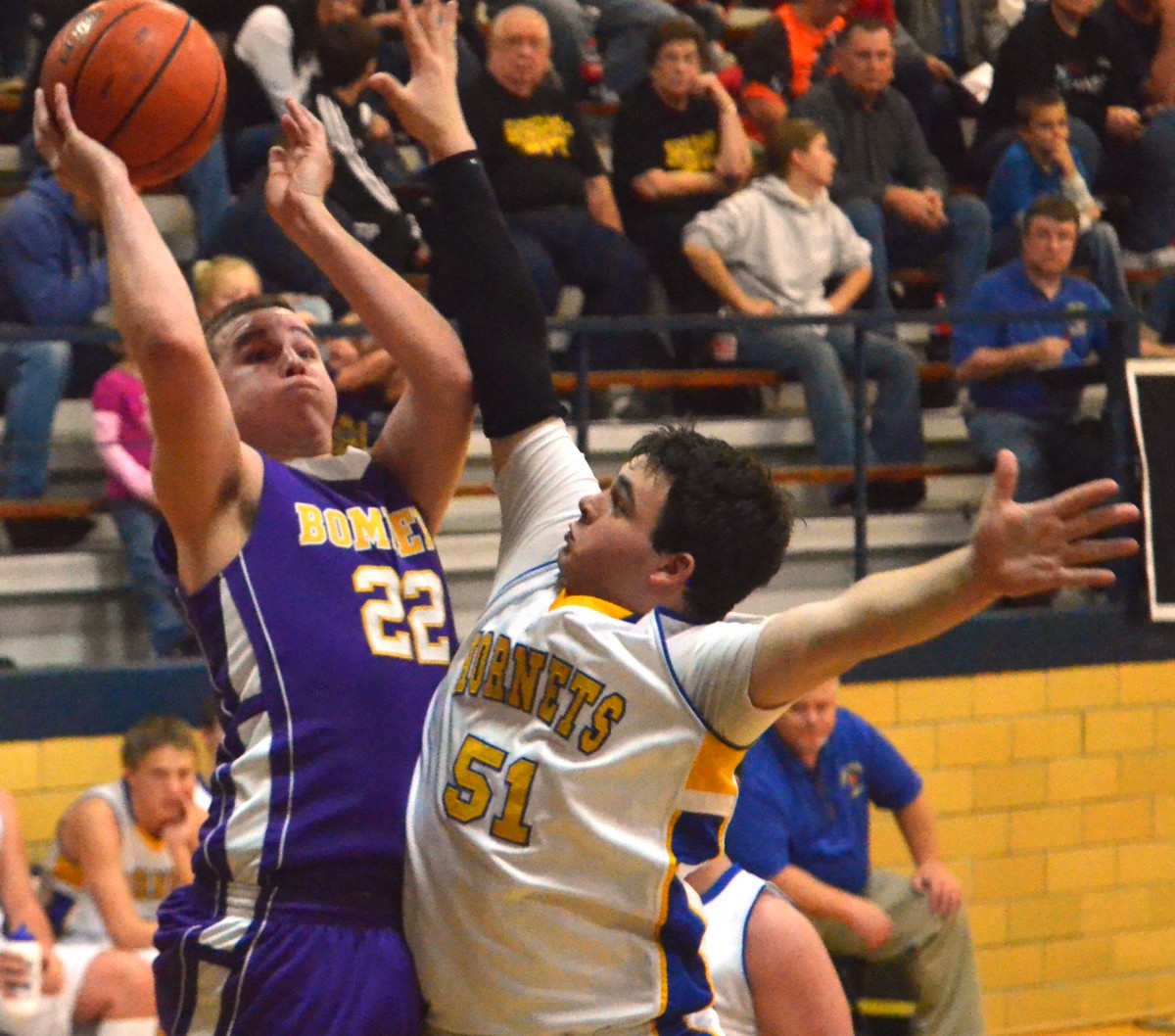