The seventh-grade boys basketball team got the rematch it wanted in the championship game of the Vandalia Tournament on Saturday.

Unfortunately for the Jr. Vandals, the result was the same.

Greenville posted a 47-43 win in that game to beat Vandalia for the second time in five days. Last Tuesday, the Blue Jays won, 47-38.

The Jr. Vandals fell behind 25-9 after the first quarter, but stormed back with 22 points in the second period to close Greenville’s lead to just a point.

The second half was back-and-forth leading to the Blue Jays’ win.

Marcus Zimmerman had 18 points for Vandalia, and Ethan Bayles had his best game of the season, with eight points and 12 rebounds.

Taylor had 16 points and three rebounds to pace Vandalia, which led 31-11 at halftime.

Bench players got an extended look in the second half. 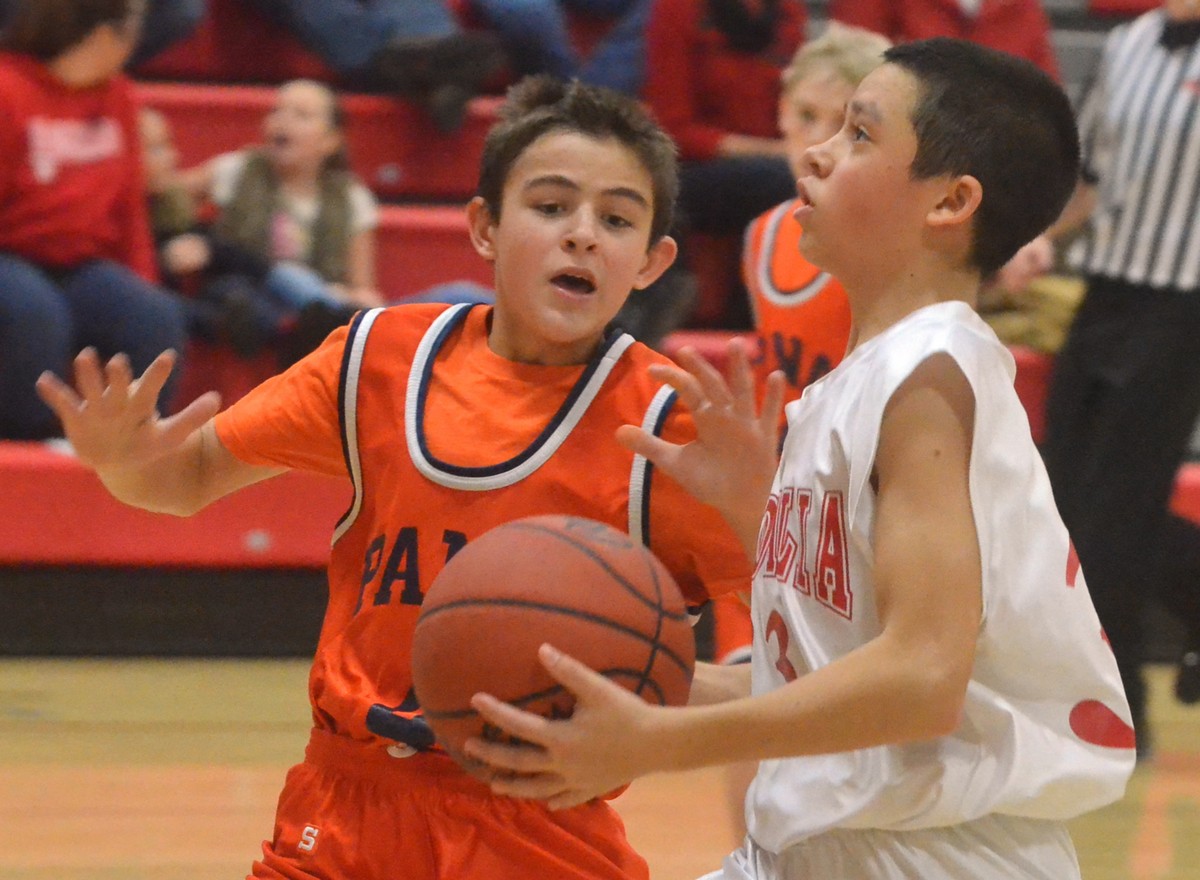 Vandalia seventh-grader Nic Wollerman (right) drives to the basket against a Pana defender during the seventh-grade tournament on Saturday.