ST. ELMO – When it comes to playing basketball, there are a lot of similarities in the styles of Fischer Tharp and Connor Beasley.

So it’s no wonder that the South Central and St. Elmo seniors each scored their 1,000th career point in the same game on Tuesday, a 45-31 Eagles victory.

“It was good to get it out of the way early, and it was fun doing it with my friend, Connor,” Tharp said. “It’s really cool. I’m really happy for him.

“I don’t know how many other friends get to do this.”

Tharp needed just four points in the game, and scored his 1,000th point with 4:20 left in the first quarter on a driving layup.

Beasley needed 12 points to reach the milestone for St. Elmo, and when he finally reached the mark with 2:08 left in the game, his shot wasn’t nearly as easy as Tharp’s.

His layup came on a third-chance shot, and he was fouled on the shot by none other than Tharp.

Tharp and Beasley spend a lot of time together away from the court despite living in different towns, striving to hang out with each other on weekends and holiday breaks whenever it’s possible.

That friendship has bred a respectful competition between the two, and both coaches said that the healthy competition is beneficial every time the two teams meet.

“He’s impossible to guard,” said St. Elmo coach Greg Feezel of Tharp. “I have tried to game plan him for four years, and we finally found one thing tonight to slow him down, but every single time we got up on him on defense, around us he would go.”

Tharp finished with a team-high 14 points, while Beasley had a game-high 15 points and 11 rebounds.

“How can you say anything bad about him?” said South Central coach Rick Simmons of Beasley. “He’s a very complete player.

“We really enjoying competing against him.”

That competition between the two has been ongoing for years, as both have been playing at the varsity level since their freshman season.

And they even had some memorable battles at the junior high level.

“In eighth-grade when he was at St. Peter, we were thrilled to hold him to 36 points,” Beasley said. “We won by two on my buzzer-beating layup.”

Those battles tend to end with about the same number of wins for each player, and that makes sense, because they are similar in height and playing style.

At 6-foot-3, Tharp is not a prototypical post player, but he maneuvers his body in such a way that his play suggests that he should be closer to 6-foot-5 or 6-foot-6.

“He just goes hard. You never see him take any breaks,” Simmons said of his leading scorer and assists leader. “He is very knowledgeable about how to get open and does a great job in the post, given his size.”

Beasley has been St. Elmo’s leading scorer for most of his career, but in the past, he was surrounded by a cast of stars.

There is still some talent around him, but as the premier senior player, he understands that he probably isn’t going to be able to score in double digits on some nights when the opposing defense is out to stop him.

“He listens to his coaches, and knows what his role is,” Feezel said. “He accepts that there are nights when he needs to score a lot and nights where he needs to find the open guy.” 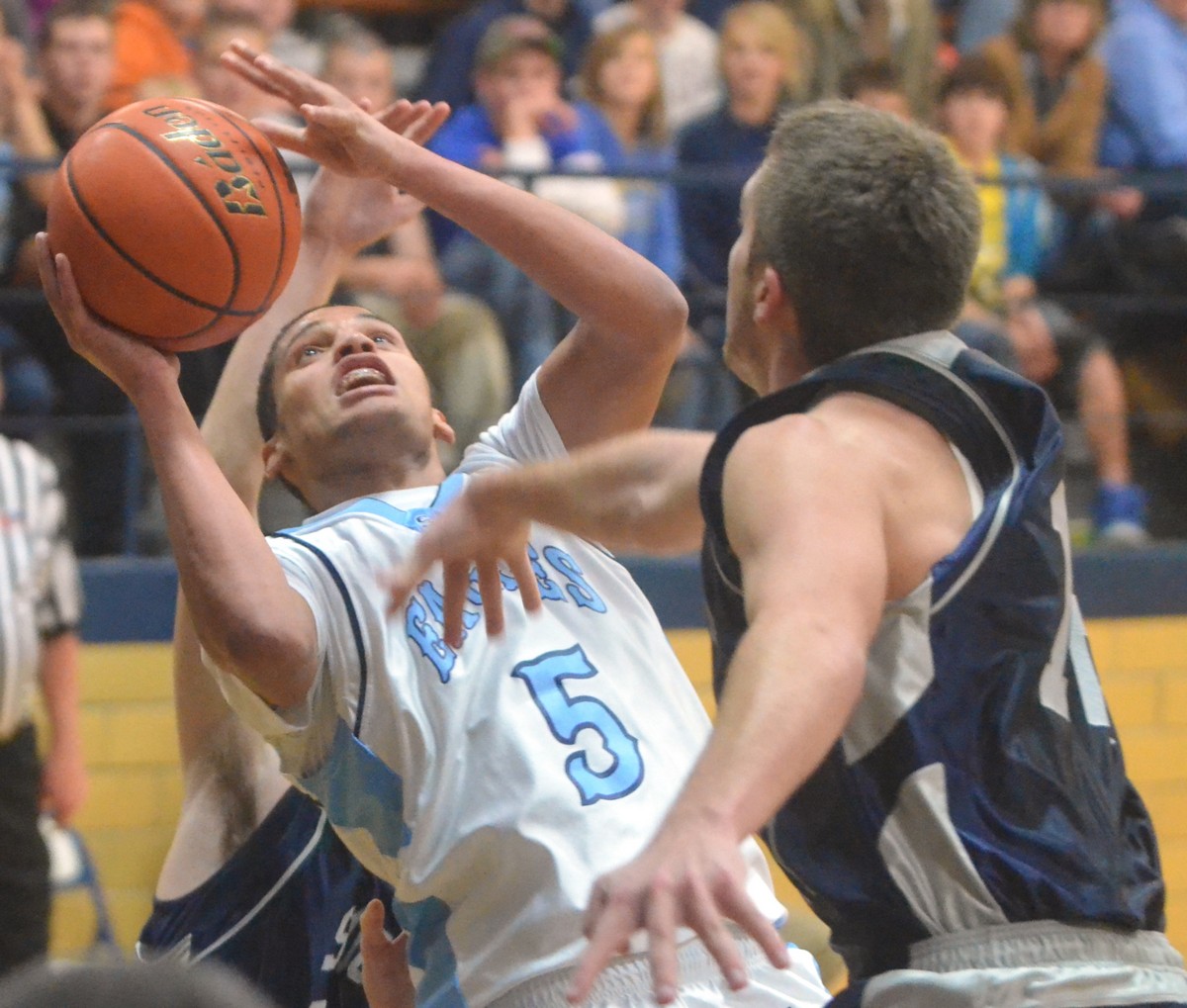 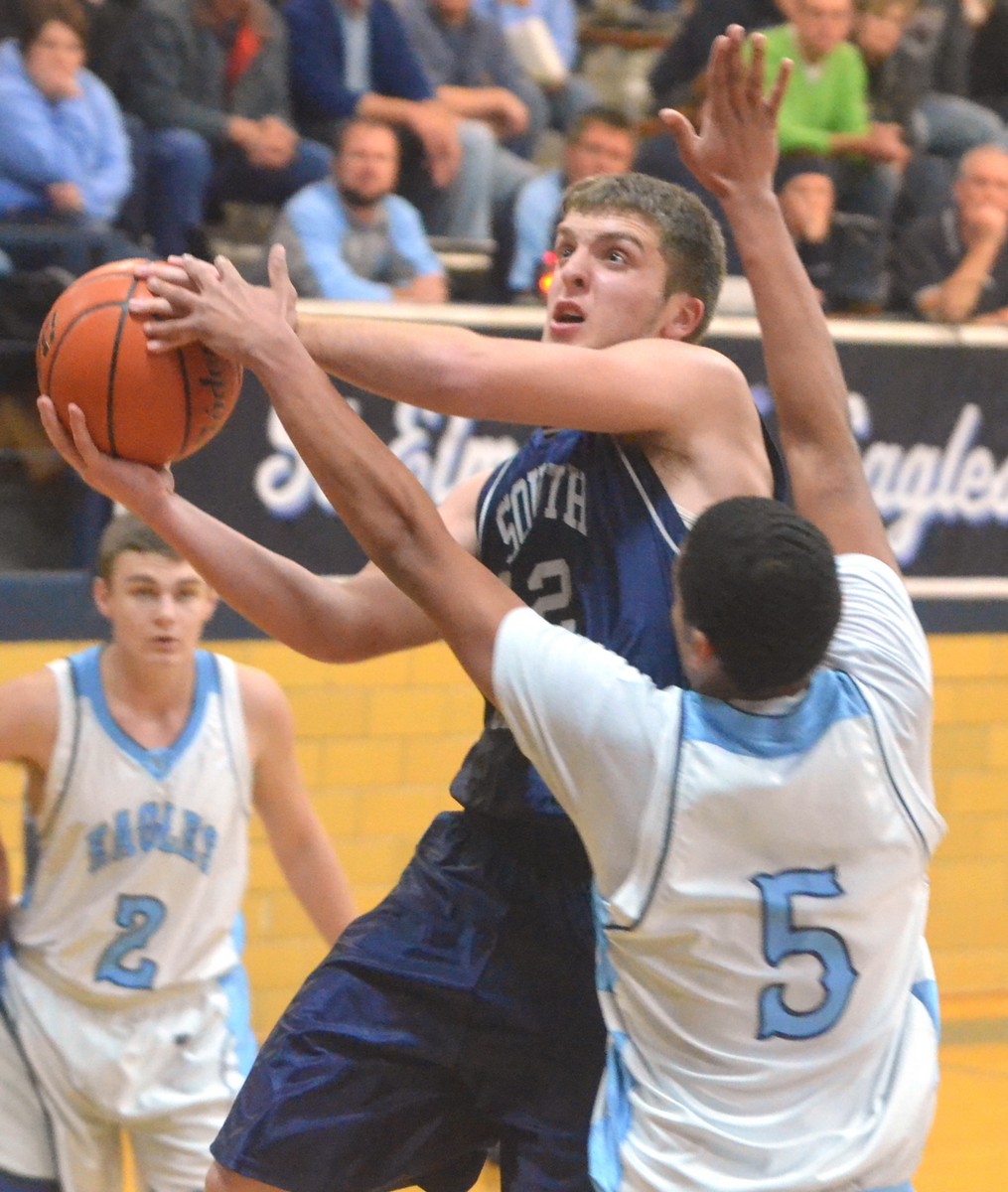