“At first, I thought I hated them,” said senior RaeChelle Leiken of her teammates. “They were funny from the get-go – that’s not a lie – but it’s funnier to just say that I hated them.”

Leiken wasn’t sure what to think of the unique personality that engulfs Vandalia’s volleyball team when she moved here from Oregon the summer before her junior year.

Little did she know, her own fun-loving personality was actually the same, and every day since her second time at practice has been a lot more enjoyable.

“The first day she came here, she went home and posted on Facebook about how she didn’t like us,” said coach Allison Brown. “She came back the next day, and said, ‘Coach, You guys were so rude to me.’

Leiken soon came to understand the type of team that she had joined, and the laughs have continued all the way through her senior year, when she became arguably the most decorated athlete in the area.

A unanimous all-conference volleyball selection, Leiken led the Lady Vandals with 245 kills, and as the volleyball season started coming to a close, she doubled up on sports, winning the conference golf title and advancing to the state golf tournament, where she finished 21st on a rain-soaked Saturday.

She hopes to continue her golf career in college while studying business and marketing – ideally at Oregon State or Coastal Carolina. But she also has an offer from Chicago State and could get on any junior college team in the area.

The daughter of a PGA Tour pro, Leiken said that even though she knows her volleyball skills are at a level high enough to earn a college scholarship, golf will always be her first athletic love.

“I’ve been playing golf a lot longer than volleyball, so I can’t imagine not playing it anymore,” she said, adding that she has played the sport since she was a little girl.

So it’s a good thing that she realized that the Lady Vandals could handle another sarcastic jokester on the volleyball court instead of walking away from the gym.

And that her physical abilities would be appreciated, too.

“She’s not only a great kid, she’s a tremendous athlete,” Brown said. “For her to be able to play golf and volleyball at the high level she does, that says something about her as an athlete.”

Leiken set her season-high for kills with 13 on Sept. 13 at Southwestern, and 10 times she had at least 10 kills in a match, including in back-to-back matches three times.

She added 41 aces to help the Lady Vandals win conference and regional championships, along with tournament championships at Altamont and Vandalia, before falling to Pana in three sets in the sectional semifinals.

“We made the list at the start of the season and achieved every goal, so I wish we would have put sectional championship at the bottom of the list since it worked that way,” Leiken said. “We did everything we wanted, and how many teams can really say that?

“It’s awesome to be a part of a team that cares about accomplishing those things together.”

When the dream season ended with a 17-25, 25-23, 19-25 loss at the Cumberland Sectional, it was Leiken who showed the most emotion out of any of the players, clutching her parents and close friends as soon as she came out of the locker room.

And when she finally embraced Brown, the reversal of her first impression came full circle, as she fought back tears to make sure her coach could hear one last thing. 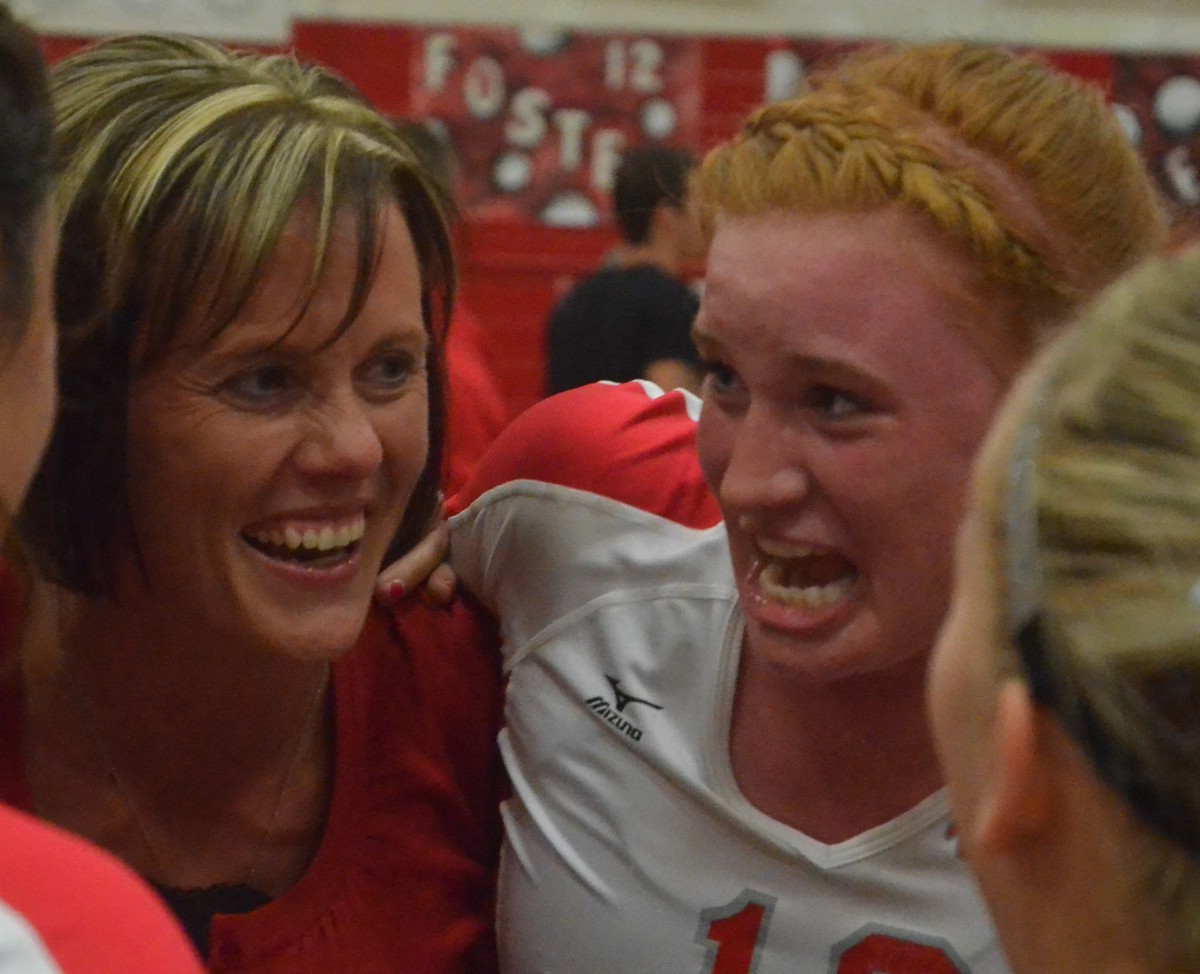