LITCHFIELD – Junior Morgan Cripe did not play due to illness, and a reshuffled rotation did what it could in the post in the Lady Vandals’ season-opener on Monday.

But Nokomis' sophomore  center Ashley Schneider scored 30 points against the undersized Lady Vandals, and Vandalia committed 25 turnovers in a 65-47 loss at the Litchfield Thanksgiving Tournament.

“We came out at the beginning, and I thought we were going to get it going,” said coach Michelle McNary of her team’s early 12-6 lead. “But then the defense got lazy, and they got too many easy shots.”

Senior Amber Bruno put in 28 points for Vandalia (0-1) to counteract Schneider’s contributions, but only five other players would score, with junior Megan Godoyo’s eight being the next-highest total.

Six other players scored for Nokomis (2-1), but each of them had at least three points, while three of Vandalia’s scorers had just two.

A combination of seniors Morgan Whightsil and Abby Dugan, junior Kaitlyn Kershaw, and freshman Karlie Bright all took turns at stopping Schneider, who scored her 30th point during a three-point play with 5:42 left in the game.

“She’s a nice player, averaging 18 points a game anyway, but we did not have a strong post presence tonight,” McNary said. “I said before the season that Morgan (Cripe) will be a key to us winning, and that showed tonight.”

Bright had a strong debut for the Lady Vandals, tying for the team lead with five rebounds and two assists, while also recording two steals.

She and fellow freshman Makayla Tinker both started for Vandalia, and Tinker also made the most of her opportunity, grabbing five rebounds and a team-high three steals to go along with two points, which came on a pair of second-quarter free throws.

Freshman Madelyn Hosick saw 17 minutes off of the bench, grabbing a rebound and assisting on one field goal.

“The freshmen came in and did a great job,” McNary said. “If anything, they need to look to shoot more.”

The game started in Vandalia’s favor, with Bruno scoring 11 of Vandalia’s first 12 points that led to a 12-6 lead about four minutes into the game.

It looked like the Lady Vandals were going to take a 5-2 run into halftime after Godoyo hit junior Brandy Protz for a jumper with less than a minute remaining, but after committing a turnover with 16 seconds left, one Nokomis player was eventually lost on defense.

And her 3-pointer with two seconds remaining gave the halftime momentum right back to the Lady Indians.

“Maybe I was expecting too much by switching defenses, but I think we are talented enough to do that if they focus and pay attention,” McNary said. “We didn’t get out on that shooter and gave up that 3-pointer at the buzzer.”

Nokomis outscored Vandalia by 10 in the third period, and after the Lady Vandals got down by 31 with 5:42 left in the game, a running clock was implemented for the rest of the game.

That didn’t stop Vandalia from finishing the game on a 13-0 run, however, and McNary hopes that that momentum will carry over throughout the rest of the tournament, which continued on Tuesday and concludes Friday against Litchfield at 7:45 p.m. and Saturday against Carlinville at 6 p.m. 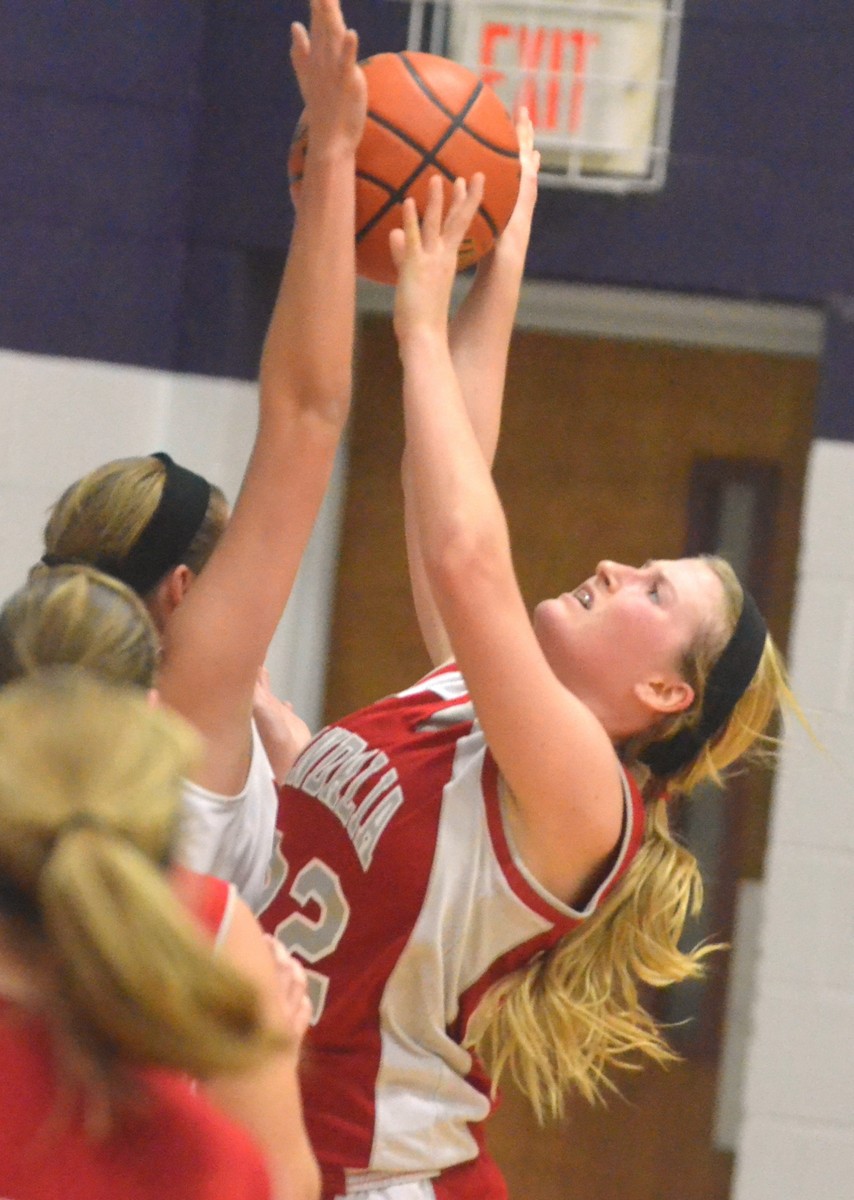 Vandalia senior Amber Bruno was fouled on this play, but she still found the basket enough to score 28 points in a season-opening loss to Nokomis on Monday at the Litchfield Tournament. 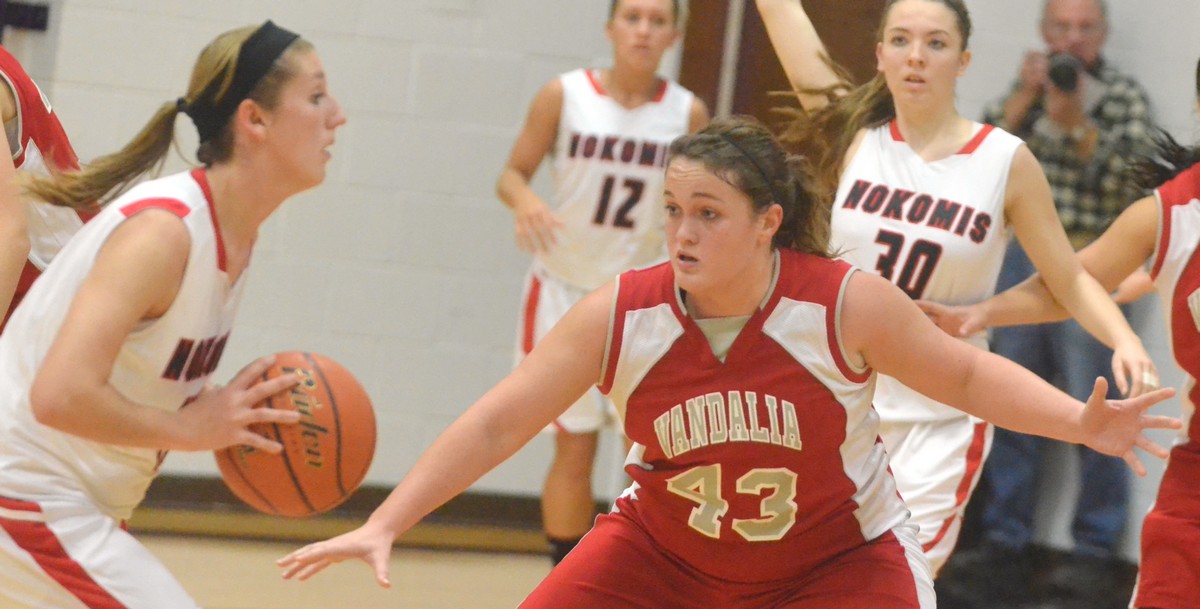