Karen Willms of Vandalia and Steve Storm of Brownstown were united in marriage in an 11 a.m. ceremony on July 4, 2012, at First Baptist Church in Brownstown, with the Rev. Jim Dann officiating.

The bride, the daughter of Richard and Joyce Chaplin of Taylor, Mo., was given in marriage by her son, James Schaible.
She wore a beaded, spaghetti-strapped ivory gown by Maggie Sottero. Her bouquet included white hydrangeas and white roses.
The bride’s matron of honor was her daughter, Gretchen Smith of Charleston. Bridesmaids were Lisa Rebbe and Bonnie Shelton, both friends of the bride and both of Brownstown.
The matron of honor and bridesmaids wore black chiffon knee-length dresses.
The groom, the son of the late Leon and Zelma Storm, chose Tucker Willms, son of the bride, as his best man.
Groomsmen were Rick Cox of Vandalia and Brent Keyes of Brownstown, both friends of the groom. Ushers were Dennis Chaplin of Orange, Calif., brother of the bride; Leory Ganzer of Sorento, Randy Watson of St. Elmo and Jim Buzzard of Frankfort, brothers-in-law of the groom; and Kevin Storm of Vandalia, brother of the groom.
Eden Kapp and Ava Manhart, great-nieces of the groom, were flower girls, and Carter Manhart, great-nephew of the groom, was the ringbearer.
A reception of the church followed the wedding.
After a honeymoon in Galena and New Orleans, La., the couple is living in Vandalia.
The bride graduated from Long Beach Polytechnic High School.
The groom graduated from Brownstown High School and St. Louis Christian College.
Both are employed at Brownstown Lumber Co. in Brownstown. 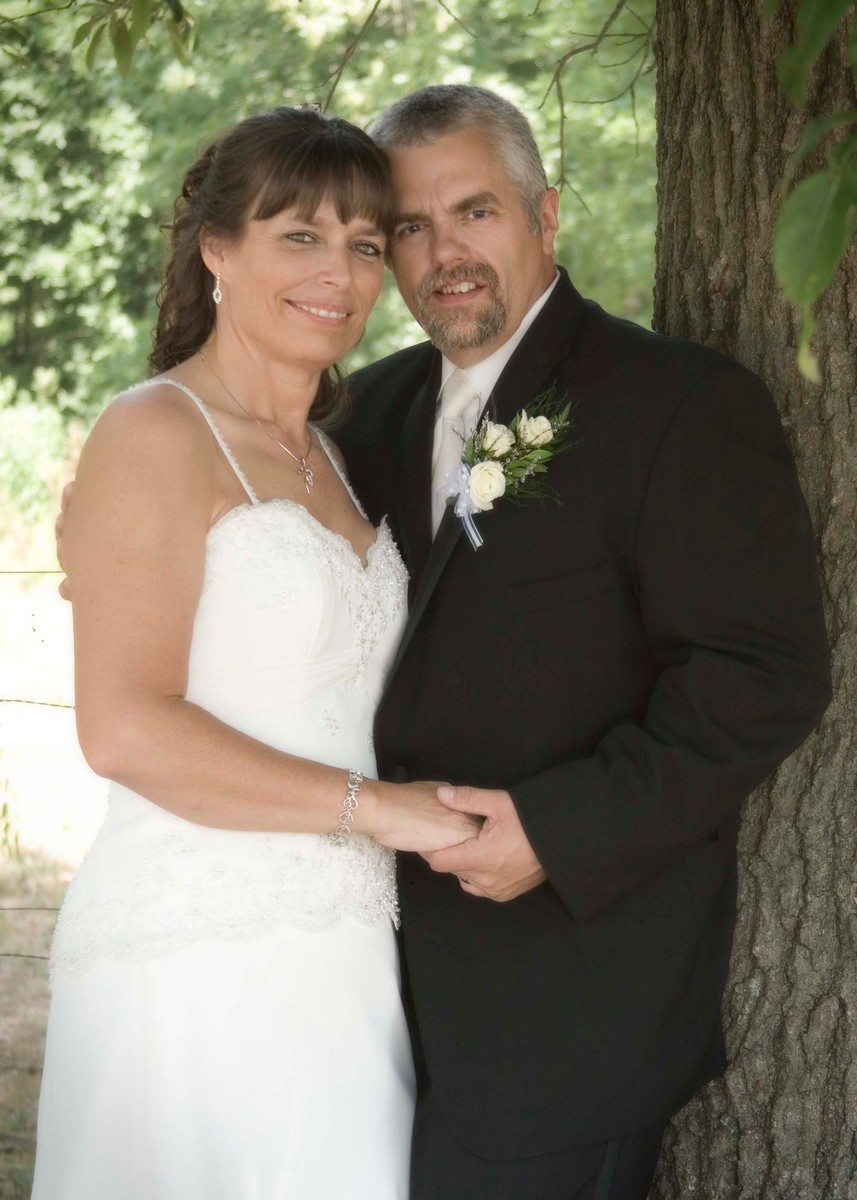