FARINA – Though South Central was upset in the semifinals of the regional tournament last Tuesday, a large senior class still should be proud of how they banded together to get another 20-win season.

The Lady Cougars finished the year at 23-11, and the eight-member senior class had a lot to do with that success. Coach Mary Brimberry said she will miss her fun-filled group.

She said Kallie Garrett was the team’s “mother figure,” Jaci Rothe and Kellie Crain kept the atmosphere lively, and Riley Williams also had a joke to tell.

So where did that leave Macie Cain, Natalie Chapman, Lexi Schafer and Taylor Keen?

“We let Macie, Natalie, Lexi and Taylor be the serious ones,” Brimberry said with a laugh.

But in all seriousness, the class had a true team-first mentality, as only four seniors regularly started, with junior Lincoln Brasel and sophomore Maria Brasel also holding starting spots.

“I think there were 12 of them as freshmen, so to hold onto eight is great,” Brimberry said. “A player sees so many seniors, and you ask yourself if you really want to sit on the bench.

“But these girls have shared the bench, played well together and shared the floor with the Brasels.”

No one player stands out above the rest, with Garrett, Crain, Rothe and Schafer being strong in the attack, Chapman and Keen being strong as setters, and Williams and Cain playing well defensively.

But that’s not to say that Garrett couldn’t put up a set, or that Schafer couldn’t make a timely dig, or that Chapman couldn’t step up and make a kill.

“We’re all really close, and can play several positions,” Rothe said. “We all trust each other, and depend on each other to play wherever we need to play.”

It’s difficult to point out one specific area that carried the Lady Cougars this season, but the team did have a strong attack game and a strong blocking game, as noted by several of the seniors.

Lincoln Brasel led the team in kills in the majority of matches, but Garrett had her fair share of times leading the team, too.

Chapman, who was one of three leading setters on the team, said that she enjoyed watching the hitters this season.

Crain, one of those hitters, said that even though the team lost college players Kinzie Neilson and Emily Atwood from last season, the Lady Cougars still were one of the better-hitting teams around.

“We have power hitters,” she said. “We did good all season, even though people under-estimated us after we lost two big hitters.”

And though this was the first time in many years that South Central had 10 losses, Brimberry said she is still proud of how the team played.

“Our win/loss record was different than usual, but we were the same caliber of team,” she said.

The Lady Cougars have a handful of players capable of playing at the next level, with Chapman having received interest from a couple of schools, and Garrett and Crain both interested in playing.

Editor's note: This article originally appeared in the Oct. 29 sample edition of The Leader-Union. 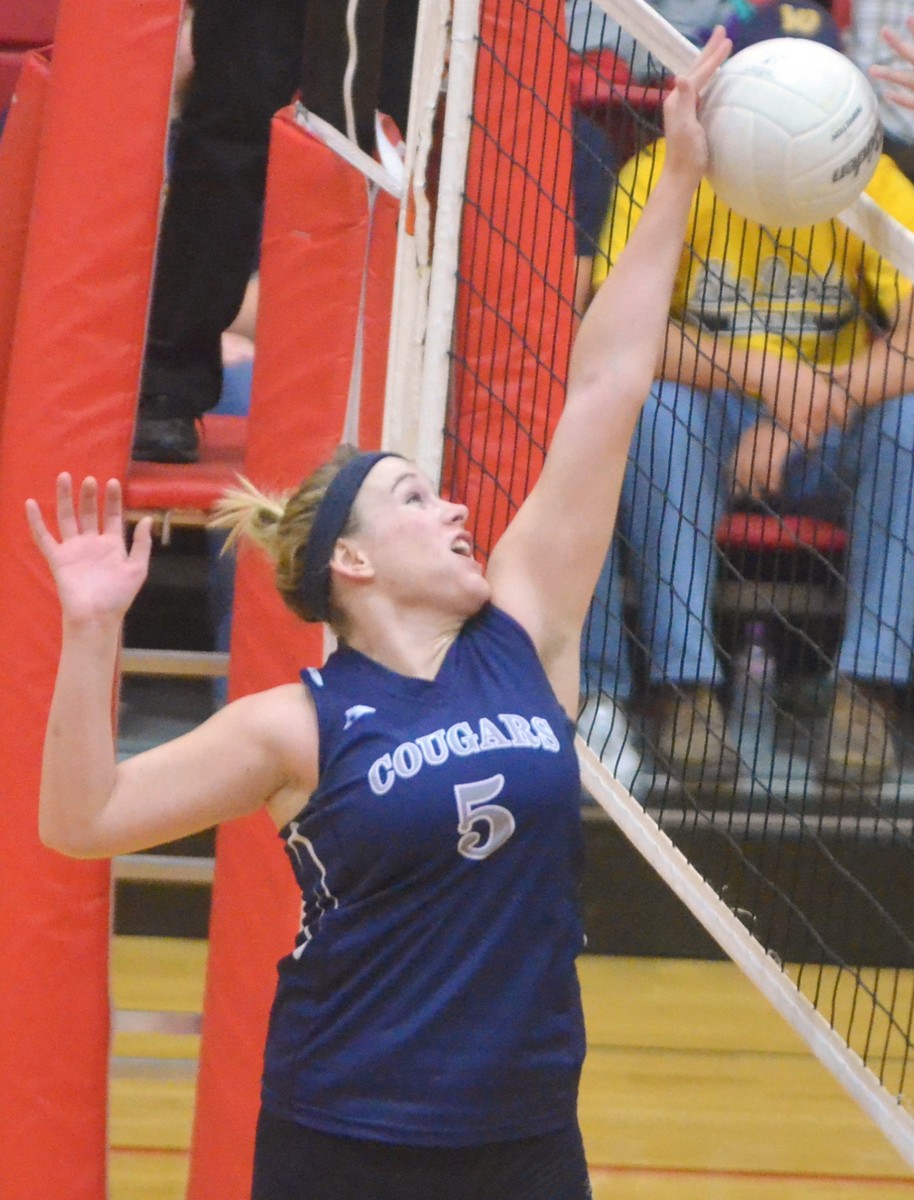 South Central senior Kellie Crain attacks the ball earlier in the season. She was one of eight seniors on South Central’s team this season.