The 19-25, 25-8, 25-22 victory was St. Elmo’s 29th of the season and featured an astounding 19 kills from senior Savannah Feezel and some of the best serving of senior Heather Seibert’s career.

That, combined with the rest of the efforts from the other five players who played, left coach Elise Asher at a loss for words.

“This is just,” Asher paused while taking a long look at the sectional plaque, “very special.”

Feezel and Seibert are part of a large senior class which also includes Megan Maxey, Katie Stites, Perry Manley and Whitney Lowe, and for them to win the sectional championship meant achieving a goal that’s been in the backs of their minds for many years.

“Knowing that no volleyball team in St. Elmo has done this is awesome,” Manley said. “We set the goal of getting a banner, and now we have one.”

That banner will hang beside the school’s three other regional-championship winning teams, which came in 2003, 2008 and 2010.

But getting to the point where that banner will read “sectional champions” was quite the task.

Back-to-back kills from Feezel and Maxey opened the match, but Lebanon would slowly build a lead – although the Lady Eagles would hold several ties – until the Lady Greyhounds were ahead 14-9.

A kill from Seibert and four straight Lebanon errors tied the set at 14, but the Lady Greyhounds would hold an 11-5 advantage the rest of the way to take the first set.

“They were so scrappy,” Asher said of the opposition. “They did a good job of setting the block all along the net.

“We would have a nice hit, and all of a sudden, it’s coming back at us.”

The Lady Eagles wasted no time taking control in the second set, however, opening up an 8-2 lead on the strength of six kills and a block.

After Lebanon blocked a St. Elmo attack, Feezel came up with another kill to give the serve to Seibert.

“We changed sides of the net, took a breath and went one point at a time,” Asher said. “We didn’t change the lineup, or tell them anything different.”

The team’s leading server promptly took that advice and put the set out of reach for Lebanon, serving 11 times in a row to help St. Elmo to an 18-3 lead.

Coming into the game, she was serving at 95 percent and led the team in aces.

“If it wasn’t for her serves, it would have been a different ballgame,” Manley said.

Lebanon did make a small comeback to later move the score to 21-7, but two kills from Manley, a block from Maxey and Stites, and a tip kill from Stites forced a deciding third set.

And it didn’t disappoint.

Lebanon opened up an early 9-4 lead, but then committed a string of errors to allow St. Elmo to catch up to 8-9.

But the Lady Eagles soon returned the favor, with four straight attack errors that put them behind 10-16 and into a timeout.

“The message was to fight for every point, and not to watch the scoreboard,” Asher said. “I told them not to worry, and that’s what they did.”

Manley and Feezel sandwiched a block between two Feezel kills to help get Seibert back to the service line, and she put together a run of seven straight points to give St. Elmo an 18-17 lead.

“Right now, I am still exhaling, because it was pretty nerve-racking for a while there,” Asher said after the game.

The Lady Eagles would not trail again in the match, with Stites recording three kills in five points to put away Lebanon.

“Katie came up huge at the net,” Asher said. “She had time on the bench to recollect, and came up with those huge kills.”

A large contingent of St. Elmo fans made the trip west to Lebanon and exploded with excitement after the game ended.

“It’s overwhelming right now,” Feezel said. “I’m not even sure what to say. I’m so glad that we pulled it off.
“I’m excited to win, and I love my team so much,” she said. 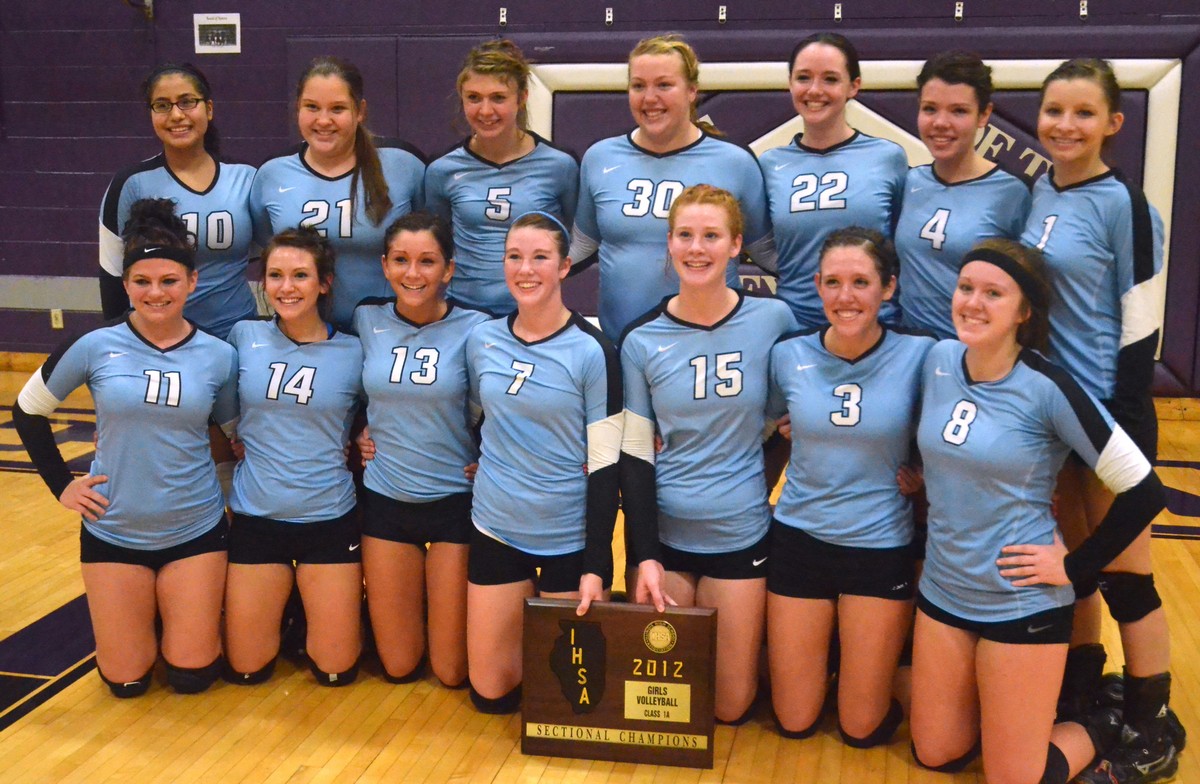 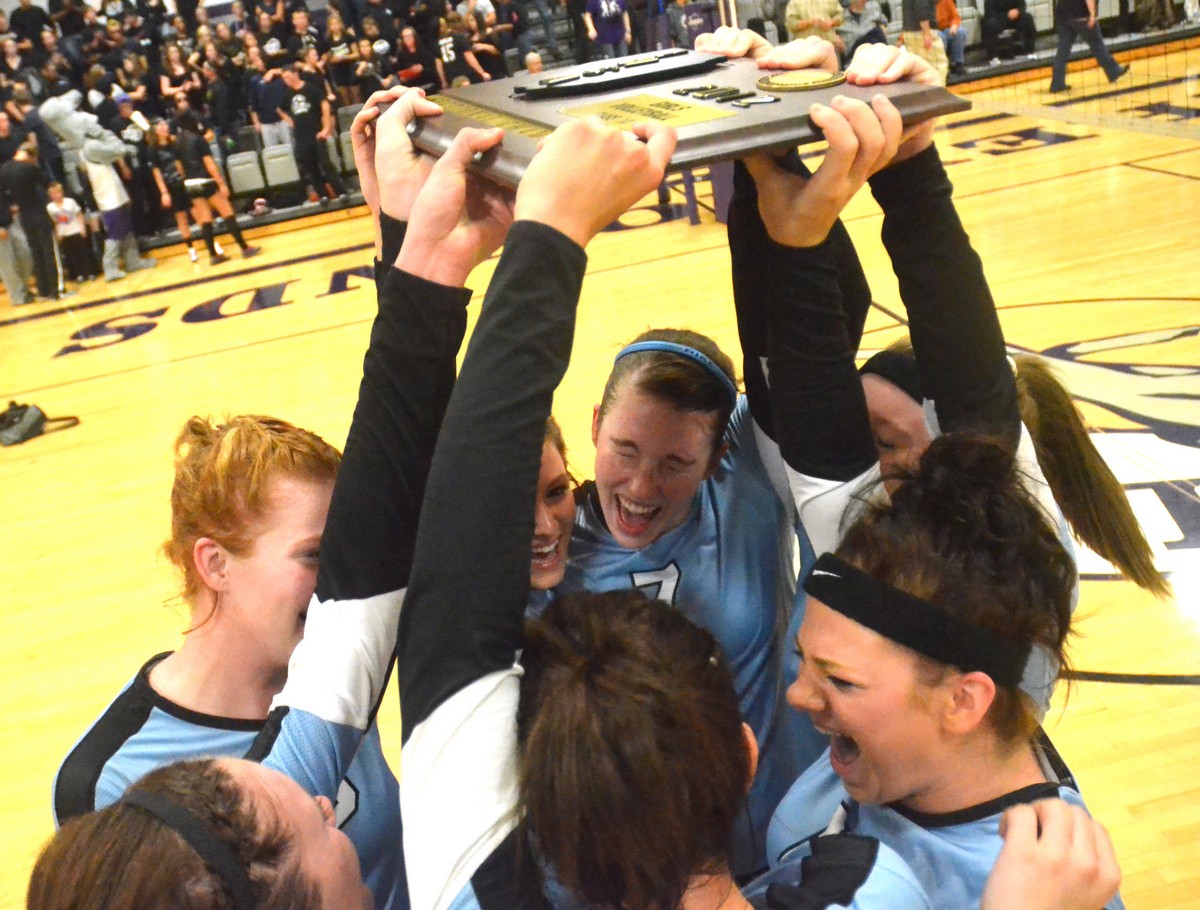