Despite having no formal practices or coach, Vandalia sophomore Ben Strobel said it has not been difficult to train for cross county every day.

His dedication paid off on Saturday when he qualified for state after placing sixth at the Metro-East Lutheran Sectional meet at Southern Illinois University-Edwardsville.

“I’ve been really determined after not making state in track last year,” Strobel said. “Coach (Jane) Bell was hoping I would make sectionals, but I wanted to get to state.”

Strobel finished the 3.1-mile race in 17:12, and said he hopes to drop that time to 16:30 at state, which will be held on Saturday at Detweiller Park in Peoria.

“It’s going to be a lot of people,” Strobel said.

The pace of the sectional was fast at the start, and Strobel was mired in about 12th place after the first mile.

He slowly began to move up, however, pacing himself with William McLemore from East Alton-Wood River, and sticking with him throughout the rest of the race.

The sectional champion was Freeburg’s Jacob Marler, who finished in 16:41.

The Vandals do not have an official cross country team, so Strobel has been training on his own every day this fall.

He said his determination to qualify for state has helped him commit daily training, including on weekends.

That training has paid off, as Strobel has performed well each of the past three weekends.

On Saturday. Oct. 13, Strobel placed fourth at the South Central Conference championships, with a time of 17:05 at Southwestern. 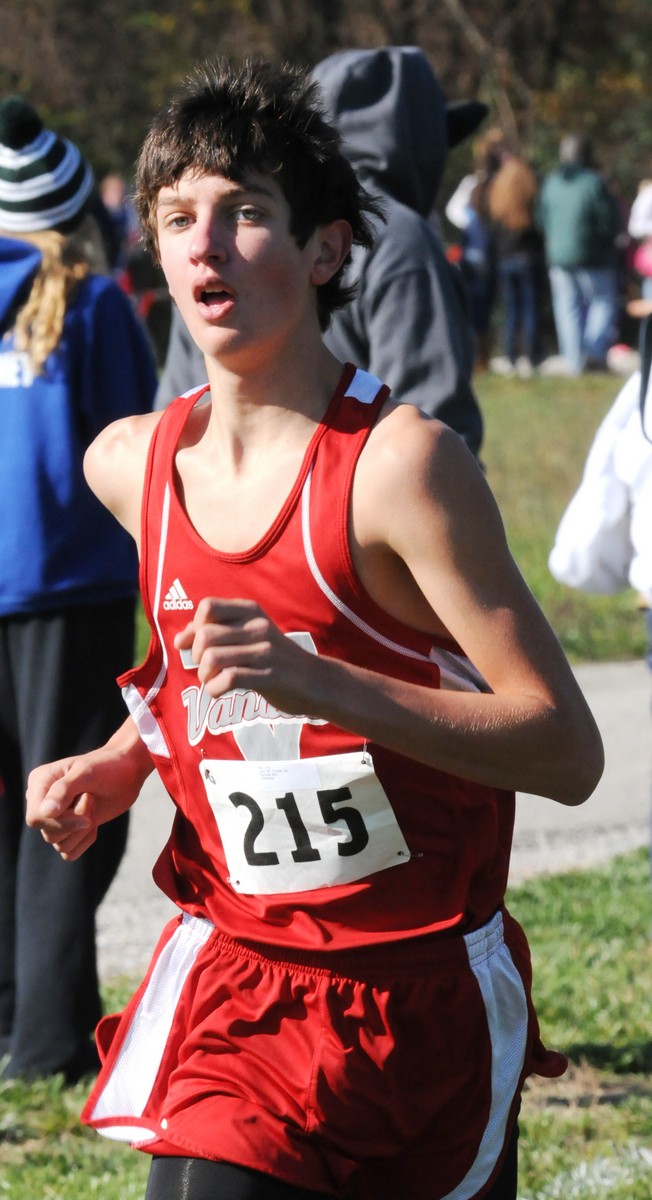 Vandalia sophomore Ben Strobel runs on Saturday during the Metro-East Lutheran Sectional cross country race in Edwardsville. He qualified for state by placing sixth in 17:12.