Both seasons, a large, closely-bonded senior class that had been playing together since junior high led the Lady Eagles into the sectional tournament.

Several of this season’s seniors got some playing time during the 2010 season, and playing against the 2010 class in practice that season has been beneficial to this season’s success.

“They helped us mature,” said Savannah Feezel, who got the most playing time among those in her class in 2010. “We looked up to them, and they taught us how a team needs to work together.”

In terms of physicality and personality, however, the teams are quite a bit different.

Maxey was the strongest hitter in the county that season, and Durbin was arguably one of the best front-row middle players in the county.

This season, the front row of Feezel, Katie Stites and Megan Maxey is more balanced, with each of them capable of leading the team in kills on any given night.

“The class in 2010 was physically stronger,” said coach Elise Asher. “Running Brooke on the outside and Megan through the middle, we had a different look.”

Put that aside and the team’s are quite similar, as five seniors make up the core and both won a regional championship as seniors.

Most importantly, however, are the lessons that the current seniors learned from that team which helped mold them into the championship-caliber players that they are today.

“Watching that group helped us appreciate better teams,” said Megan Maxey. “Watching them helped our experience, and playing against them, helped us improve when we were younger.”

The two squads battled each other regularly in practice, and all of this season’s seniors agreed that all of that practice time helped fine-tune their own games.

And while this season’s group did get to watch the team play in a sectional tournament in 2010, Asher said that that experience won’t necessarily make this season’s games any easier.

“Being there and being part of that helps know what to expect, but it’s different now because the pressure is more on them,” Asher said. “It’s just a whole different mental approach when you are the one doing the job.” 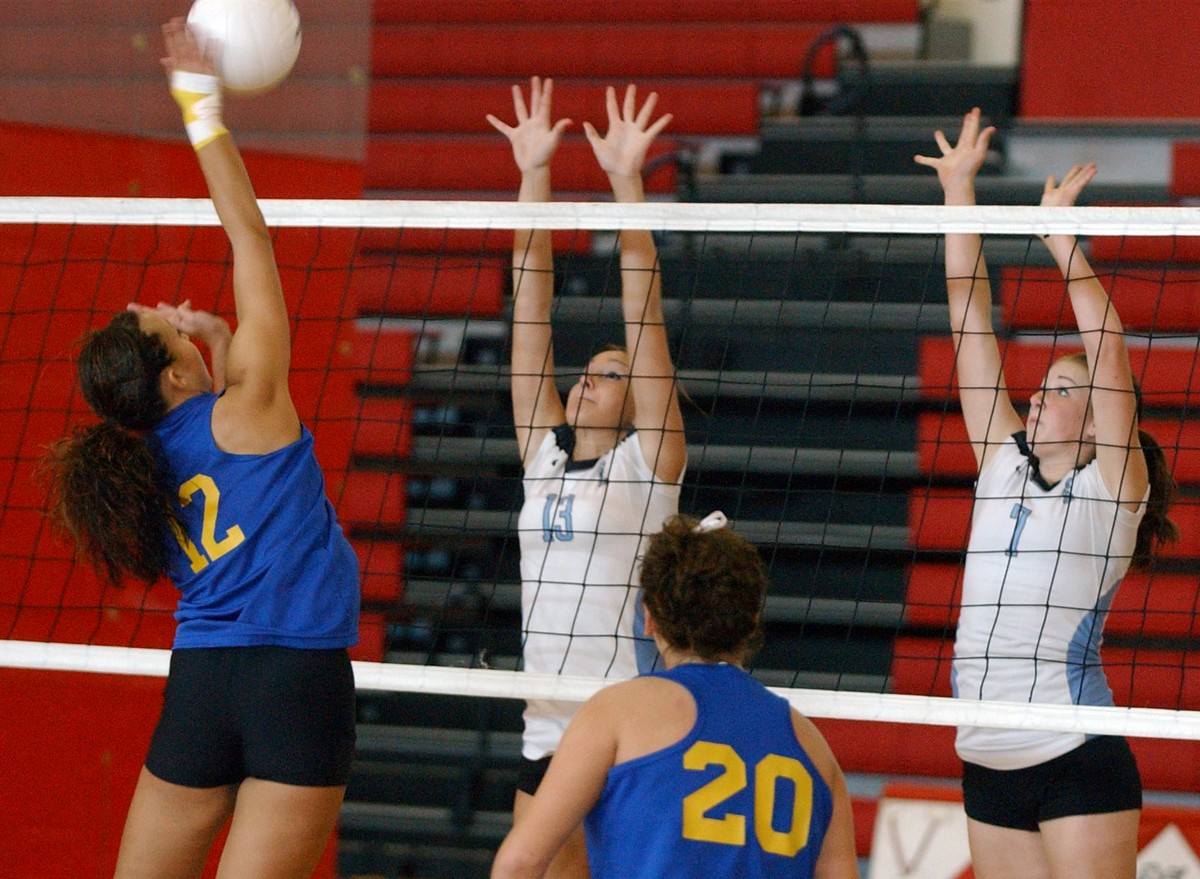 St. Elmo’s Perry Manley (13) and Savannah Feezel (7) prepare to block an attack as sophomores during the 2010 National Trail Conference Tournament.