The sophomores were already heavily decorated coming into the season, having back-to-back regional championships in junior high and just one loss as freshmen.

“That’s quite a streak,” said coach Jane Bell. “They love to play together, they’re smart and it’s fun to coach them.”

The class is led by attackers Kadi Metzger, Ally Sasse and Johanna Walton, while Madison Click, Jori Wagner, Mercedes Reynolds and Jessica Booker also saw lots of playing time, and many of them could be varsity starters next season.

Jessica Sullens is also a sophomore, but she was one of two varsity setters this season.

Bell said that because of how hard the class plays, it should have varsity success, but it may not come as easily as the past successes.

“The next level athletes are bigger and faster, so I am a little worried about their height,” she said. “But they can do a lot of things because they are determined.”

Dating back to when they were in the seventh-grade, the sophomores have lost just four games.

In practices this season, the JV team was sometimes able to force the varsity squad into tough scoring situations, which is why the JV girls are just as much a part of the varsity South Central Conference championship as the players who were on the court.

And the varsity group wouldn’t have it any other way, especially after the underclassmen performed a dance prior to senior night.

“I have to hand it to the seniors for creating a culture of accepting that we are a whole team,” Bell said. “It’s not varsity and JV, and tonight, you saw the JV girls’ act of love for them.” 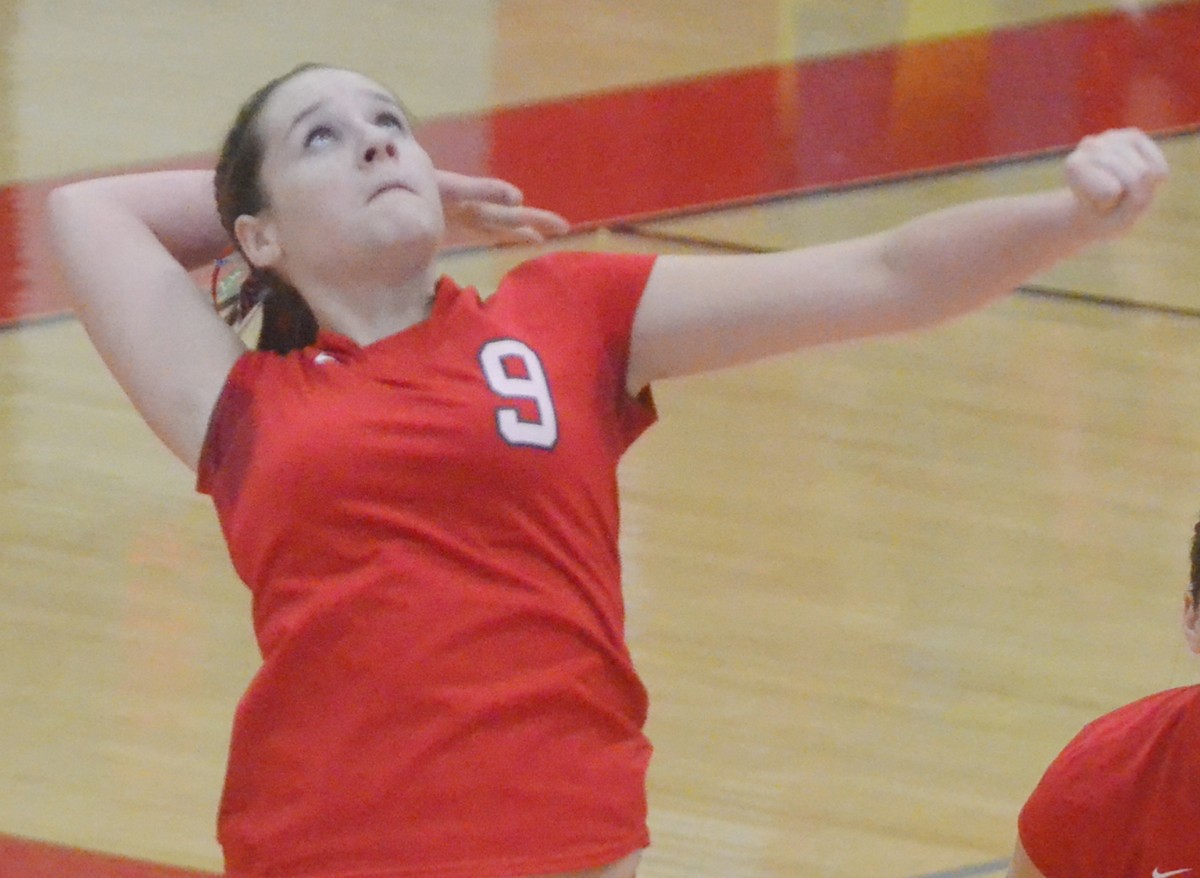 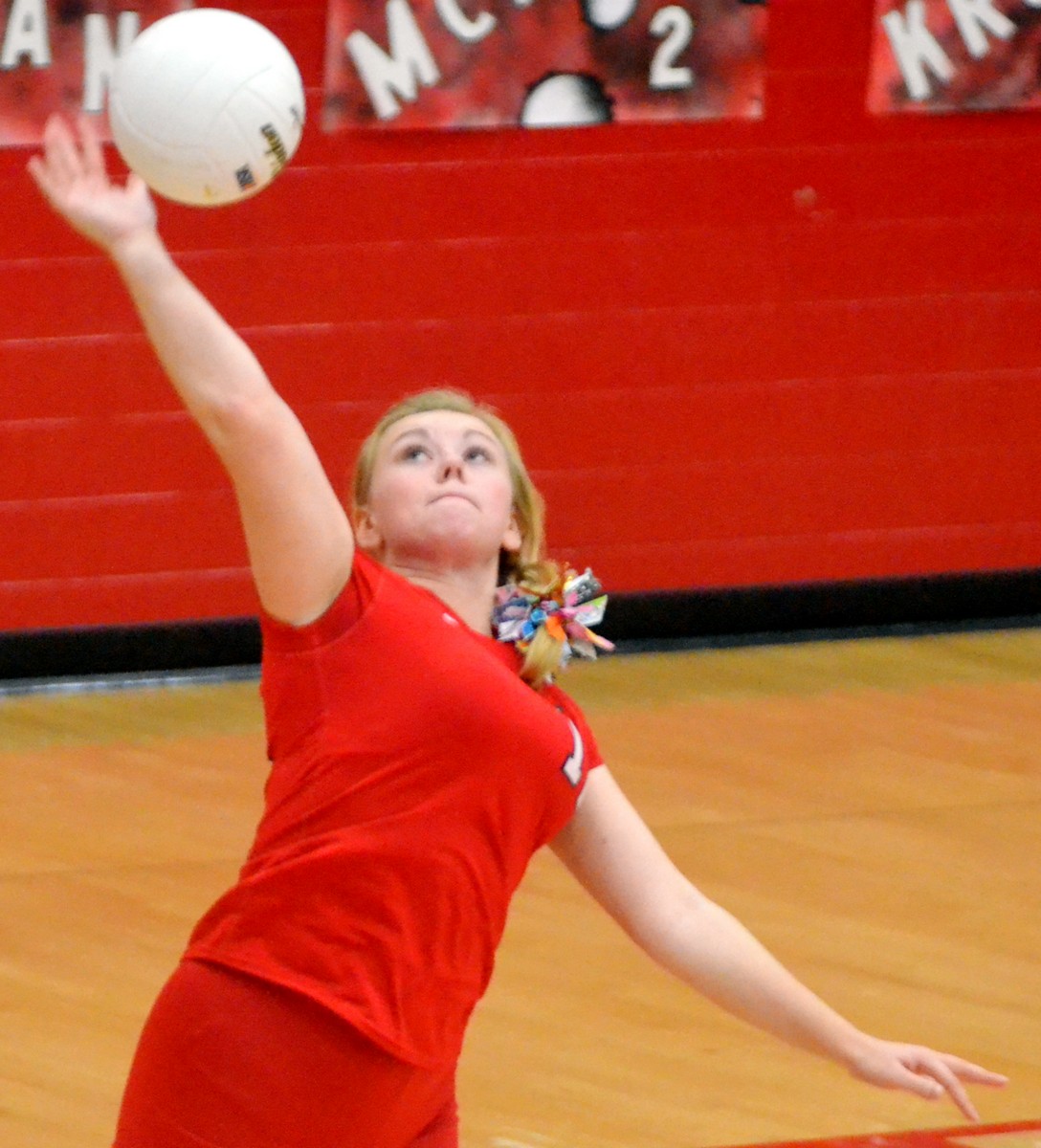 Madison Click sends a serve across the net during the victory.