Vandalia officials have learned that it will take longer than expected to begin replacing one of its oldest, and most deteriorated, bridges.

That project is also going to cost a little more than what was originally expected.
Scott Hunt of Hurst-Roche Engineers of Hillsboro met with the Vandalia City Council’s streets committee on Tuesday evening to explain the snag in the plans to replace the two bridges at Fifth and Randolph streets.
The plan, Hunt said, is to replace the two bridges with two side-by-side, 7-foot-by-14-foot box culverts.
Hunt told committee members B. John Clark (chairman) and Russ Stunkel that after the engineering firm submitted the project development report to the Illinois Department of Transportation, that report went to other agencies.
Also reviewing the document were the Illinois Department of Natural Resources, Illinois Historic Preservation Agency and U.S. Army Corps of Engineers.
The state agencies asked Hurst-Roche to submit photos of the project area, and it’s the review of the document and photos by the IHPA that is currently at issue.
Hunt told committee members – and Mayor Rick Gottman, and aldermen Neil Clark and Jerry Swarm – that the bridge on Fifth Street has been “deemed as eligible for the National Register of Historic Places.
“We had an inkling that this might happen,” he said.
Hunt said he’s not sure whether someone from IHPA actually visited the site or is basing its decision on photos submitted by the engineering firm.
Regardless, the city has the options of finding a state official who can lift that designation or move forward with completing a report that would argue for allowing it to move forward with the project.
Hunt said that in that report, the city is required to provide documentation on whether it can rehabilitate the bridge to its original appearance, as well as the cost of completing that work.
For a building of historical significance, he said, it might be worth looking into rehabilitating the structure.
“It’s just not feasible for a bridge,” Hunt said.
He told committee members that the city has a good case for demolishing the bridge as part of the project.
Hunt said that Hurst-Roche inspected seven bridges in the city and submitted its findings to IDOT.
“The reason we are replacing it is because they are saying that that bridge needs to be replaced in a timely fashion,” he said.
Hunt told the committee that it will take two to four weeks for him to complete the necessary report, which will be sent to the IHPA.
The main issue is the possible delay in the work because of the time it takes a state agency to review such a report.
Gottman told Hunt and committee members that he believes that the city should focus on getting the review completed as soon as possible.
Gottman said that he would like to handle deliver the report to an IHPA official and ask that official to move it through the process as soon as possible.
“I don’t know anything to get around (doing) the report,” Gottman said.
The city council will vote on having Hurst-Roche prepare the report for IHPA, with the cost of preparing that report not to exceed $15,000, Hunt said.
The bridge replacement project is being funded with federal grant that provides 80 percent of the total cost, with the city to chip in a 20-percent match.
The monies are scheduled to come out of the 2013 major bridge funds, and “the timeline to issue the contract is by June 30 of next year,” Hunt said.
With the possibility of the project being delayed by as much as 12-18 months, Stunkel asked if the bridge “can go another year and half.”
While the bridges on Fifth and Randolph streets were the worst of the seven inspected by Hurst-Roche, Hunt said, “There is no danger of collapse.”
If a bridge is in really bad shape, he said, IDOT will first put a weight restriction on it. Then, if its condition worsens, IDOT will close it off. 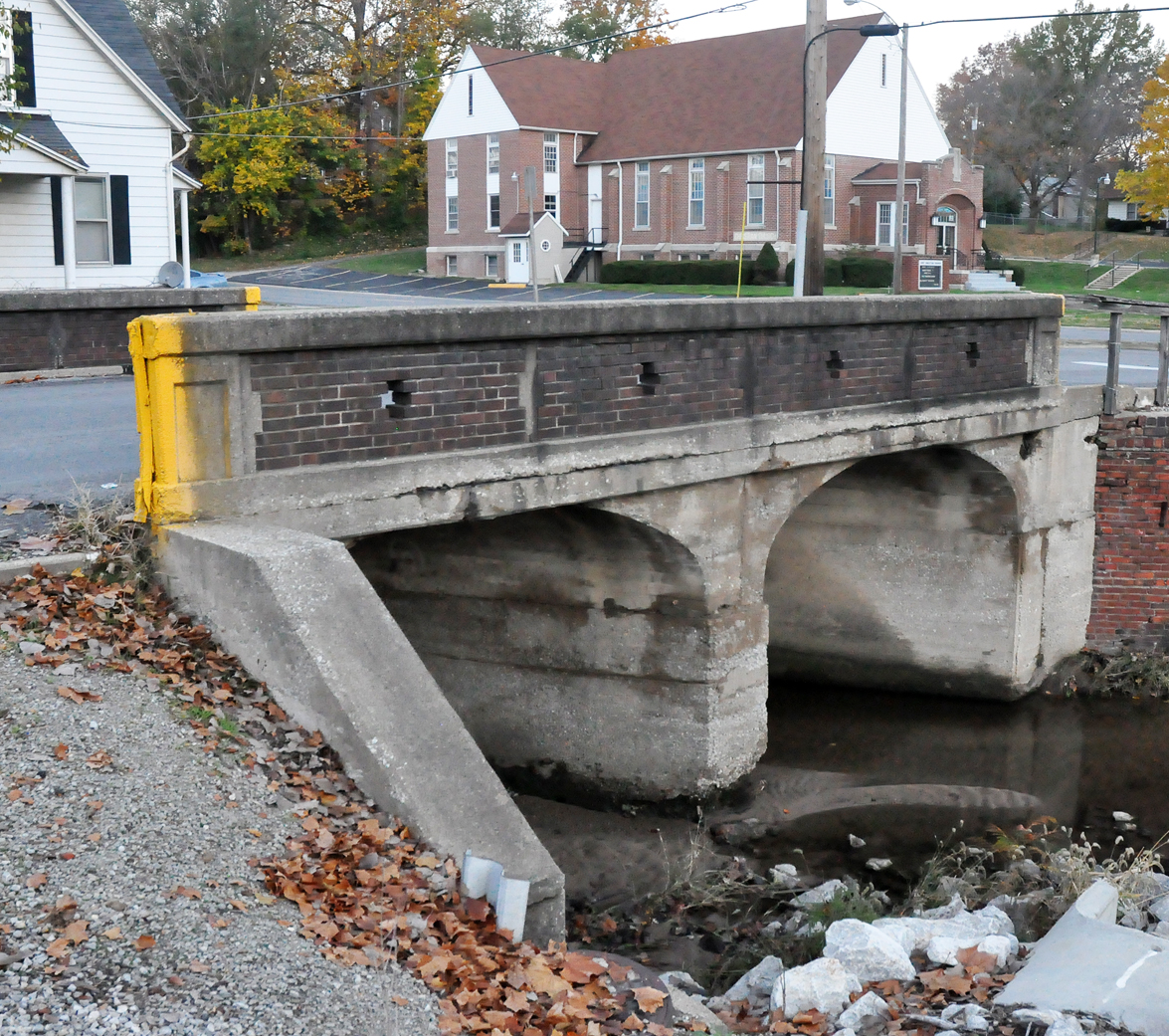 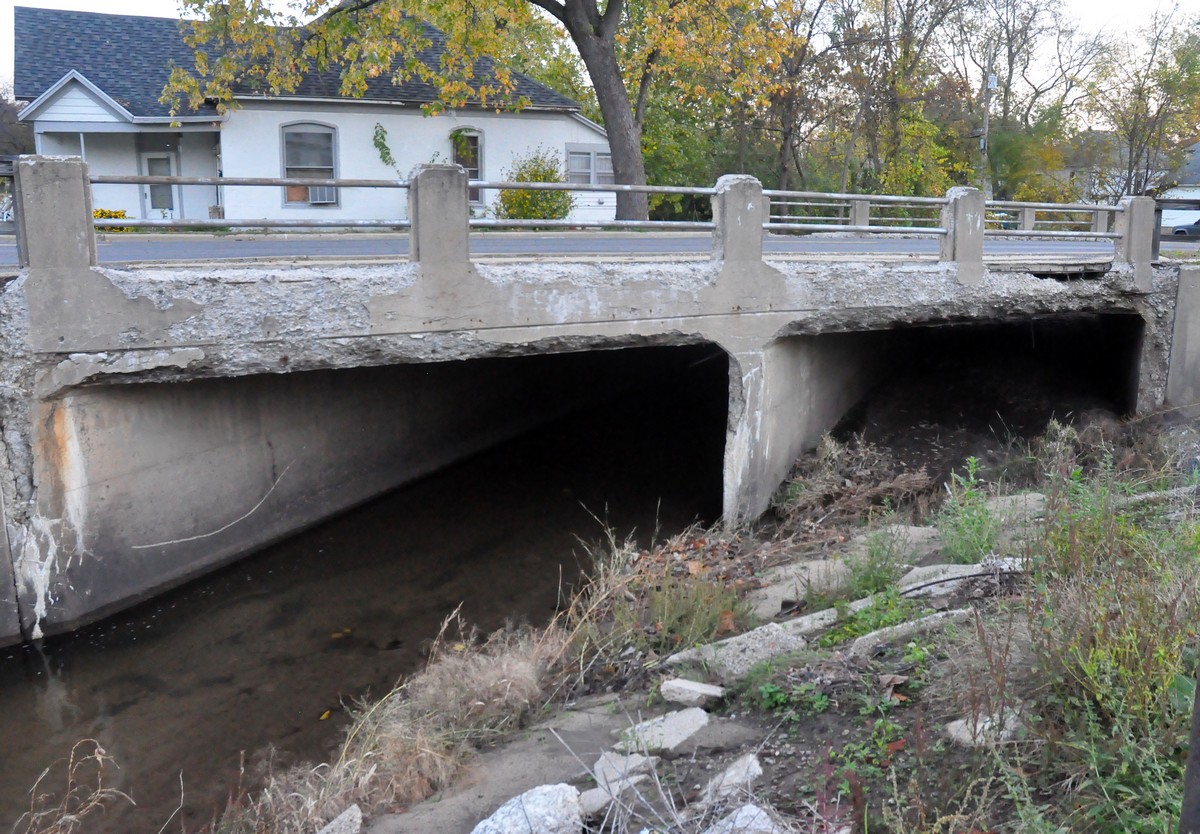