BEECHER CITY – St. Elmo regained its focus after a lopsided loss to take third place at the Egyptian-Illini Conference Tournament on Saturday.

The Lady Eagles suffered a 16-1 setback against Ramsey in the semifinals, but St. Elmo scored seven runs in the first two innings of an 8-4 win against Beecher City in the third-place game.

“It was good to see them get their focus back and play a good game,” said coach Tom Fedrigon. “Samantha (Austin) pitched fantastic, and the defense played well behind her.”

Junior Megan Maxey was hit by the first pitch of the game, and junior Savannah Feezel homered after two outs to give the Lady Eagles a 2-0 lead.

St. Elmo then used five hits, two walks and an error to produce five second-inning runs to extend that lead.

Tiffany Austin walked to open the inning and Candace Crum followed with a single. After a strikeout, Darby Moss reached first on an error to bring home Austin and Crum would score on a wild pitch.

Maxey was hit again, and Dani Austin followed with a two-run single to center, and she would later score on a throwing error.

Feezel, Samantha Austin and Tiffany Austin hit three straight singles, but the Lady Eagles were unable to turn those two-out hits into any more runs.

Samantha Austin had her only tough inning from the pitcher’s circle in the third, when Beecher City had four straight two-out hits to produce three runs.

BCHS would add its fourth run in the sixth when a double followed a lead-off single.

Otherwise, Austin was nearly perfect, striking out three and inducing nearly all of the other outs on routine plays to earn her 10th win of the year.

“She threw only (14) balls the whole game,” Fedrigon said. “She stayed ahead of hitters and didn’t let them string several hits in a row.”

Crum doubled in the fifth but was thrown out at the plate, but St. Elmo added an extra run in the sixth, with Feezel doubling home Dani Austin.

Feezel finished the game 3-for-3, with three RBI to lead St. Elmo’s offense. 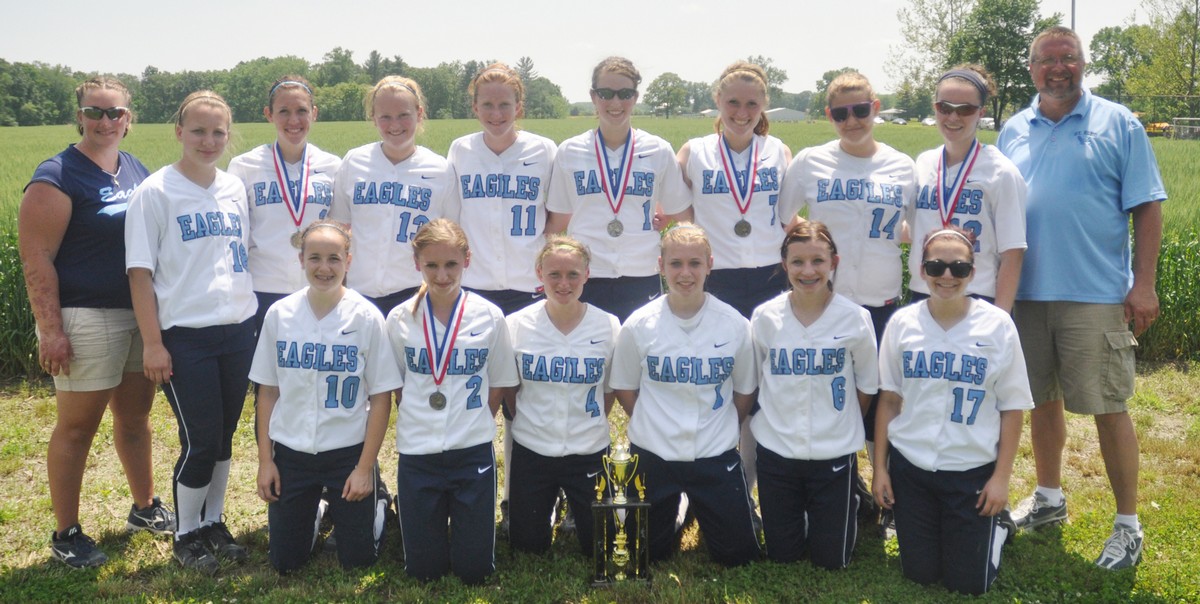